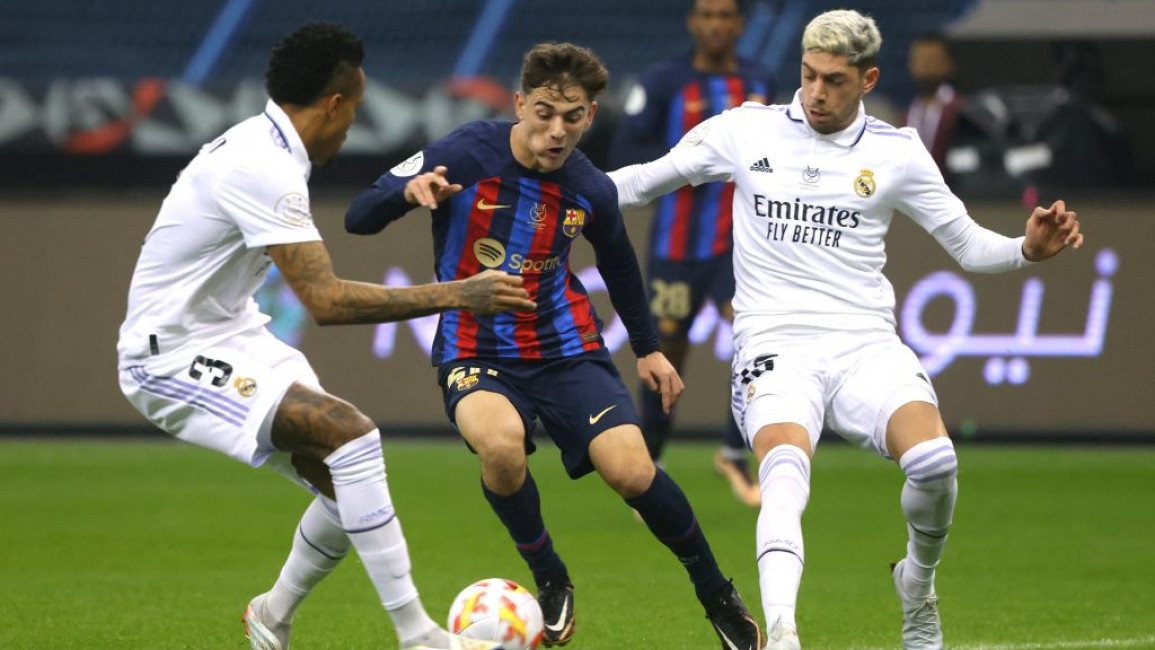 Barcelona were crowned Spanish Super Cup champions after goals from Gavi, Robert Lewandowski and Pedri earned them a 3–1 win over bitter rivals Real Madrid in Saudi Arabia on Sunday.

Barcelona were dominant in every aspect of the game and took advantage of three mistakes by Real Madrid to score.

Manager Xavi Hernandez sprung a surprise as he shifted from his usual 4–3–3 system to play an extra man in midfield with only Lewandowski up front, while centre back Ronald Araujo was deployed at right back in order to try to slow down Real’s electrifying winger Vinicius Jr.

Vinicius was largely anonymous, while playing Gavi through the left channel paid dividends as the youngster scored the opener and delivered two assists.

"We strengthened the midfield to look for taking over that area and Araujo was really good stopping Vinicius counters, we left them with no options and felt very comfortable," captain Sergio Busquets told TV platform Movistar Plus.

"We knew that it was an opportunity that we had to seize, we are going through a time of changes in the club and in the dressing room and this win will strengthen us to continue fighting for more titles."

Barcelona took the lead in the 33rd minute after Real defender Antonio Ruediger gave the ball away to Barca's Sergio Busquets, who began a move that ended with Gavi all alone inside the box to score with a precise left-foot strike.

Lewandowski extended the lead 12 minutes later on the counter when defender Dani Carvajal was caught out of position and left Gavi alone on the left wing.

Frenkie de Jong saw his team mate ghost into the empty space behind Carvajal and delivered a superb ball through.

He sprinted through the left channel before putting it on a plate for the Polish striker, who tapped into the back of the empty net.

Real Madrid, who had no shots on target in the first half, spent most of the second in panic mode, trying to avoid a bigger defeat.

Yet, once again a costly mistake allowed Barcelona to score. Substitute Dani Ceballos lost the ball in midfield and Gavi sprinted forward and crossed for Pedri to fire point-black into the empty net.