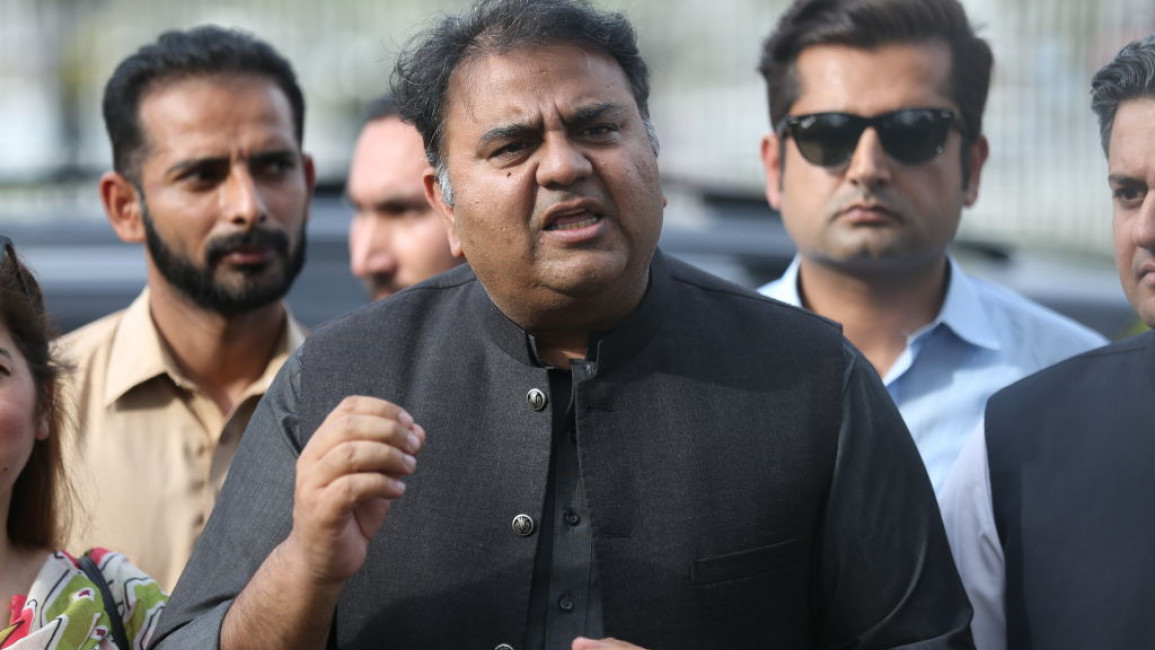 An aide to former Pakistan prime minister Imran Khan was arrested on Wednesday for criticising election officials, police said, the latest case brought against the opposition as it tries to force early polls.

Fawad Chaudhry, who was information minister under Khan, was detained in a pre-dawn raid on his home in the eastern city of Lahore.

Chaudhry is accused of having "harassed and intimidated" election commission officials and their families in televised comments on Tuesday, according to a police report shared by his Pakistan Tehreek-e-Insaf (PTI) party.

The charges, lodged in the capital Islamabad, also say he is being held under sedition legislation because he "tried to cause an impediment in the election process of the state".

Khan's populist PTI government was ousted by a vote of no-confidence in April 2022 after his coalition partners switched allegiance.

Fresh elections are due no later than October, with Pakistan mired in political and economic uncertainty.

PTI is pushing for early polls, holding rallies, pulling out of parliament and dissolving the two provincial assemblies it controls in a bid to force the government's hand.

Khan and other PTI leaders have been caught up in a slew of court cases, a common hurdle facing opposition groups, which rights monitors say are orchestrated to shut them out of office.

The police report shared by PTI cites Chaudhry describing the Election Commission of Pakistan as "clerks" signing off the orders of the government of Prime Minister Shehbaz Sharif.

"If you are so weak then better you should pack up and go home," he said, according to police.

Chaudhry earlier told reporters: "We warn the election commission, its members and their families that, if the series of abuses against us continues, you will have to pay back."

Khan, a former cricket star, was turned out of office as the economy slid backwards and he lost the backing of the military establishment, which is considered the true powerbroker in Pakistan.

Khan was shot in the leg at a political rally in November and blamed the assassination attempt on an army officer and Sharif, without offering evidence.

The nation of more than 220 million is in dire economic straits with runaway inflation, scant foreign exchange reserves and stalling bailout talks with IMF lenders.