Child slavery in Mauritania: A generation in search of freedom

Child slavery in Mauritania: A generation in search of freedom
Society
5 min read
Al-Araby Al-Jadeed Arabic edition
Mauritania abolished slavery in 1981, the last country to do so, but the practice remains deeply rooted in society. 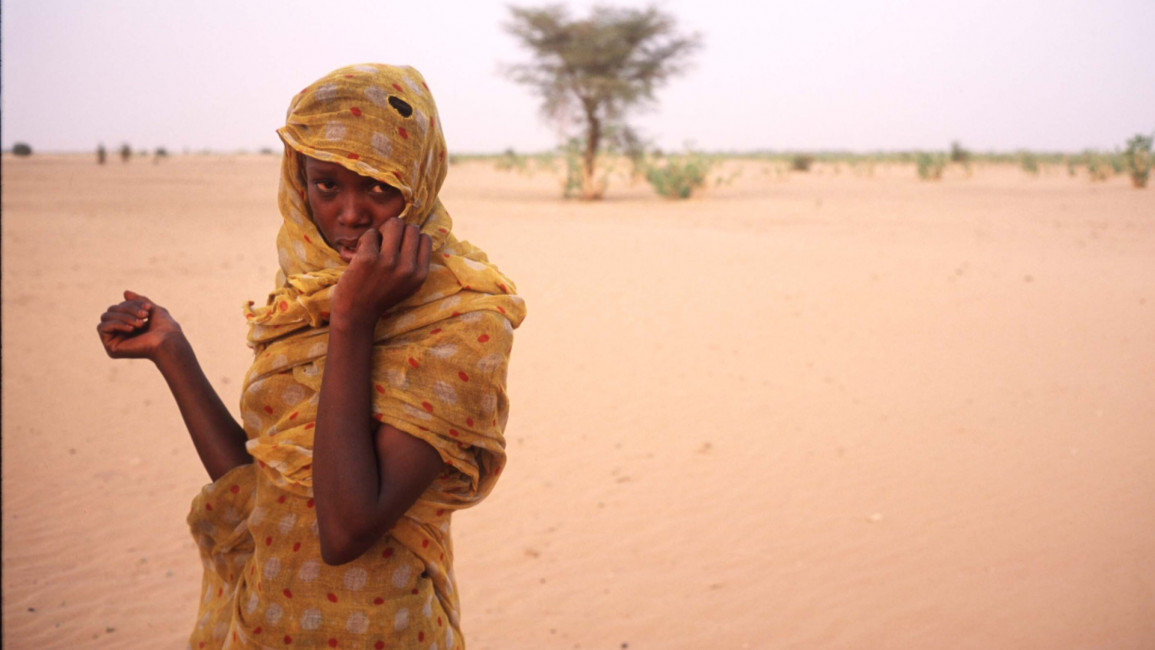 Fatima al-Mabruk, in her thirties, is the mother of nine-year-old Mohammed, who was given the surname al-Abid.

It means the "slave" and is a title that betrays the life of servitude that both mother and son were born into, and which thousands of others still suffer in present-day Mauritania.

Speaking to The New Arab's Arabic-language site, Fatima's testimony tells of the lives of thousands in a country that has ostensibly criminalised slavery but which sees children still born as slaves to be worked or "lent out", of young girls sexually exploited and of whole lives lost to the travails of hard labour without pay or hope of freedom.

"They would leave Mohammed in charge of the cattle," Fatima says, "while I would do the grazing and watering, as well as cooking and other household chores, such as washing clothes and bringing water from the wells. In return, we would not be paid, but were given food and drink."

While Mauritania officially abolished slavery in 1981, becoming one of the last countries in the world to do so, slavery has remained an endemic feature of Mauritanian society.

Abolitionists and rights organisations have regularly highlighted the continuation of slavery and forced labour, with reports of sexual exploitation of children and the ownership of whole family lines replete.

It was only in 2007 that slave ownership was criminalised in the country, and activists still claim that government inaction is complicit in the continued slavery of tens of thousands of people.

Fatima al-Mabruk was born a slave. The family that "owned" her had also owned her mother. When Fatima had two children – Muhammad and Maryam – the same family became their masters.

Just as was the experience of mother and grandmother, the lives of the children were also to be marked by ownership and forced labour without pay. "It is true that we were not beaten, but we are kept as slaves," she says.

In Mauritania, slavery passes down through the generations, Ahmed Ould Habibiallah, a professor of history at the University of Nouakchott Al-Aasriya, tells The New Arab's Arabic-language site.

With Mauritanian tribes living along the Mali border continuing to uphold the tradition of slave ownership, slaves are passed down or "inherited" from generation to generation, Ould Habibiallah adds.

The slaves own identities, and names are inextricably linked to the tribes to which they belong.

When slaves bear children, those children belong to their masters, Ould Habibiallah says. Therefore, child slavery in the country continues with the persistent practise of "inheritance" of the slave status from mother to child.

For Fatima, her children always "belonged" to another. Despite marrying a "free man", Mohammed and Maryam were always the property of the family who had owned her. To free them, her husband would have to pay her master.

The "renting" or "lending" of children is also a feature of the world of slavery in Mauritania, Ould Mohamoud adds, with the price of their labour given as payment to their masters.

With Mauritanian society stratified with different ethnicities occupying distinct positions in a caste-like hierarchy, especially afflicted are the Haratine peoples, a large ethnic group of Mauritania who themselves emerged as a legacy of slavery in the region. Local rights groups estimate that up to 20 percent of the population in Mauritania is enslaved and that one in two Haratines are forced to work on farms or in homes with no possibility of freedom, education or pay.

The descendants of Black Africans captured during historic slave raids, the Haratines, or "Black Moors", form the bulk of the labour force in the country. With the upper classes in the social hierarchy consisting of the lighter-skinned Berber or Arab beydan ("whites"), a racial element remains pivotal in the persistence of slavery and forced labour across the country.

Slavery in Mauritania is, however, not exclusive to tribal families living along in the rural areas.

According to Brahim Bilal Ramdhane, anti-slavery activist and vice president of the Initiative for the Resurgence of the Abolitionist Movement (IRA), slavery is still present in Nouakchott – the country's capital and largest city, and in Boutilimit – a town located 164 kilometres southeast of the capital.

The Mauritanian government routinely denies that slavery exists in Mauritania. Ahmed Salem Ould Bouhbini, head of the governmental National Human Rights Committee, admits that his committee recorded 12 cases of slavery in the country, including child-slavery, during an operation in various provinces that took place in November 2019. In comments to The New Arab's Arabic-language site, he claims that "there are no slave markets in Mauritania, and the idea adopted by the international community about this is incorrect and exaggerated".

Activists, however, say that figures within the government support slave owners and have directed their hand toward prosecuting anti-slavery activists. Amnesty International has documented more than 168 cases of arbitrary arrests of human rights activists since 2014, at least 17 of whom claimed to have been subjected to torture and ill treatment.

"The courts that were set up to trial crimes related to slavery in Nouakchott and other areas are lifeless," Ramdhane says. "Authorities have failed to take adequate steps to prevent, investigate, prosecute, punish and remedy the widespread practice of slavery."

Both of Fatima's children, Mohammed and Maryam, were freed in October 2017, after getting help from Flambeau de la Liberté. Fatima is still awaiting justice after filing charges against her former master in June 2017. The ultimate goal, however, would be a systemic change in a society and government that do not consider slavery a problem.

Children in Pakistan living next to contaminated floodwater