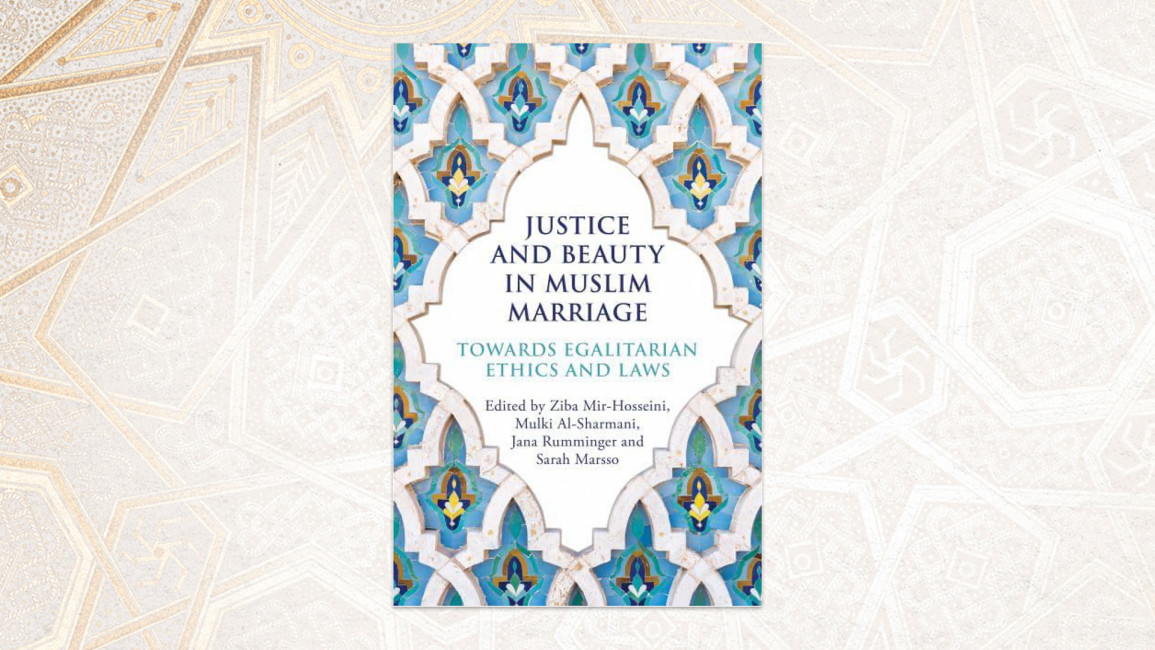 The institution of marriage in Islam is given a high level of sanctity, so much so that many Muslims take the prophetic saying of marriage being half of one’s faith quite literally.

For many parents in Muslim communities around the world, securing their children’s marriage partners is a primary life objective.

While a lot of attention is paid to getting people married in our communities, that focus tends to drop off once the wedding day is over.

"It's definitely a book in which we wanted to explore, present and share with the reader's alternatives, not simply identify problems which we have done in our previous book, Men in Charge? Rethinking Authority in Muslim Legal Tradition"

The constant change in socio-economic circumstances means that divorce rates in Muslim-majority countries have recently skyrocketed.

According to recent statistics in The Economist, more than a third of marriages end in divorce in Jordan, Qatar, and the United Arab Emirates, and almost half of the married couples end up divorcing in Kuwait.

Many young Muslim men and women say that they were not properly educated nor prepared for the realities of marriage, and so they throw the towel in once the first problem arises.

There are also other concerns – a growing trend of inceldom and red pill culture among some young Muslim men adds further issues in terms of the misogynistic views they hold about the role of wives and their expectations for marriage, increasing the likelihood of domestic abuse.

British Muslim women need to know this about marriage

The current literature on offer for Muslims when it comes to marriage education tends to firstly be written by male clerics, secondly, be deeply rooted in traditionalist interpretations of Islamic law which frequently give men the upper hand, and thirdly, the advice given is often idealistic and unachievable in real life settings.

Recognising the need to address these contemporary issues, Musawah, the global movement for equality and justice in the Muslim family, has once again built a body of work in the form of a book – Justice and Beauty in Muslim Marriage – the culmination of four years of research and knowledge-building workshops between female and male scholars of Islamic studies and women’s rights activists, providing a framework for achieving an egalitarian marriage model based on core Quranic principles like ‘adl (justice) and ihsan (beauty and goodness).

By exploring various interpretive approaches towards divine texts like the Quran, the Hadith (Prophet Muhammed’s narrated sayings) and the Seerah (the biography of the Prophet Muhammed) and using the lived realities of Muslim women around the world, Justice and Beauty in Muslim Marriage is a blueprint for anyone who believes in gender justice in marriage, and it remedies many of the issues we currently face as a faith community worldwide.

“It's definitely a book in which we wanted to explore, present and share with the reader's alternatives, not simply identify problems which we have done in our previous book, Men in Charge? Rethinking Authority in Muslim Legal Tradition,” says Dr Mulki Al-Sharmani, Associate Professor of Islamic and Middle Eastern studies at the University of Helsinki and co-editor of Justice and Beauty in Muslim Marriage.

“We can unearth in the Islamic tradition, in the Quran and the sunnah, as well as the interpretive knowledge produced around these two primary sources approaches, values and important theological, spiritual, and ethical principles, and also put forward approaches on how to deal with these texts in order to make the case that marriage is the relationship of equality of mutual care, of reciprocity. And it's also very much part of the spiritual work that we need to do on this earth. It's connected to the wellbeing of not just the family, but the society.”

A (muz) match made in heaven

The main argument of the book is that the current marriage model many Muslims follow is a highly patriarchal one, based on an Islamic legal and ethical framework that was penned by classical male Islamic jurists in the 9th and 10th centuries, one which is outdated when we consider the very many social, economical and political changes that have taken place across the last 500 years. Why are we still adhering to advice that was written for Muslim couples living in the medieval era?

Dr Nur Rofiah, a Postgraduate Lecturer in Qur’an Science and Interpretive Study at the College of Qur’an Science in Jakarta, is one of seventeen contributing scholars to this volume of work.

Her chapter, Reading the Qur’an Through Women’s Experiences, puts forward Indonesia as an example of a Muslim-majority country in which a gender-just approach to Islamic law and divine texts is being introduced, to support women’s well-being and to ensure that Islamic laws and fatwas (religious opinions) are in line with women’s needs and lived realities.

In her essay, she argues that true justice for women, what she terms as haqiqi justice, has still not been achieved in most Muslim societies because of a number of factors, one being that they have not realised that the Quran is a starting point for Muslims to develop upon, with the final goal being complete gender justice.

"The Quran was interpreted mostly by men which neither have women’s bodily experiences such as menstruation, pregnancy, baby birth, nifas (postnatal bleeding), and breastfeeding, nor women’s social experiences such as stigmatisation, marginalisation, subordination, violence, and double burdens based on gender"

“The Quran was revealed to a patriarchal society; it was also revealed in Arabic which also has a patriarchal system in positioning male (mudzakar) and female (mu’annath). Quran used Arabic but it has a value system that is contrary to Arabs [at the time of revelation],” Dr Rofiah explains.

“The Quran was interpreted mostly by men which neither have women’s bodily experiences such as menstruation, pregnancy, baby birth, nifas (postnatal bleeding), and breastfeeding, nor women’s social experiences such as stigmatisation, marginalisation, subordination, violence, and double burdens based on gender.”

The examples Dr Rofiah gives about Indonesia provide a model for other Muslim countries and communities to take inspiration from.

In 2017, the KUPI (an initiative formed by religious scholars and women’s rights groups, training male and female religious figures to promote a holistic approach to religious knowledge and opinion, as well as raise awareness about gender discrimination) passed three fatwas on sexual violence, child marriage, and environmental destruction, that centred the lived realities and experiences of Indonesian women.

It was the first time for fatwas to be made by female scholars of Islamic Studies, fatwas that put the needs and well-being of women at the forefront. This certainly provides hope for the rest of the Muslim world.

One of the biggest obstacles Muslim women across the world face when it comes to knowing their rights in marriage, having their own authority, and achieving equality within their marriage, is access to Islamic legal knowledge. In many Muslim communities, the type of Islamic knowledge that is transmitted by men and women to others tends to be patriarchal. Laywomen may take this knowledge at face value and not question it.

Justice and Beauty in Muslim Marriage seeks to change this. This is not just a book for researchers and academics – it is also a handbook that can be read by Muslim women – and men – and be put into practice, although according to Dr Al-Sharmani, it requires dedication and hard work.

Against White Feminism: Redefining the heroines of feminism

“There are a lot of studies that show women are hungry for religious knowledge and more women are trying to seek it,” she explains.

“We believe very much in the importance of linking scholarship and knowledge-building with activists in order to be able to inform policy-makers and change the family or to democratise the religious domain and have more female voices that are well informed and that can take part constructively in debates about religious discourse and on norms that govern our Muslim communities and societies," she adds.

“In order to do that, it has to be based on solid knowledge. And this knowledge is not just produced and consumed by experts, so to speak, in academia. But it needs to be also a knowledge claimed by and accessible to different kinds of people, and also to value a religious knowledge that is grounded in lived reality, so women would have access to new commentaries about the Quran, Islamic legal tradition and the prophetic sunnah. But also, to make sense of it in light of how they are actually living their lives and what are their needs and does this make sense in, their own private and public lives?”

Justice and Beauty in Muslim Marriage is as spiritually exhilarating, groundbreaking and innovative as its predecessor, Men in Charge? Rethinking Authority in Muslim Legal Tradition.

Both are impactful books with the potential to bring about real social change in Muslim communities around the world, as opposed to idealistic guides to being “the perfect Muslim spouse” that don’t translate well in the real world.

Yousra Samir Imran is a British Egyptian writer and author who is based in Yorkshire. She is the author of Hijab and Red Lipstick, published by Hashtag Press.

Children in Pakistan living next to contaminated floodwater