Lebanese designer Nada Debs has become known the world over for her seamless blend of Levantine craftsmanship fused with Japanese-inspired minimalism.

Two decades on, the designer celebrated 20 years of creative furniture, interior design and decorative pieces with a special showcase at the eighth edition of Dubai Design Week (November 8-13) where she participated for the first time.

The celebration also officially marked Nada’s move to Dubai, where she recently set up a new base of operations and a shift in direction, singling a new era for the brand.

"Geometry to me is a universal language that surpasses culture and nations. And that's something that I really care about, to distil all the different kinds around the world [in my work]"

“I set up in Dubai last year, but it took me about a year to get my anchors here and I thought Dubai Design Week was the perfect opportunity to tell people I'm in Dubai now and also to celebrate our 20-year anniversary,” Nada told The New Arab. “It was really exciting to expand outside of Beirut. The exhibition shows how over the years my business grew organically – I really started by just working from home.

“My whole mission was to figure out who I am as an Arab girl brought up in Japan and coming back to Lebanon was my first step to getting back to my roots and to my work,” she added. “I was a furniture designer in the UK before then and through figuring out what is locally made, I found this world of craft that was unexplored.”

Nada spent most of her formative years in Japan with her family before attending the Rhode Island School of Design. After she graduated, she moved to London and there began making furniture for herself.

She launched her design company in 2001, just a year after moving to Beirut – crafting a contemporary style rooted in craft heritage that would later become synonymous with her name.

“I was trying to find that balance between the minimalism that I grew up with, and then also the craft techniques that I've discovered in Lebanon,” she said. “Finally after 20 years, I feel like the pieces I'm making are really becoming more collectable because they're more intricate and more specific in their design; rather than just a catalogue; something a little bit higher end.”

The Dubai Design Week booth formed a mini salon, intended to be inviting and a place people can sit and relax. Sage green walls added a pop of colour to the natural woods and neutral hues of fabrics Nada favours in her designs – a setup she hopes will make luxury furniture less intimidating and sterile.

On show were two kinds of cabinets, her ‘Zen Sofa,’ a console made from organic material and the brand’s classic ‘Pebble Table’ made with different marble tops and side tables from Nada's new Organic collection.

Art Design Lebanon is fusing art and history at a monastery

Some of her more recent pieces, like the ‘Keeping It Together’ table and bowl were also showcased. The items were created in response to the August 4 Beirut blast in 2020 which severely damaged their Gemmayzeh studio nearby.

Nada re-created some of the pieces destroyed by the blast by using crafting techniques intended for putting broken pieces back together.

“It's really showcasing different types of crafts I've worked, like hand carving, mother-of-pearl inlay, marquetry and also a new kind of cane embroidery, which I have by working with marginal communities to create this,” Nada said. “Everything is produced in Lebanon and my design team is in Beirut, despite my move. For me, being in Dubai is more about myself, sharing my story and introducing my work as a brand.”

Over the years, Nada’s style has changed and matured slightly, moving away from the traditional Islamic or Arabesque geometry featured in her early work, to more widespread geometry and patterns, with intricate details and fluid shapes.

“I'm also getting more colourful. I started with quite sober colours and now it's a little bit brighter and I’m not as hesitant to make bolder choices,” Nada said. “I'm a little bit freer to not just focus on Middle Eastern crafts that people still associate me with.

“In a way, this move is also to show a new era for me – today I'm a little bit more contemporary, and I use less traditional geometry,” she added. “Geometry to me is a universal language that surpasses culture and nations. And that's something that I really care about, to distil all the different kinds around the world.”

The move to Dubai is part of Nada's shift in focus for her brand, seeking to expand it further and reach new markets that intersect with the UAE. It’s a step forward in her greater plans for herself and the future running of Nada Debs as a design label, which she hopes will expand beyond the Middle East.

By solidifying it as a brand – with her son joining the team as the business manager – Nada herself will be able to take a small step back from the day-to-day running of the company, allowing for new designers to come on board as collaborators and for her to explore new avenues of craft in the background.

“I'm still there, but in the same way that Chanel lives on past Coco Chanel with different designers presenting things, I feel like I'm reaching that point,” Nada said. “I really love the way it opens up the horizon for me. I've been working with marginal communities in Afghanistan and Pakistan and I feel like Dubai is part of that route because it's an entrance to Asia.

“My dream is to go down that path and go back to Japan, but maybe I would go to India on the way or go around that region a bit before getting back to Japan, through a craft journey,” she added. “That feels like a really good full circle moment and right now Dubai is a good central point for all these branches.”

Maghie Ghali is a British-Lebanese journalist based in Beirut. She worked for The Daily Star Lebanon and writes as a freelancer for several publications, including The National, Al Arabiya English, Al Jazeera and Middle East Eye, on arts and culture/design, environment and humanitarian topics.

The weaponisation of water and Iraq's climate catastrophe 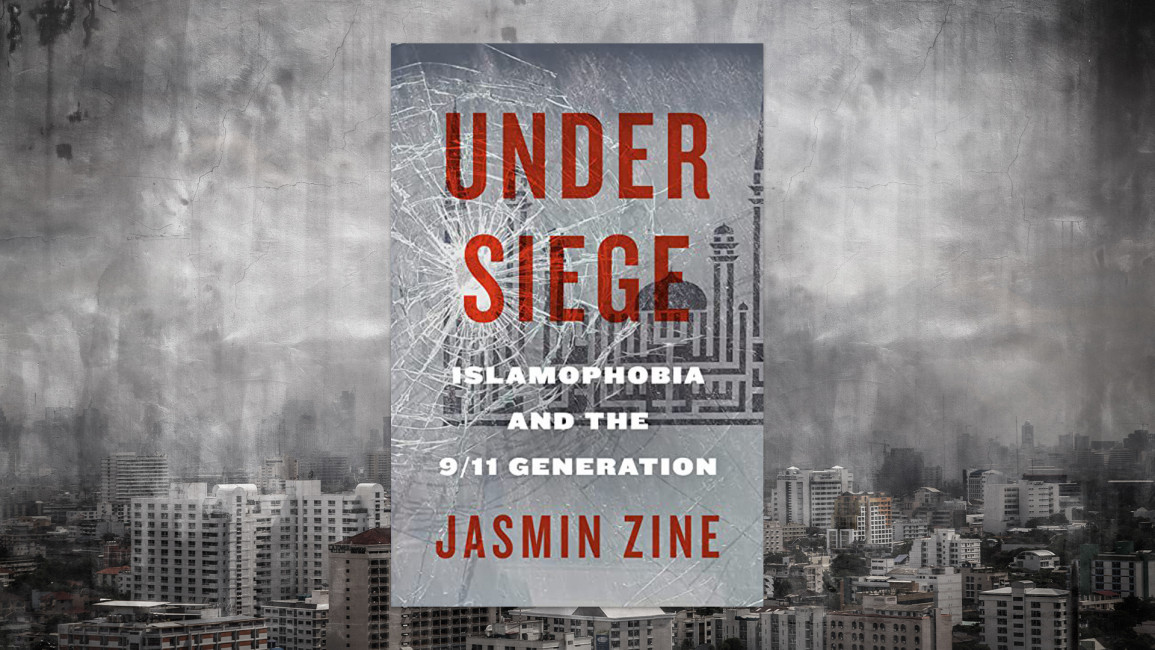 Entrapped and traced: Islamophobia and the 9/11 generation