Although violence in Yemen’s war had decreased in 2022 following a six-month UN-brokered ceasefire, much of the country’s humanitarian suffering has remained unanswered.

And as the conflict enters a new uncertain phase, all eyes are on the role of the international community, particularly those who have supported warring sides.

A new report from Oxfam states that from January 2021 to February 2022, 1,727 military attacks caused civilian casualties or destruction of civilian infrastructure – an average of four each day. The attacks involved the destruction of homes, farms, and other food production sources.

According to the report, 25 percent of the attacks were Saudi Arabian airstrikes. It also noted 19 attacks on hospitals and clinics, 13 of which came from Saudi airstrikes.

"Since the Saudi-led coalition began its intervention in Yemen, UK arms licensed to Saudi Arabia amount to almost £7.9 billion in 547 licences"

“Our findings in the report demonstrate Yemen’s humanitarian crisis has increasingly been exacerbated by the war, and the war has been fuelled largely by external arms and technology exports from countries which support the combatant parties,” Martin Butcher, policy advisor at Oxfam and author of the report, told The New Arab.

The UK's new legal battle over the Saudi arms trade

Oxfam noted that since the Saudi-led coalition began its intervention in Yemen, UK arms licensed to Saudi Arabia amount to almost £7.9 billion in 547 licences.

Although the US ended offensive weapons sales to Saudi Arabia in February 2021, despite continuing some military support including defensive weapons, the UK and other Western countries have continued business as usual.

This has generated fresh concerns that UK weapons could directly be used in the Yemen war and are fuelling Riyadh’s war efforts.

Despite these allegations, the UK has often presented itself as working on the side of international law and has defended its arms sales as lawful.

“We take our export control responsibilities seriously and operate one of the most robust and transparent export control regimes in the world,” a UK government spokesperson told The New Arab.

“We consider all our export applications thoroughly against a strict risk assessment framework and keep all licences under careful and continual review as standard.”

The UK’s own laws say arms transactions should not go ahead when there is a “clear risk” a weapon “might” be used in a serious violation of International Humanitarian Law.

"Our findings in the report demonstrate Yemen's humanitarian crisis has increasingly been exacerbated by the war, and the war has been fuelled largely by external arms and technology exports"

In July 2019, the UK Court of Appeal deemed Britain’s weapons sales to Saudi Arabia were actually “unlawful”. Yet one year later, the Department of International Trade said in a review that attacks on civilians were “isolated incidents” and arms sales to Riyadh continued.

The government also alleged that “Saudi Arabia has a genuine intent and the capacity to comply with IHL in the specific commitments that it has made”.

However, prior to the government reaching this conclusion, the then Minister of International Trade Liz Truss still sanctioned multiple arms transactions to Saudi Arabia and even apologised for “accidentally” doing so.

And as these transactions took place before ensuring they would not be used in combat, Britain’s Conservative government has apparently prioritised ensuring weapons sales to the Saudi kingdom remain undisrupted.

“We have seen an approach to arms licensing among government ministers that is based on ‘this is the law, so how can we interpret the law to make these arms sales happen?’” said Martin Butcher of Oxfam.

In Yemen’s war, the UK has often exclusively denounced Iran’s role in the conflict at the UN Security Council and its backing of the Houthi rebels. In July 2022, the British Royal Navy announced it seized an Iranian vessel containing surface-to-air missiles and engines for land-attack cruise missiles, which it said was heading for Yemen, with the intention of supplying the Houthis.

And amid legal challenges over the UK’s support for Saudi Arabia, it has still sought to protect its relations with Riyadh, to secure its economic relations with the Kingdom and the wider GCC.

After all, London has sought to strengthen its post-Brexit trade with the Gulf region, particularly as talks over a free trade agreement (FTA) with the GCC have progressed over the last year.

The first round of negotiations for an FTA with the GCC took place between 22 August and 29 September 2022. The second round of talks occurred in December, and the deal is hoped to be finalised by the end of 2023.

“In the long run, a deal with the GCC is expected to increase trade by at least 16% and add at least £1.6 billion a year to the UK economy,” according to the Department for International Trade.

This followed a marked surge in bilateral trade between London and the GCC in the last decade (from $19.1 billion in 2010 to around $61 billion in 2019), with the prospect of Brexit prompting Britain to secure more trade deals with the Gulf.

"Talks on the free trade agreement with the GCC have made no mention of human rights, and as they come alongside a continued desire to maintain the arms trade with Saudi Arabia, it indicates the government has sought to put profits over people"

While Yemen remains among the worst humanitarian crises in the world, securing an FTA with the Gulf is currently one of Britain’s top priorities in the Middle East. After all, Prime Minister Rishi Sunak even backtracked on his suggestions that he may move the UK Embassy in Israel to Jerusalem – a policy his predecessor Liz Truss also supported.

Showing the importance of GCC trade to London, Sunak’s U-turn came after ministers and envoys from Kuwait and the United Arab Emirates (UAE) warned Truss that an embassy move would threaten the success of future bilateral trade deals between the UK and the GCC, namely the ongoing FTA talks.

Beyond profits from arms sales and bilateral economic relations, the GCC is also important for Britain’s regional and global geopolitical aspirations. While Britain has key military bases in Oman and Bahrain, enabling London to project power in the Middle East and beyond, the UK and Saudi Arabia signed another defence cooperation plan in December.

The perpetual suffering of Yemen's children

The agreement will bring the two allies “even closer”, according to Defence Secretary Ben Wallace, showcasing London’s continued desires to secure military relations with Saudi Arabia and in the GCC.

Moreover, the FTA would act as a springboard for Britain to enhance its influence and economic clout in the Indo-Pacific – one of the UK’s key near-term foreign policy objectives laid out in the 2021 Integrated Review.

After all, post-Brexit Britain has sought to dominate trade routes and expand Britain’s economic clout in the world, namely by signing various free-trade agreements with different countries. All of which would aim to boost the UK’s stagnating economy and further compensate for the loss of EU trade following Brexit.

"We have seen an approach to arms licensing among government ministers that is based on 'this is the law, so how can we interpret the law to make these arms sales happen?'"

“Talks on the free trade agreement with the GCC have made no mention of human rights, and as they come alongside a continued desire to maintain the arms trade with Saudi Arabia, it indicates the government has sought to put profits over people,” warned Butcher.

Despite ongoing legal challenges over weapons sales to Saudi Arabia, the UK government clearly hopes to maximise its relations with the Gulf.

And with the perceived urgency of penning an FTA and securing post-Brexit economic relations, the Conservatives may seek to avoid disrupting the talks’ progress at all costs.

It remains to be seen if any successful High Court case verdict might sway the Conservatives or any future British government.

Jonathan Fenton-Harvey is a journalist and researcher who focuses on conflict, geopolitics, and humanitarian issues in the Middle East and North Africa 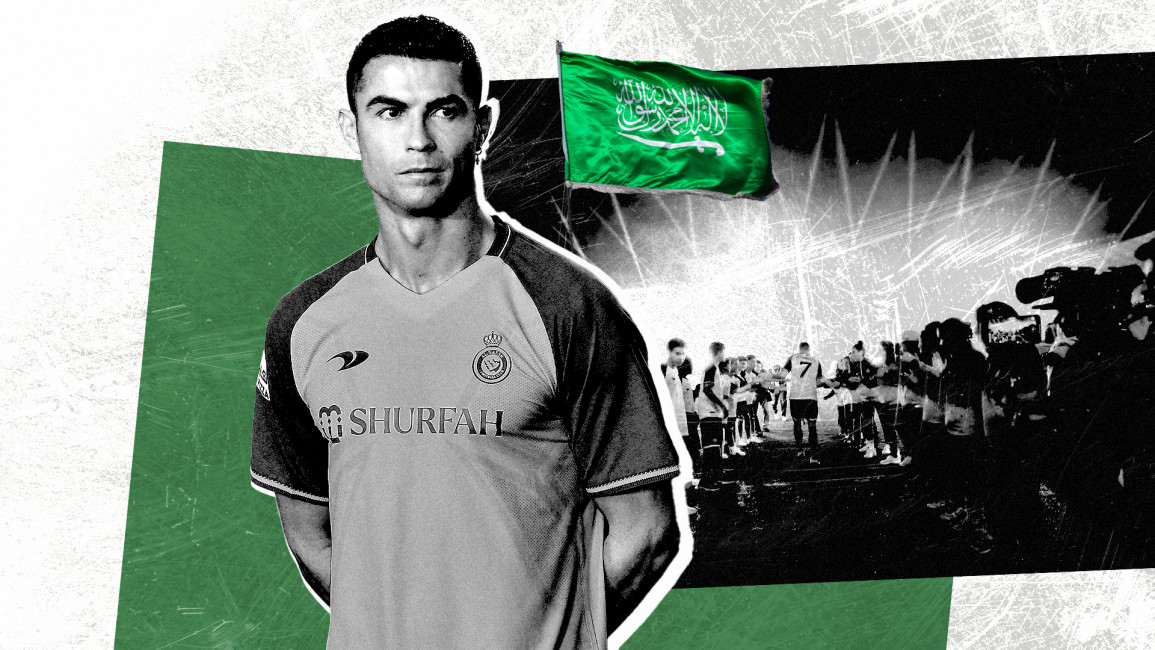 Palestinians brace for a dystopian nightmare in 2023