How al-Qaeda is losing control in southern Yemen

How al-Qaeda is losing control in southern Yemen
Analysis
6 min read
Fernando Carvajal
Analysis: Despite reports of a resurgent al-Qaeda in Yemen, the rise in terrorist attacks may be a sign of weakness rather than strength, as the group is forced to go on the run.

A resurgence in activity by terrorist elements in southern Yemen has uncovered new shifts on the ground.

Elements of al-Qaeda in the Arabian Peninsula (AQAP) are on the retreat, publishing propaganda to remain relevant as southern forces in Abyan expand control of territory and legitimacy among local tribes.

This all coincides with a renewed focus by the US Administration on counter-terrorism activity in the Horn of Africa and Yemen.

"The reality is that losing leaders and control over safe havens has forced the terror group on the run, rather than a resurgent threat as predicted by recent analysis"

Southern forces marched through Abyan primarily to fill a vacuum created by retreating government troops aligned with the Sunni Islamist party al-Islah, engaging in counter-terrorism operations as a result of attacks in Shabwa claimed by AQAP elements.

But the reality is that losing leaders and control over safe havens has forced the terror group on the run, rather than a resurgent threat as predicted by recent analysis.

The US administration also remained engaged in Yemen prior to the resurgence of activity and claims of responsibility by AQAP elements. In June, the White House issued a letter to Congress mentioning ongoing operations in Yemen “to degrade the terrorist threat posed” by Islamic State-Yemen (IS-Y) and AQAP and announced new sanctions on individuals operating in Yemen and the Horn of Africa.

AQAP on the run

Southern forces came under criticism from rivals for allegedly exaggerating the presence of terrorist elements, until AQAP began to claim attacks on Shabwa Defense and the SBF. The start of Operation Arrows of the East coincided with the end of clashes in Shabwa and a surge in terrorist attacks against southern forces across areas held by the STC.

Ayman al-Zawahiri's killing: What next for al-Qaeda?

In May, Shabwa Defense Forces discovered an alleged AQAP leader from Rudum district, Younis al-Qa’ari, and killed him during a gunfight in central Ataq. Terrorist attacks surged in both Abyan and Shabwa against southern forces, including an unclaimed attempt on governor Awad al-Awlaqi in late August.

As the governor of Shabwa cracked down on rebellious units aligned with al-Islah party in early August, retreat by government troops in Abyan opened space for AQAP across the north and east of the province. The STC president and commander of joint southern forces Aydarous al-Zubaidy then announced the start of Operation Arrows of the East to “cleanse [Abyan] of terrorist organisations”.

Elements of the Abyan military axis under Mukhtar al-Nubi, the Fourth Military District led by Fadhl Hassan, and local forces under the governor of Abyan, Abu Bakr Hussein, began to push from Shoqra north toward Lawder and east to the border with Shabwa.

Propaganda posts by AQAP surged following the end of the six-month long UN-sponsored truce. In a major publication by mid-October, AQAP not only repeated its warning for al-Islah regarding potential betrayal by Saudi Arabia, but also called southern forces legitimate targets.

Their most recent video this month showed a small gathering prior to attacks on southern forces in Abyan. The video confirmed the advance by southern forces toward Mahfad district and served to dismiss criticism from their rivals. The video could also serve to dismiss major warnings claiming the group “has potential to re-emerge as a more powerful actor”.

The gathering featured about a dozen men, as opposed to the large gatherings of years past. This recent video may also hint at AQAP’s current role primarily as a disruptor, rather than a major security threat for southern forces, like how the group operates in al-Baydha, targeting Houthi check-points and patrols along isolated roads.

Clear shift in US counter-terrorism strategy

The last reported US drone strike in Yemen was in mid-November 2021, somewhere along the border of Shabwa and al-Baydha. It appears this strike was part of operations conducted across the wider region, where sanctions against the wider network featuring a number of Yemeni nationals have re-emerged as a preferred instrument for the US Administration.

The terror group has not been shy to claim strong links from Pakistan to Somalia, through Yemen. These links are made clear on recent listings by the Biden administration.

While a number of Houthi and Iranian media outlets report the presence of US troops in Yemen in support of the Saudi Arabia-led Coalition, the White House admitted a “small number of United States military personnel are deployed to Yemen to conduct operations against” AQAP and IS-Y. These troops, undoubtedly based somewhere in southern Yemen, appear to focus on intelligence collection and sharing.

There have been reports of major weapons shipments seized by navies taking part in the Combined Maritime Forces. Early this year, UK and US navy vessels intercepted a shipment of Iranian weapons, “including surface-to-air-missiles and engines for cruise missiles.”

In October, the US Treasury Department imposed sanctions on a number of individuals linked to “Shabaab’s weapon smuggling operations…which is largely coordinated through middlemen in Yemen. Some individuals involved are also connected to AQAP”.

A number of weapons shipments seized by the US Navy and its partners across the Arabian Sea include hundreds of light weapons, like AK-47s. Sanctions on Abdirahman Mohamed Omar, linked to the Islamic State (IS) in Somalia, mentioned how he “takes AK-47 assault rifles and machine guns out of nearby Yemen” for terrorist groups.

Fernando Carvajal served on the UN Security Council Panel of Experts of Yemen from April 2017 to March 2019 as an armed groups and regional expert. He has nearly 20 years of experience conducting fieldwork in Yemen and is a specialist in Yemeni politics and tribal relations. 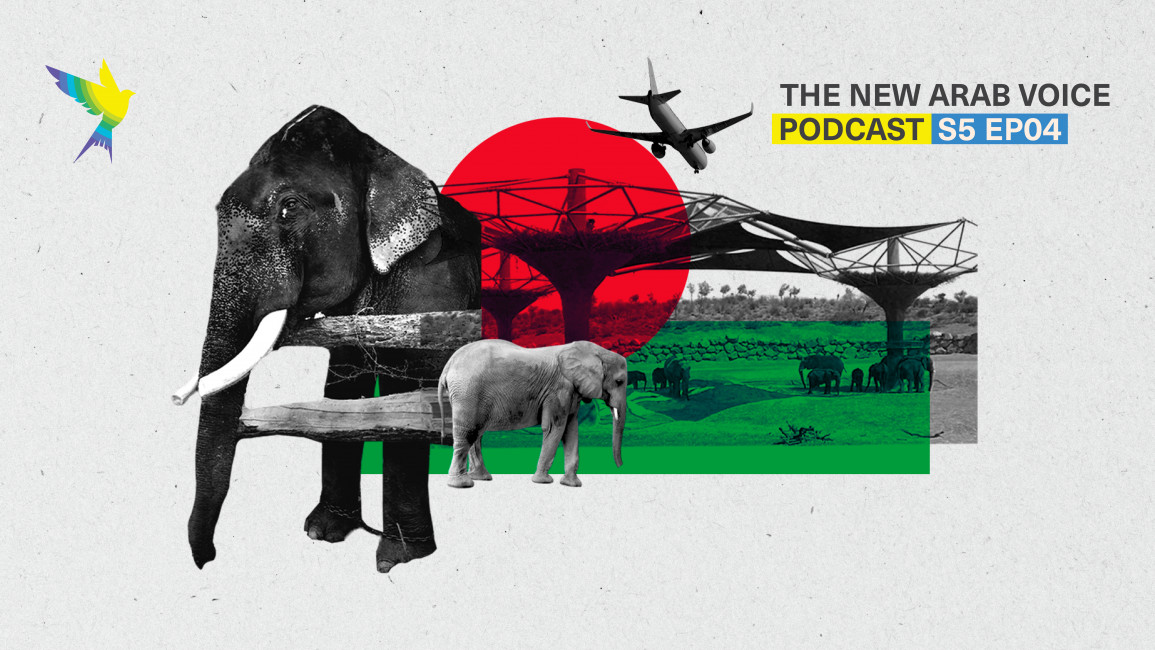 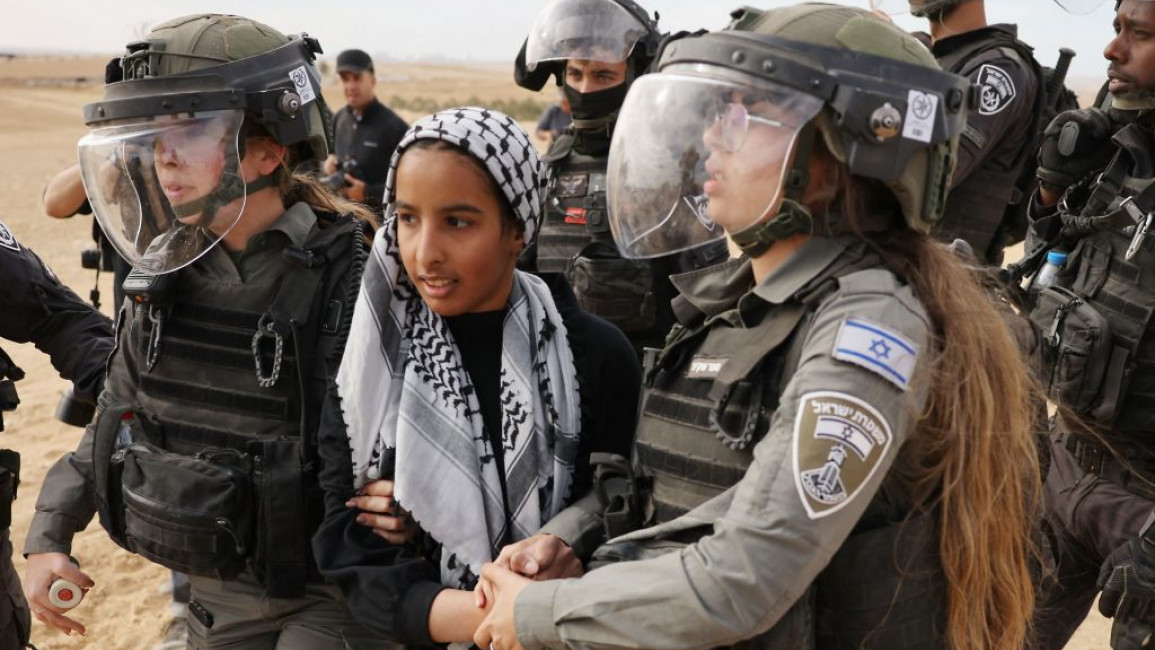