Why are Afghanistan and Bangladesh's crises being ignored?

Why are Afghanistan and Bangladesh's crises being ignored?
In Brief
5 min read

The global humanitarian response for Ukraine showed the level of support that can be mobilised for people in crisis. This treatment must be extended to Afghanistan and Bangladesh where people are facing severe climate disasters, writes Jessica Adams. 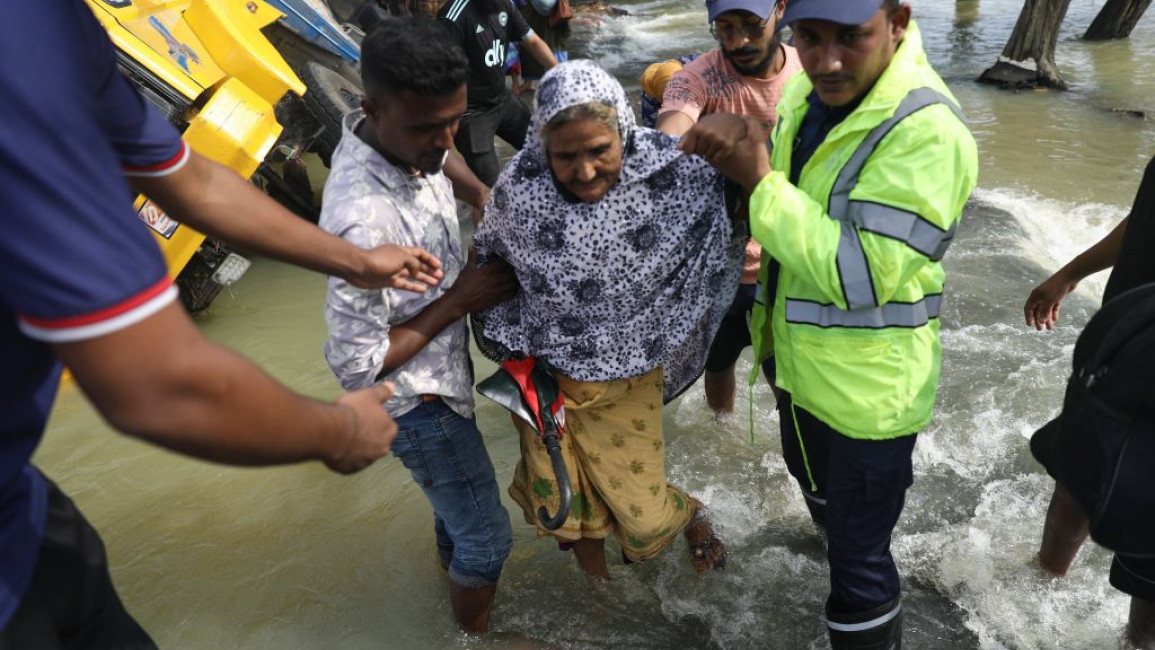 People wade past stranded trucks on a flooded street at Chattak in Sunamganj, Sylhet, Bangladesh. [GETTY]

Last week at the G7 meeting, British Prime Minister Boris Johnson said the cost of supporting Ukraine was one “worth paying”, despite how it has exacerbated the cost of living for those across the globe. Yet, at the same time many other countries enduring humanitarian emergencies and in need of support to alleviate poverty are subject to aid budget cuts from the UK or, in the case of Afghanistan, a suspension of development funding altogether.

The unlimited and unconditional support the international community has shown to alleviate the suffering of the people of Ukraine is to be commended and encouraged, in fact it’s how we should be responding to all humanitarian crises.

The first half of this year, for us at Action For Humanity, has been a tale of three crises. We’ve responded with the equal drive to save lives and change lives in Ukraine, Afghanistan and Bangladesh. However, whilst our desire to help people impacted has been the same across all three contexts, the political response from the West has differed greatly.

''That people know more about Ukraine than Afghanistan, and even more so than Bangladesh, means there is a lack of public sympathy for the latter two disasters. It also means there’s a lack of political will for elected politicians to do something to help NGOs address the urgent humanitarian needs.''

Whilst the situation in Ukraine doesn’t need further explaining, many people may not have heard that last week eastern Afghanistan was hit by a devastating earthquake, which killed over 1,150 people, and destroyed over 3,000 homes. And, in my experience, hardly anyone is aware that over 100 people in Bangladesh have been killed, almost 500,000 people left homeless and over 5 million people are in need of humanitarian support since flash floods began two weeks ago.

That awareness of these three contexts differs so massively, is one of the many facets of this problem. That people know more about Ukraine than Afghanistan, and even more so than Bangladesh, means there is a lack of public sympathy for the latter two disasters. It also means there’s a lack of political will for elected politicians to do something to help NGOs address the urgent humanitarian needs.

With half a million displaced by the floods in Bangladesh, and the earthquake adding thousands to the 4 million Afghans forced to flee their homes, there is a huge need for countries to take in more refugees. Will the UK government be replicating their scheme encouraging people to register to take in an Afghan or Bangladeshi refugee, like they did for Ukrainians? Will the press be holding them to account over not getting their visas processed fast enough? Or, instead, will desperate people be coming to this country to be deported to Rwanda for having the audacity to want a better life?

A flood-affected family in Sylhet of #Bangladesh 😭😭

More than 3M people have been rendered homeless & as many as 5M houses have been destroyed in the recent #floods in #Sylhet.

A British MP told me that they had constituents who had signed up to take in displaced Ukrainians complaining that “their refugee” hadn’t turned up yet. Will these people settle for an Afghan or Bangladeshi family in their spare room instead? We need the same level of will (albeit a slightly less dehumanising level) to take in displaced people, regardless of the country they are fleeing, the colour of their skin or the God they pray to.

Just because they are not European does not make their demand for shelter any less valid.

After all, it is not like we do not bear any responsibility for the plight of people in Afghanistan and Bangladesh. It is the West’s freezing of bank assets and suspension of aid which has plunged Afghanistan into the world’s worst humanitarian crisis, where over 60% of the country are in need of humanitarian aid and 97% of the country could soon live below the poverty line.

Likewise, it is the unsustainable abuse of the fossil fuels and environmental destruction that is causing climate shocks for people in places like Bangladesh. And crisis caused by climate shocks need the same level or urgency to be stopped as those brought on by war. Indeed, whilst the people of Ukraine are on the front line of a human conflict, the people of Bangladesh are on the front line of climate conflict.

There are lessons for NGOs like my own too. With the support of government and donors, we need to empower local community groups and local charities in Afghanistan and Bangladesh, and listen to their needs.

It is impacted communities who need to lead the response and for aid organisations to follow. Once the emergency needs are met, the aid groups then need to stay and support the people to recover and become more crises-resilient.

The Tadamon massacre and the Syrian collective PTSD

Action For Humanity is best known for its work as Syria Relief – one of the world’s leading charities responding to the crisis in Syria. For over 11 years we have been saying the world can do better when it comes to the humanitarian crisis there. This is also the case for Yemen, for Palestine, for the DRC. Ukraine proved us right. We can do better when it comes to a humanitarian emergency and we are doing better. Now we need to do better for everyone, everywhere in their hour of need.

Jessica Adams is Head of Communications and Marketing for Action For Humanity, the parent charity of Syria Relief. Jessica began her career in the humanitarian aid sector in 2013. Jessica is a passionate advocate for the rights of women and children, especially during times of humanitarian emergency.