Western media - UK media in particular - has sank to new depths in its unhinged coverage of the Qatar 2022 World Cup, says Hussam Kanafani, with all semblances of integrity dissolving as outlets pile in with scandalous stories that lack credibility. 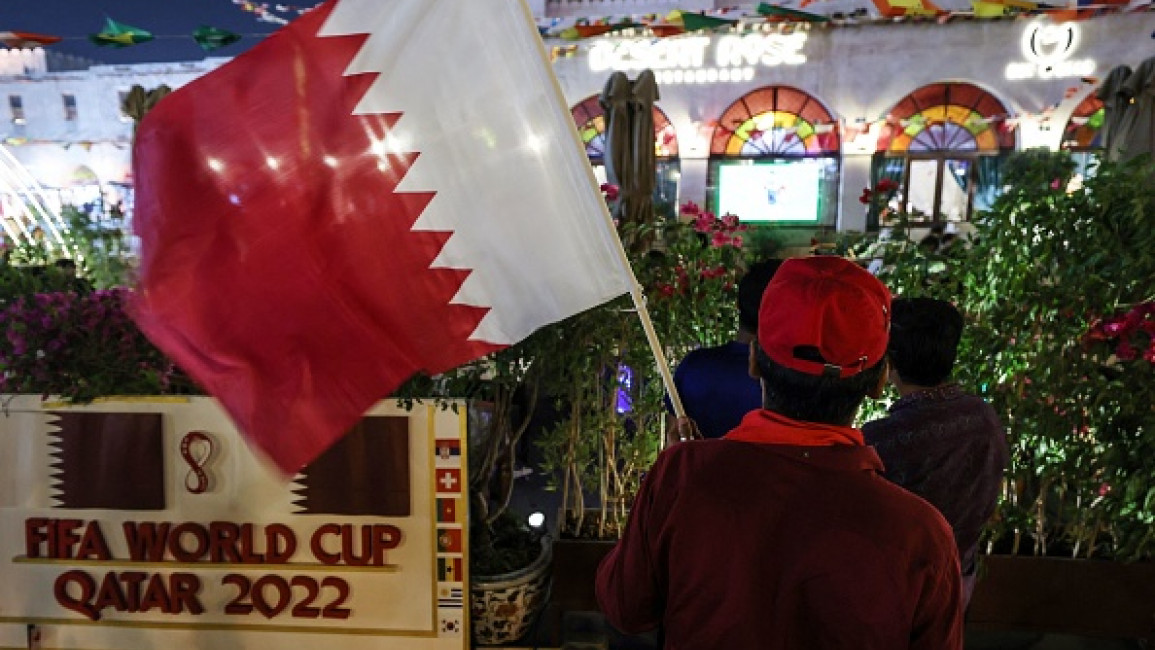 The Western press in general, and the UK press in particular, appear to have lost the plot when it comes to the coverage of the 2022 World Cup happening right now in Qatar. The media hostility is no longer confined to the campaigns which targeted host country Qatar in the run-up to the tournament, which predominantly focussed on workers and LGBTQ+ rights – the attacks have moved far beyond that, to a realm seemingly removed from rationality and logic.

I am not referring to the tabloid papers, which are dubbed across Europe and the UK as the "gutter press" (for their focus on sensationalism, often at the expense of professionalism) – I’m talking about well-established newspapers, broadsheets, which otherwise enjoy a reputation for professionalism. Over recent weeks, when it comes to the Qatar 2022 World Cup, the quality of the coverage of these mainstream papers has plummeted to the gutter.

A recent addition to this "chorus of madness" was a report published by The Daily Telegraph on 25 November (a mainstream UK newspaper with a reputation for credibility - until now at least). The article linked the construction of the World Cup stadiums in Qatar to the Taliban in Afghanistan. The Telegraph used a provocative headline which was then contradicted by the report's contents.

"The Western press in general, and the UK press in particular, appears to have lost the plot when it comes to the coverage of the 2022 World Cup happening right now in Qatar"

The headline - "How the Taliban helped build the stadiums for the Qatar World Cup" - seemed to insinuate without proof that the movement had played a direct, officially-sanctioned role in the construction process, but the article did not go on to back this claim up. Regardless of the fact that sources of the information were unnamed "senior Taliban sources", the report concerned individual Taliban officials who had lived in Doha during the last decade while participating in US-sanctioned peace talks between Afghanistan and the West that culminated with NATO's withdrawal from the country.

Some of these officials had, according to the article, allegedly bought construction machinery and hired it out to building contractors for a profit. Even if this is true, it doesn't establish more than the fact that individual commercial transactions were happening – which happen all over the world in ordinary circumstances, let alone in a country witnessing an unprecedented amount of construction work as it prepared for one of the biggest global events in the world.

However, the newspaper didn't consider the matter from this angle, instead declaring "Taliban involvement" as though the entire organisation had been investing in the construction process.

The same applies to the BBC, long considered the pinnacle of "impartial" and professional news in the UK, but which transformed into a full-on propaganda machine during the build-up to the World Cup and after the kick-off.

While enjoying broadcasting rights to the games, its one-sided coverage pushed many viewers to file complaints, which was then acknowledged by the BBC, which reported that around 1,500 complaints had been made about its 'unfair' and 'racist' coverage.

Western outlets also decided to throw their weight into the media frenzy, suggesting that the World Cup organisers had paid Arab and Indian expats to pose as fans of the teams taking part to come to Qatar and sing during the opening ceremony, with all the racist undertones of such claims.

This is just a small sample from many headlines that have appeared across Western media outlets. Alongside this have been televised commentaries by Western news correspondents, like the French reporter who was "surprised" by the number of mosques in Qatar. While someone could easily say the same regarding the number of churches in Europe, neither statement should be seen as having negative connotations – not for Doha, nor for Europe.

The West's media frenzy shows no sign of abating, however, it can no longer derail the course of the global tournament, which could not be going better.

This is an edited translation from our Arabic edition. To read the original article click here. Translated by Rose Chacko.

Have questions or comments? Email us at editorial-english@alaraby.co.uk

Opinions expressed in this article remain those of the author and do not necessarily represent those of The New Arab.