Turkey’s LGBT crackdown is about silencing all opposition

Yasemin Smallens notes that the repression of LGBT people and solidarity by the Turkish state fits into a wider crackdown on all dissent and freedom of speech as the government attempts to distract from its numerous political issues. 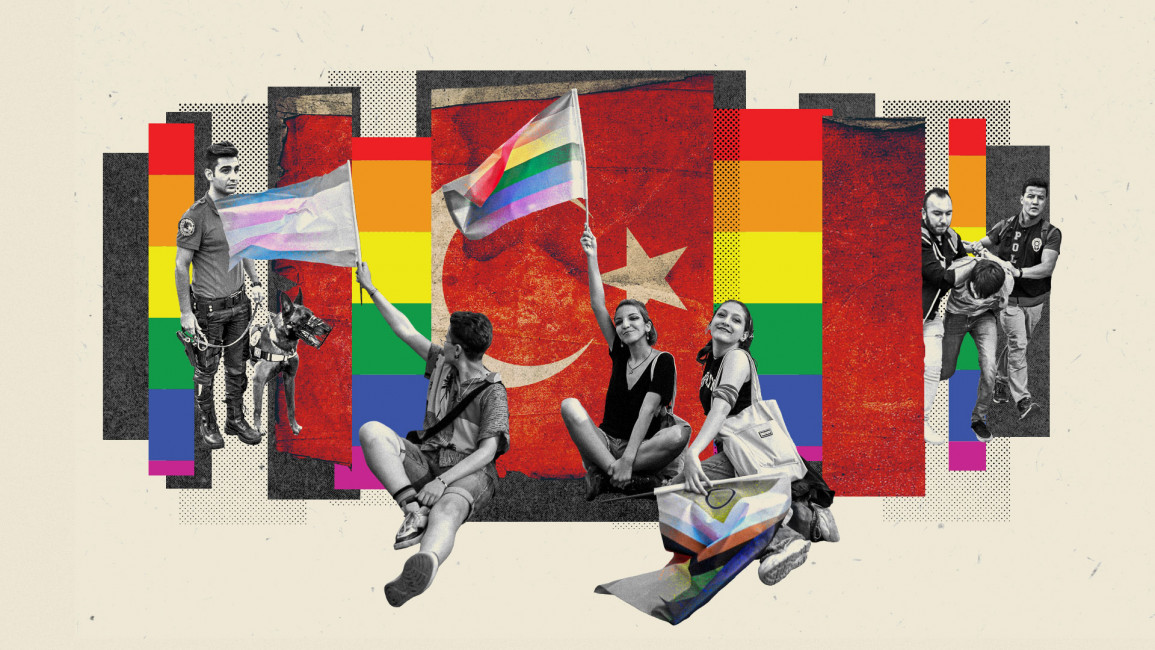 Governments buckling under genuine concerns about how they mishandle inflation, corruption, or the impacts of climate change have long turned to scapegoating unpopular social groups as a cynical strategy for self-preservation, writes Yasemin Smallens.

From Istanbul to Izmir, thousands of Turkish activists took to the streets in protest to commemorate lesbian, gay, bisexual, and transgender (LGBT) Pride month in June. In response, Turkish authorities launched a series of attacks against LGBT rights activists, lawyers, and journalists. Kaos GL, a Turkish LGBT rights group, reported that the government banned 10  LGBT-related events and detained over 530 people in just 37 days.

Many of those detained at Istanbul Pride reported being held and handcuffed, in hot vehicles without food or water for long periods. The majority were detained overnight. Police also prevented lawyers from meeting with clients in a timely fashion, making them wait as long as three hours – a violation of detainee rights.

Only two lawyers were permitted to meet detainees held on the buses and one was met with violence when she confronted the police about her client. She has even filed a criminal complaint following the incident.

''Turkish authorities’ persistent efforts to sequester LGBT rights as a cultural matter—a threat to moral, religious, and family values—obfuscates the bigger picture: the political context and anti-rights agenda undergirding the government’s crackdown on LGBT rights activists and their supporters. Crackdowns on LGBT rights are part and parcel of the Turkish government’s intensifying campaign to silence opposition voices and dismantle democratic safeguards. ''

This latest string of attacks is a tidal wave in what were already very treacherous waters for LGBT people in Turkey. The government’s assault on LGBT rights involves taking measures to undermine freedom of expression, association, and assembly for those endorsing or allegedly endorsing pro-LGBT rights speech and then, seeking to justify these violations under the guise of upholding public morality.

Since 2015, the government has executed an extensive campaign to break-up LGBT rights public events, including Pride marches and, in Ankara, all LGBT events and public LGBT-related discussions from 2017 to 2019.

In numerous instances, the authorities have pursued legal action against activists and organisations for their support of LGBT rights and detained journalists reporting on Pride events. The government has also censored media and fined outlets positively portraying or allegedly positively portraying LGBT people.

These anti-LGBT efforts have largely been undertaken in the name of protecting the public from immorality and “perversion.” Government officials have taken the public stage to cast LGBT people as antithetical to “Turkish social values” and as a threat to families and children.

In March 2021, after the government received widespread domestic and international criticism for withdrawing from the Council of Europe Convention on Preventing and Combatting Violence against Women and Domestic Violence (known as the Istanbul Convention), officials responded with an anti-LGBT statement and declared that they withdrew from the convention because it is being hijacked by groups to normalise homosexuality.

Homophobic government statements like these have reverberating effects in the public sphere, where LGBT rights groups have documented a dramatic rise in anti-LGBT rhetoric in the news.

Turkish authorities’ persistent efforts to sequester LGBT rights as a cultural matter—a threat to moral, religious, and family values—obfuscates the bigger picture: the political context and anti-rights agenda undergirding the government’s crackdown on LGBT rights activists and their supporters.

Crackdowns on LGBT rights are part and parcel of the Turkish government’s intensifying campaign to silence opposition voices and dismantle democratic safeguards.

In recent years, Turkish authorities have met political dissent with growing hostility, arbitrarily detaining and prosecuting human rights defenders, pro-Kurdish politicians, women’s rights protesters, student activists, independent journalists, and other perceived government critics. The government and bodies acting under its control have imposed punitive sanctions on independent radio and television networks. They have pursued individuals for social media posts that have not advocated violence, with prosecutors charging them with such offences as “insulting the president” and “inciting public enmity.”

Turkish authorities have outright banned more than 349,000 websites in the past 5 years.

Such sweeping actions occur in the context of widespread and systematic government violations of free speech and democratic norms that accelerated after the coup attempt in 2016.

The worst and most pervasive manifestation of the government’s campaign has been the routine targeting of perceived political opponents and critics with baseless charges of spreading terrorist propaganda and membership of terrorist organisations, positioning these individuals not only as outside the nation, but an existential threat to it.

As human rights are sacrificed by invoking vague threats to national security, public order and morality, those marked as “outsiders,” have become expeditious targets and scapegoats. This tactic is neither novel nor original. Governments buckling under genuine concerns about how they mishandle inflation, corruption, or the impacts of climate change have long turned to scapegoating unpopular social groups as a cynical strategy for self-preservation.

Turkey’s dive deeper into the trenches of authoritarianism endangers not only LGBT people but everyone who wants  to express dissent and to seek a democratic future for the country in which everyone’s rights are upheld.