After nearly a year of fighting, both sides are now stepping up their military tactics in a way that could escalate the deadly conflict further, with each seeing the war as a battle for survival, writes Emad Moussa. 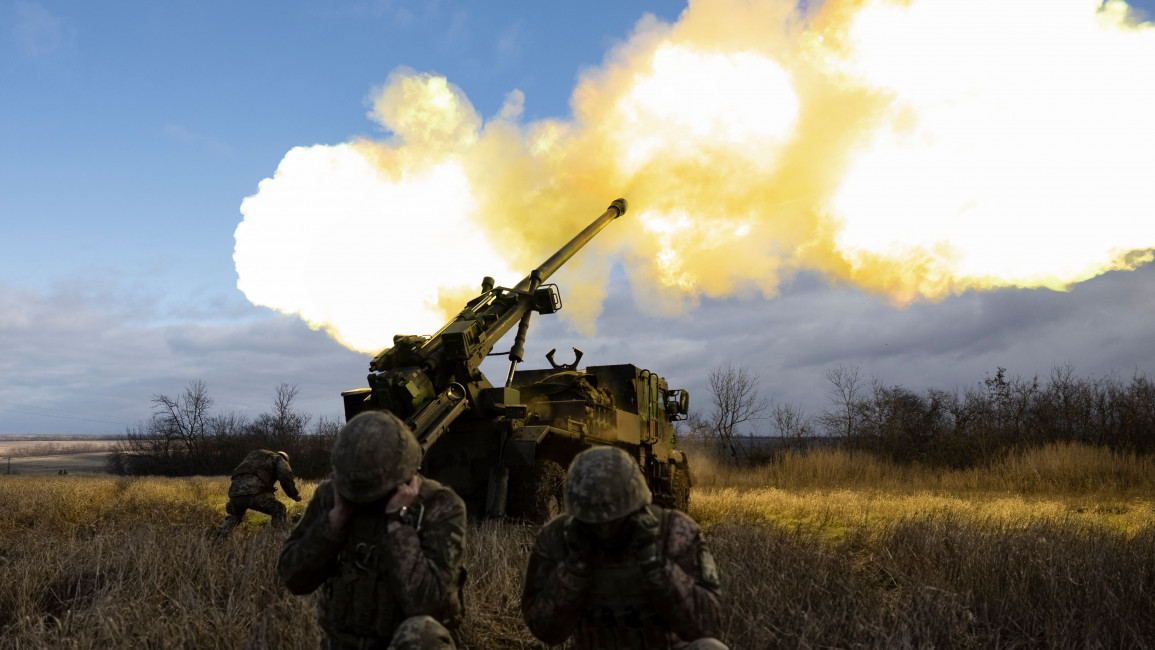 Over the past three months, the Russian troops have increased in numbers and dug in along the Russian-controlled areas in Donbas.

In neighbouring Belarus, Moscow has been massing troops and equipment, as well as conducting military drills since October, raising concerns that the Kremlin is building a striking force out of the newly mobilised soldiers to mount a massive attack in the spring.

Russian officials also hinted that the country is on track to announce another wave of mobilisation and plan to raise the upper age limit for conscription.

The battle for Soledar, a small salt-mining town in eastern Ukraine, has become the Kremlin’s focus to besiege the city of Bakhmut, the strategic transportation hub under attack since August.

"All [these developments] are a significant step-up in military aid to Kyiv that NATO initially deemed a red line, fearing it would be interpreted by Moscow as escalatory"

Moscow’s Wagner paramilitary groups declared they have taken full control of the town, but the Ukrainians say the battle is not over. Capturing Bakhmut would allow Russia to control all of Donbas.

In quantities unmatched in modern history, NATO continues to pour advanced weaponry into the battlefield to sustain Ukraine’s self-defence. As of December 2022, the United States had directed nearly $50 billion in assistance to Kyiv, most of which has been military-related.

The Biden Administration this month agreed to provide the Ukrainian forces with Bradley infantry fighting vehicles and discussed upping Ukraine’s air defence with the sophisticated Patriot missile system. In response, Kremlin spokesman Dmitry Peskov said this is counterproductive to settlement and will not prevent Moscow from achieving its goal.

As the second largest donor, the UK has committed £2.3 billion in military assistance to Ukraine, currently set to send 14 Challenger II heavy tanks to the Ukrainian forces. Germany, meanwhile, has come under pressure from Western allies to provide Kyiv with Leopard tanks.

Russia's recent threat to use nuclear weapons against Ukraine and NATO has thrust the world closer to a nuclear war than it has been in decades. But how likely is it that an attack would materialise, and what would happen if it did, asks @emadmoussa https://t.co/hJV5UFnHVF

All are a significant step-up in military aid to Kyiv that NATO initially deemed a red line, fearing it would be interpreted by Moscow as escalatory. According to US National Security Council's coordinator John Kirby, the additional aid aims to lockstep Russia’s military build-up.

But for Moscow, the build-up is simply a reaction to NATO’s intervention in Ukraine, and Russia is simply acting in [pre-emptive] self-defence.

To Moscow, it is NATO that is exacerbating its sense of insecurity by creeping closer to Russia’s western borders over the years, eventually triggering Putin to react with force: first by invading Georgia in 2008, then Crimea in 2014, and now the much larger invasion of Ukraine.

Further Western support for Ukraine only confirms Russia’s narrative that this is a proxy war with NATO, the US especially, and that Ukraine is only the battlefield, with Ukrainians the human fuel for NATO’s ambitions.

Moscow repeatedly warned that by providing Ukraine with advanced weaponry, training its troops, and/or sharing military intelligence, NATO has become a party to the conflict.

As such, Russian officials now seem to view the conflict in existential terms; that is, unless Russia wins this battle, the price will be the future of the Russian Nation.

Key to Russia’s survival is the creation of a version of Ukraine that is subservient to Moscow’s perception of ethnic nationalism and under its geopolitical hegemony. A Ukraine left unmanaged - goes the belief - will become a Western barrack at Moscow’s doorstep.

This very notion negates Ukrainians’ right to sovereignty and independence, which narrows the Ukrainian option to only “fight to the bitter end or Ukraine will cease to exist.”

With each party entrenched in existential concerns - a war they cannot absolutely and positively afford to lose - the conflict has now steadily progressed into a severe state of stalemate. This is where the warring parties become stuck at a high level of intensity and destructiveness with neither one able to score a breakthrough.

"When each side believe the other is blocking or denying their realisation of a viable future, they are likely to view the conflict as a struggle for survival. Losing will almost certainly be out of the question"

Typically, when each side believe the other is blocking or denying their realisation of a viable future, they are likely to view the conflict as a struggle for survival. Losing will almost certainly be out of the question.

Apply this basic human psychology on a collective scale and you will end up with significantly higher stakes and a much more perilous outcome.

Under such circumstances, the engagement rules that normally prevent the conflict parties from resorting to morally reprehensible measures break down, leading to a bigger cycle of violence and acts of revenge. The conflict, as a result, becomes intractable and more difficult to contain.

We are already witnessing that many of the initially deemed ‘red lines’ on the battlefield have eroded one after another. Russia has resorted to destroying Ukraine’s infrastructure, especially power grids, with consecutive cruise missile and drone attacks, causing mass power outages and water shortages in the capital and other major cities.

It is likely a bid to create a divide between the leadership and the people, and, possibly, trigger a massive refugee flow into the economically burned Europe.

The Russian way of war: from Syria to Ukraine

To break the current stalemate, each party is theoretically required to step up their military and political tactics to increase one’s competitive bargaining against the opponent.

This entails competitive risk-taking, or what Nobel laureate economist and foreign policy scholar Thomas Schelling called “the threat that leaves something to chance,” using both diplomacy and military prowess to coerce the opponent into taking a step back.

At the moment, Moscow seems to have modified its tactics to focus on depleting the Ukrainian forces, first by inundating the battlefield with troops and artillery shells, and second, by sending unarmed missiles and relatively cheap drones to exhaust Ukraine’s air defence capabilities.

"Most attempts by one party to shake off the stalemate thus far have resulted in the other party upping its measures, pushing the situation a step higher on the escalation ladder"

On the other hand, NATO is upping the delivery of state-of-the-art weapons and ammunition to Kyiv to give the Ukrainian troops a fighting chance. The Pentagon has reportedly tapped into its vast stockpile of US ammunition in Israel to help Ukraine replenish its depleted storage of artillery shells.

But if the past ten months have taught us anything, it is that risk-taking and upping the bargaining game are not always guaranteed to yield the desired results.

Most attempts by one party to shake off the stalemate thus far have resulted in the other party upping its measures, pushing the situation a step higher on the escalation ladder.

With multiple parties increasingly involved in the conflict, every vertical step on the ladder could mean horizontal escalation, with a higher chance of hostilities spreading to neighbouring countries.