New Mexico murders: Just like anti-Shia hate, we must denounce the misogyny in this case

New Mexico murders: Just like anti-Shia hate, we must denounce the misogyny in this case
In Brief
6 min read

Following the murders of four men in Albuquerque, New Mexico, sectarianism and anti-Shia hatred were rightly denounced everywhere, however similar uproar was missing when it came to the deep-rooted misogyny of the attacker, writes Alia Waheed. 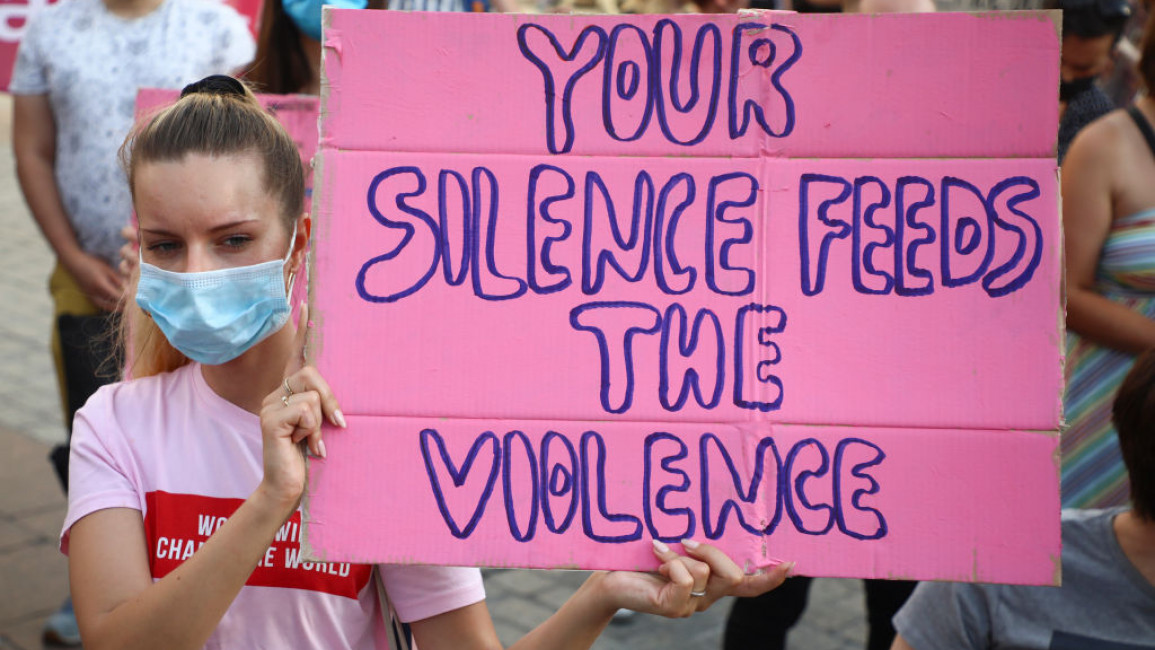 By dismissing the role of misogyny in this crime, we are not only failing to protect victims, but enabling perpetrators, writes Alia Waheed. [GETTY]

Following the murder of four men from the Shia community in the USA, we have been quick to stand up against the sectarian motive of the killings, but why do we remain silent on the violent misogyny that fuelled the rampage?

It was like something out of an episode of CSI, except this was real life. In the small, nondescript town of Albuquerque in New Mexico, an unknown and ruthless killer was stalking and killing Muslim men.

The killings struck terror in the hearts of the small, close knit Muslim community of just 10,000 people who lived there. Many stopped attending evening prayers at the mosque out of fear of being the killer’s next victim, while others talked of moving away.

The first thoughts of the community was that it was some far right, white supremacist influenced by Fox News and the growing wave of anti-Muslim hate which has escalated since 9/11.

''While it has been wonderful to see the solidarity shown by the Sunni community to our Shia brothers and sisters, and rightly so, another story was emerging in the silence. Unfortunately, it seems to be one we were not prepared to listen to: that of toxic masculinity and a history of violent misogyny which had set the path towards the murders.''

We knew it stemmed from anti-Muslim hate, but did not in a million years expect that it would come from a fellow Muslim. But this was the case as police confirmed they had arrested Muhammad Syed, a 51-year-old truck driver from Afghanistan. It later emerges that his killing spree was motivated by his daughter’s decision to marry a man from the Shia community.

Headlines around the world focused on the sectarian aspect of the killings. Though sectarianism remains an on-going problem in some countries, these divides are generally left behind by diaspora communities migrating in search of a better life. There has been little sign of a significant legacy of hate between the two communities in the West. With so few of us here, we would be foolish not to stick together.

The killings gave rise to new conversations – were we being too complacent? Had the spectre of sectarian hate finally followed us here? Sunni organisations fearful of the answer to that question were quick to denounce the sectarian nature of the killings.

While it has been wonderful to see the solidarity shown by the Sunni community to our Shia brothers and sisters, and rightly so, another story was emerging in the silence. Unfortunately, it seems to be one we were not prepared to listen to: that of toxic masculinity and a history of violent misogyny which had set the path towards the murders.

Not once has a space been made for the voices of domestic violence charities, already few and far between and chronically under-funded. We failed to acknowledge how the role Syed’s hatred of women who dare to make their own choices, had motivated him.

Cultural resistance in Palestine through the eyes of women

The evidence was in front of our eyes long before he pulled the trigger. He was known in the community for his explosive temper and police records revealed that Syed had a history of domestic violence. For example, he was infuriated when his wife started driving and assaulted her outside the mosque, leading to him being banned from the congregation.

Like many young Muslim women growing up in the West, Syed’s daughter was torn between two cultures, her father’s strict and domineering nature at odds with the American dream.

According to the New York Times his daughter had called the police on numerous occasions over ‘ongoing verbal and physical disputes with her very conservative Muslim parents.’

On one occasion, she had got into an argument with her parents who wanted one of her brothers to escort her to and from classes at the University of New Mexico.

Although her father denied using violence, police officers noticed several injuries included swelling around one eye. However the case wasn’t pursued by the authorities due to cultural sensitivities and his daughter’s reluctance to press charges for fear of causing trouble within the family  – a reason commonly given by victims of domestic abuse who are terrified of the consequences of reporting.

Gossip spreads like wildfire in small communities such as the one in Alberqueue and it was well known that Syed was furious that his daughter had married a Shia. Except is was more than that. It was the fact that she had defied her father’s tyranny, which he often expressed with his fists, to marry someone of her own choosing.

The failure of the police and communities to take domestic violence more seriously went on to have catastrophic consequences. If you look at other recent killings such as the murder of Sania Khan, the Chicago based Tik Toker, there is always a history of gender based violence behind them.

Inna lillahi wa inna ilayhi rajioon. Just sad & deranged on so many levels that a Muslim would go on a murder spree stealing innocent Muslims from their families because he didn’t want his daughter to marry a Shia man. May Allah have mercy on them & make it easy for the families. https://t.co/NyLedMMvjK

As Robina Niaz, founder of Turning Point NY, one of the few gender based violence organisations for Muslim women in the USA, points out, “when it comes to domestic violence in Muslim communities, the approach to is to dismiss, minimise, or worse completely deny that the issue exists. Faith leaders/imams often avoid the subject until a tragedy occurs. Unfortunately when they do address it, their response is mostly about protecting Islam rather than validating the harm that is being caused to families.”

She also added that the issue goes further, because many understand domestic violence to be limited to physical abuse, overlooking that “psychological, spiritual and financial abuse occurs”

Whether the victimology in this case would have been different if Syed’s daughter had married somebody of a different nationality or religion, nobody can answer that question. Not to mention, it would be of little comfort to the families who buried their loved one.

But by dismissing the role of misogyny in this crime, we are not only failing to protect victims, but enabling perpetrators.

The solidarity with the Shia community is welcome, but we must also have the same solidarity extended to women and denounce gender based violence as quickly as we denounced sectarian violence.

Alia Waheed is a freelance journalist specialising in issues affecting Asian women in the UK and the Indian subcontinent.