Israel’s attacks on Farha, a film which depicts the events of the Nakba, highlight its fears over losing control of its victim narrative, writes Randa Abdel-Fattah. 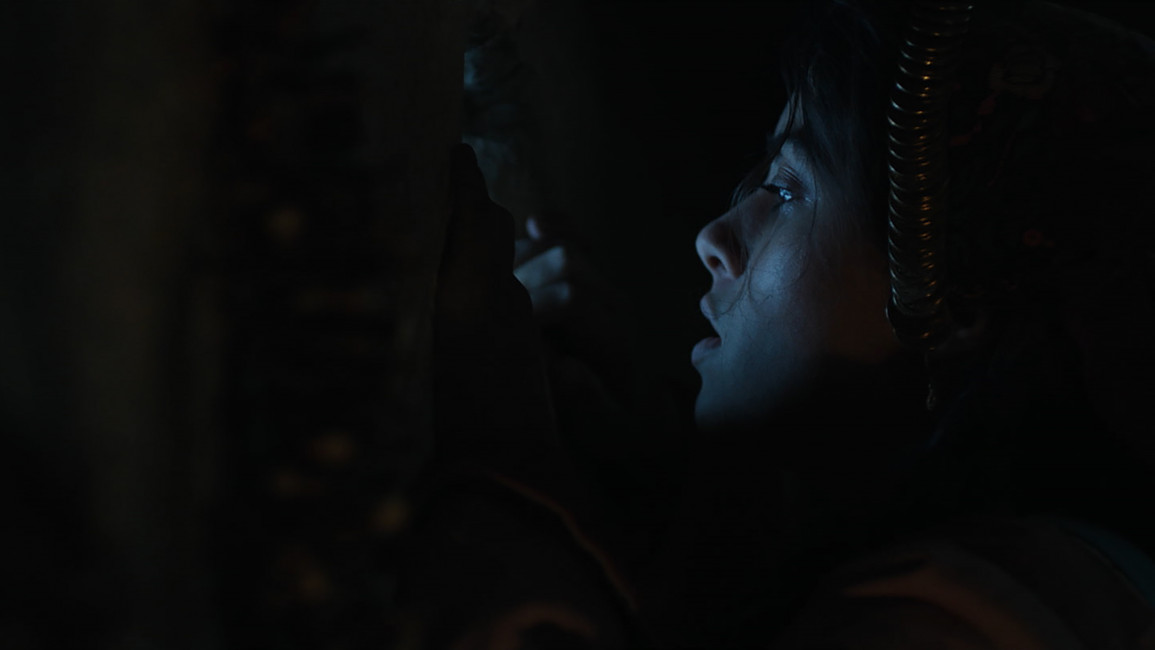 Written and directed by Darin J. Sallam, Farha tells the story of a young girl's traumatic experience during the 1948 Nakba. [TaleBox/Netflix]

Fact: The creation of a Jewish-majority state of Israel was due to the ethnic cleansing of Palestinians from their homeland.

Fact: The creation of the state of Israel in 1948 was due to a systematic process of forced expulsion and population transfer, massacres, terror, biological warfare, destruction of villages.

These are facts. Not opinion, narrativising, propaganda or ‘one-side’. These are the facts: historically verifiable. Declared and shared in the explicit written and oral testimonies of the planners and perpetrators. Recorded in Israeli archives, revealed and chronicled by Jewish historians. Corroborated by witness testimonies. Captured in photographs; documented in oral and written histories; published in memoirs and autobiographies.

Facts: in the still-there ruins of destroyed villages, in the tents that became refugee camps that became permanent exile, in the PTSD that transfers from body to body, generation to generation— all the feel/touch/taste/smell/hear indexes of the Nakba.

There are all kinds of Zionists. Those who deny the Nakba with the same level of evidentiary rigour as those who would insist the world is flat.

There are those who begrudgingly acknowledge the Nakba, but justify it as necessary, ‘just cause’ and so forth. They might, for progressive, liberal-points measure, even throw in words like tragic or intractable.

Then there are those who are proud of the Nakba, who gloat and boast about a job well done, and threaten and warn to do the job again (speeches and pronouncements made in the Israeli Knesset in the ‘only democracy in the Middle East’ is a good place to start).

No matter the script or discursive weapon, every Zionist has one thing in common and reactions to the streaming of the film Farha on Netflix, a film depicting the traumatic events of the Nakba, is stark evidence of this.

1/6 Zionists are having a meltdown because of "Farha" - a film that depicts the story of a Palestinian girl during the 1948 ethnic cleansing of Palestine. The girl witnesses the depopulation of her village & the murder of a Palestinian family including children.

There is nothing new or surprising in the litany of hysterical reactions of Zionists and Israeli officials to Farha. The condemnations and threats are routine whenever somebody dares to claim a tiny bit of space to bear witness to the historical record, and challenge the white washing of Israel.

The fear is palpable because for decades Western audiences have been saturated with films that serve Israel’s racist apartheid settler colonial project and perpetuate lies: that the Jews formed ‘an outpost of civilisation as opposed to barbarism’ in Palestine as Herzl stated. Also, that the Zionists ‘made the desert bloom’; that the land was ‘empty’ or else inhabited by ‘primitive Bedouins’; that Palestinians are ‘terrorists’.

The message has been explicit and totalising: from early films such as The Land of Promise (1935), Exodus, Cast a Giant Shadow or Black Sunday, to the trove of films produced in the 1980s and 1990s by Israeli-owned, Cannon Films, which systematically vilified Palestinians as blood-thirsty, antisemitic terrorists.

The hasbara industry evolved from blackface and brownface caricatures to more sophisticated ‘nuanced’ racist blockbuster productions like Homeland, or Netflix’s global hits Fauda and The Messiah.

Even when the productions are not explicitly within the genre of terrorists/secret agents/special forces, the attempts to market ‘brand Israel’ are insidious, which makes a film like Farha an embarrassing juxtaposition to the democratic, progressive, fun-loving image projected in pro-Israeli cultural and cinematic productions.

Israel no longer needs a film like Exodus when it can use an ensemble legal drama such as the CBS series The Good Wife and The Good Fight as a vehicle for its propaganda. As IDF soldiers execute journalists, murder Palestinians including children and babies, brutalise the elderly, use Palestinian children as human shields, Western audiences are served the character of Marissa Gold, a cute, quirky, smart young woman who also happens to be a former IDF soldier. Gold investigates legal cases as she drops casual references to her time served in some of the most nauseatingly blatant attempts to white-wash a brutal occupying force as fun, sexy, innocent.

A film like Farha raises Israel’s ire not because it genuinely takes issue with the factual basis of the story presented but because Farha is a powerful interruption to the ubiquity of Israeli-propagandist cinema. This is why Zionists campaign so hard against any counter-voices and seek to delegitimise Palestinian testimonies, experiences, suffering, resistance. Tantura, Jenin, Jenin, The Promise, examples abound. Any attempt to expose the myths and lies is swiftly attacked and condemned.

But there is one fact Israel fails to appreciate. The Nakba is not just history. Farha is a film as much about past events as it is about what is happening now, in real-time. It’s hard to take seriously objections to being depicted as violent killers as you simultaneously engage in acts of violent killing.

The Nakba is fact, always fact, forever fact, unfolding fact, no matter Zionists’ denials, obfuscations, smears, intimidation or fantasies. The Farhas of the past and the present will not be silenced.

Abdel-Fattah
https://twitter.com/RandaAFattah
Recent Articles
Eid al Adha: Ummah before the nation state
08 Jul 2022
Australia’s Muslim women’s festival: By and for Muslim women
13 Jun 2022
For Palestinians Eid can be a festival of betrayal
07 Jun 2022
Shireen Abu Akleh and the silencing of Palestine resistance
16 May 2022
View More
More in Opinion