As Mizrahi Remembrance Month draws to a close, Hadar Cohen reflects on the importance of stories by and about Jewish communities from across the MENA being liberated from the grips of Zionist right-wing propaganda. 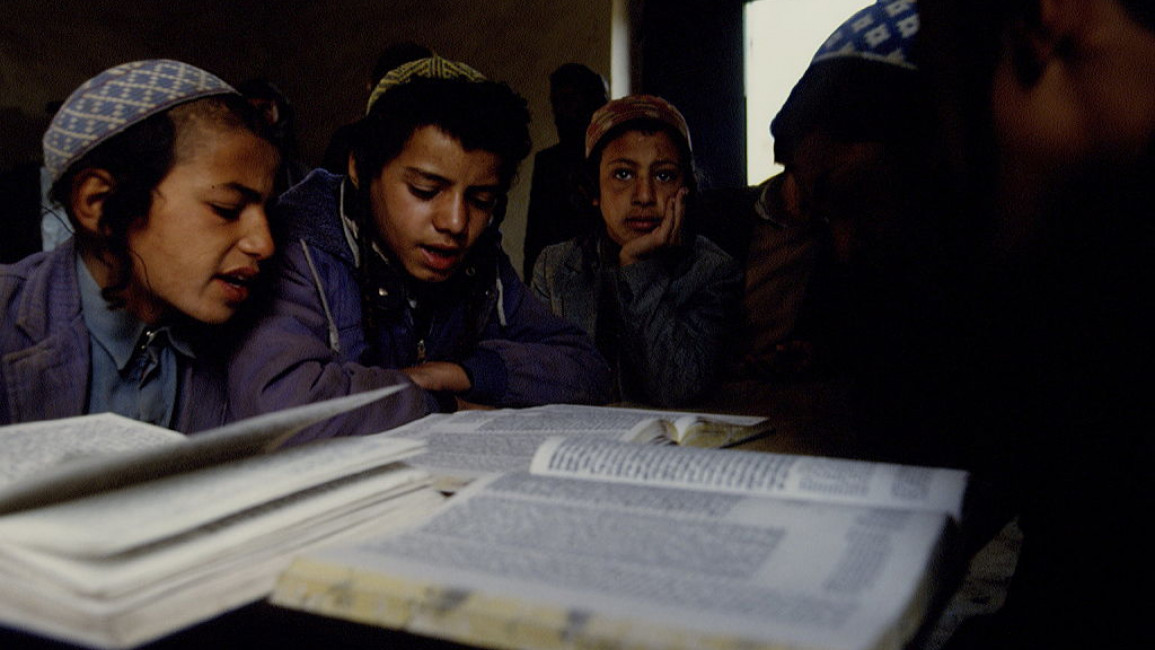 Mizrahi is a political sociological term that was coined with the creation of the State of Israel. It translates as “Easterner” in Hebrew and refers to Oriental Jews - Jews from North Africa and the Middle East, from Morocco, Algeria, Tunisia, Libya, Egypt, Yemen, Palestine, Jordan, Lebanon, Iraq, Syria, Iran, Afghanistan, Uzbekistan and Kurdistan.

This term was created as part of the Zionist project to lump together Jews who were coming from the MENA region into one category. Whether they were Kurdish, Arab, Persian, or Amazigh, this group of Jews were all categorised as Oriental Jews.

''Even as our traumas are distinct, our wounds stem from the same colonial system. The violence and brutality against Palestinians in the form of a militarised regime is at the heart of the Zionist project. Yet Zionism also uprooted Jewishness from the whole region and created relational ruptures between MENA Jews and their wider communities.''

Over the years, this term has become more and more controversial as various Jews desire to connect with their original homelands and not be grouped into a broad category that erases the distinctiveness of each lineage. Some prefer to name themselves as Syrian Jews, Moroccan Jews, etc as opposed to Mizrahi. After all, what does a Tunisian Jew share in common with a Yemenite Jew? Some say a lot, and some say a little.

The problematic nature of the term Mizrahi is an ongoing question and conversation amongst MENA Jews.

Prior to the invention of this term, differentiation between Jewish communities was largely along religious lines. Ashkenazi refers to Jews who were from Central and Eastern Europe while Sephardi refers to Jews from the Iberian Peninsula (Sephard means Spain in Hebrew). Ashkenazi and Sephardi referred to a set of religious practices that differed by region. Before the term Mizrahi, many Jews from the Middle East understood themselves as Sephardic Jews because they were following rabbinic law through the Sephardic Jewish tradition.

The role of Zionism

Yet with the emergence of Zionism, a colonial ideology rooted in anti-Arab racism, racial dynamics were formed between Jews coming from Europe and Jews from the MENA. A racial paradigm between Ashkenazi Jews and Sephardic and Mizrahi Jews was formed, which also led to the confusion and conflation between the terms Mizrahi and Sephardi.

The oriental racism of Zionism applied to MENA Jews as well. For Zionism to succeed, they needed to establish a Jewish majority in Palestine and without MENA Jews, Ashkenazi Jews would be outnumbered by Palestinians. Following the traumas and chaos of World War II, Zionist agents travelled to Arab countries to convince MENA Jews to collaborate with them, selling them a narrative that they were not safe in their homelands, similar to the ways Ashkenazi Jews were not safe in Europe.

Many of these MENA Jews were hearing of the Holocaust for the first time while experiencing rising violence against their communities. Following the Nazi propaganda that emanated through the Arab world, Arab countries collaborated with Zionists to displace their Jewish communities.

1948 created havoc in the region in a myriad of ways. The Nakba led to the displacement of over 700,000 people from Palestine. And still the ethnic cleansing of Palestinian people from their land is ongoing.

In recent years, people have pushed for Israel to recognise the displacement of over 850,000 Mizrahi Jews from their various homelands. In 2014, the 30th of November was chosen as the date to annually mark the Departure and Expulsion of Jews from the Arab Countries and Iran.

While these two expulsions are fundamentally different stories to tell, they are both part of a larger story of fragmentation in the region. Even as our traumas are distinct, our wounds stem from the same colonial system. The violence and brutality against Palestinians in the form of a militarised regime is at the heart of the Zionist project. Yet Zionism also uprooted Jewishness from the whole region and created relational ruptures between MENA Jews and their wider communities.

Sadly, the telling of Mizrahi Jewish stories has been largely hijacked by right-wing Zionist narrative accounts and currently, Israel has a hold on telling the story of Mizrahi Jews.

However, this does not go unchallenged.

This year, The Frankel Institute for Advanced Judaic Studies at the University of Michigan invited scholars for a fellowship on Mizrahim and the Politics of Ethnicity. On the 30 November, they are hosting a symposium on Mizrahi Studies at the Intersection: Rewriting Body, Language, and Cultural Memory. This is one way Mizrahim are hoping to create a space for us on our own terms.

One of the difficulties in this context is that the trauma of Mizrahi Jews is consistently weaponised by a Zionist agenda. Coupled with being rejected from our original homelands and isolated from the Arab region, Mizrahi Jews find themselves in a wedge.

Furthermore, systems of racial oppression are often internalised in the body. We see this with Mizrahi communities and the rhetoric of Zionism – some choose to uphold it whilst some reject it and find solidarity with Palestinians instead.

Anti-Zionist Mizrahim are rarely given a platform to share our stories from our own tongues and the Israeli propaganda machine continues to speak for us. Often, the stories that are shared widely around the world, are those of collaboration with the Zionist project.

Right-wing Mizrahi storytellers are even often funded and given platforms to represent our entire community, skewing the lens through which we are all seen.

Given that Judaism and the Mizrahi Jews have been integral to the MENA region for centuries, the question of whether it is possible to disentangle Mizrahi stories from the hold of Zionism must be posed. Though the month of remembrance may be coming to an end, we must continue to actively imagine what it would mean for our stories to be told by the Arab communities, and not as Israeli propaganda.

Hadar Cohen is an Arab Jewish multimedia artist, healer and educator based in Los Angeles. She is the founder of Malchut, a mystical school teaching direct experience of God through heart centered spiritual traditions. Hadar is a Jewish mystic who works to build decolonial frameworks for worshipping God. She is an artist weaving the spiritual with the political and her artistic mediums include performance, movement, writing, weaving, sound and ritual.