UN envoy: Delaying elections could risk partition of Libya
MENA
3 min read
The New Arab Staff & Agencies
New UNSMIL chief Abdoulaye Bathily has been in post for just over a month - travelling to all parts of Libya to assess the situation. 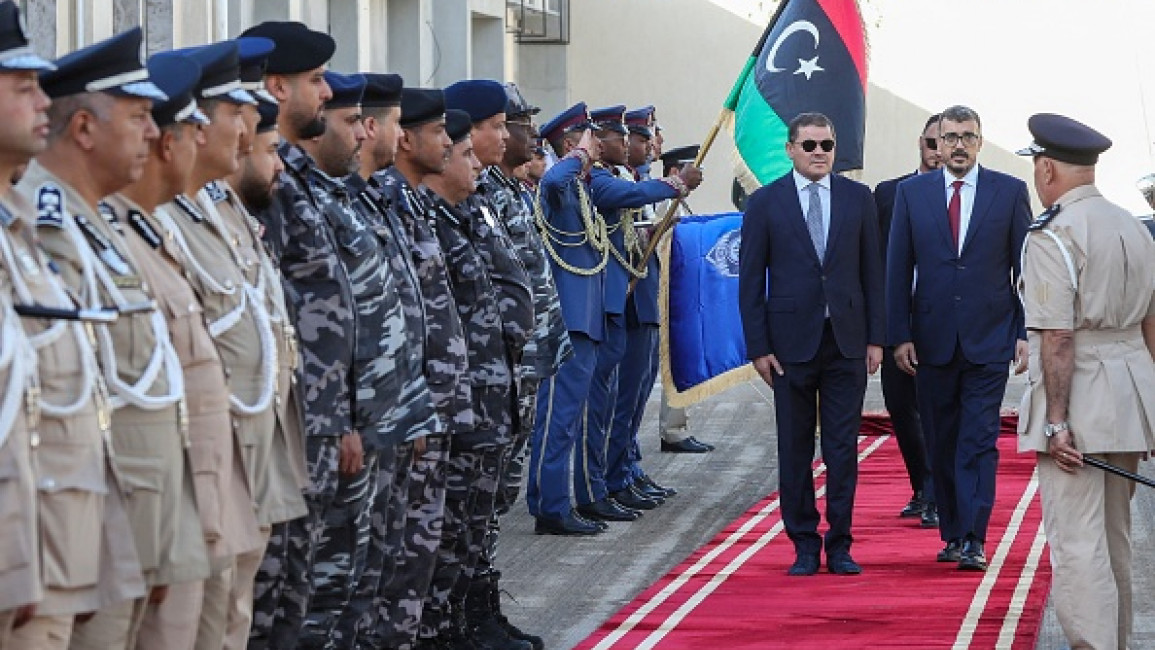 The new U.N. special envoy for Libya warned Tuesday that delaying elections further could lead the troubled north African nation to even greater instability, putting it “at risk of partition.”

Abdoulaye Bathily told the U.N. Security Council that the October 2020 cease-fire continues to hold despite escalating rhetoric and a build-up of forces by rival governments in the country’s east and west.

Oil-rich Libya plunged into chaos after a NATO-backed uprising toppled and killed longtime dictator Moammar Gaddhafi in 2011. In the chaos that followed, the county split with the rival administrations backed by rogue militias and foreign governments.

The country’s current political crisis stems from the failure to hold elections on Dec. 24, 2021, and the refusal of Prime Minister Abdul Hamid Dbeibah — who led a transitional government in the capital of Tripoli — to step down. In response, the country’s east-based parliament appointed a rival prime minister, Fathi Bashagha, who has for months sought to install his government in Tripoli.

Bathily, a former Senegalese minister and diplomat who arrived in Libya in mid-October and has been traveling to all parts of the country, told the council that he has found Libyans hope “for peace, stability and legitimate institutions.”

“However, there is an increasing recognition that some institutional players are actively hindering progress towards elections,” he said.

He warned that further prolonging elections “will make the country even more vulnerable to political, economic and security instability” and could risk partition. And he urged Security Council members to “join hands in encouraging Libyan leaders to work with resolve towards the holding of elections as soon as possible.”

Bathily urged the council “to send an unequivocal message to obstructionists that their actions will not remain without consequences.”

He said the council make clear that ending the cease-fire and resorting to violence and intimidation “will not be accepted and that there is no military solution to the Libyan crisis.”

Russia called for the briefing, and its deputy ambassador, Dmitry Polyansky, described the situation in the country as “very tense” and “rather unstable,” with no sign of an end to the rival governments anytime soon.

That “means no inclusive nationwide elections or unification of Libyan state organs in the short term,” he said.

Polyansky warned that “the situation risks spiraling out of control under the influence of divergent interests of external stakeholders.”

He accused Western nations, singling out the United States, of prolonging the Libyan crisis by using the turbulent situation in the country to pursue their own interests -- namely unhindered access to Libyan oil.

Polyansky claimed Western governments set a goal “to turn Libya into a `gas station’ to meet their energy needs.” And he claimed the U.S. administration “still considers the Libyan political process only through the lens of American economic interest … with a view to preventing the growth of prices for the `black gold.’”

U.S. Deputy Ambassador Richard Mills shot back saying: “The United States rejects accusations that somehow access to Libyan oil reserves is the cause of the political impasse in Libya today.”

Referring to Russia, he said the U.S. is dismayed that a council member that violated the U.N. Charter by invading and occupying its neighbor continues “to shift the focus of this council with unfounded conspiracy theories.”

“It is simply a failed attempt to shield themselves from legitimate criticism,” Mills said. “Libya’s leaders must shoulder the responsibility of achieving sustainable peace, good governance, and ultimately prosperity for the people of Libya. And the United States stands to support them.”