UN, diplomats demand end to deadly Iran crackdown
MENA
4 min read
The New Arab Staff & Agencies
The UN has demanded Iran to end its violent crackdown on anti-government protests which have rocked the country for over two months. 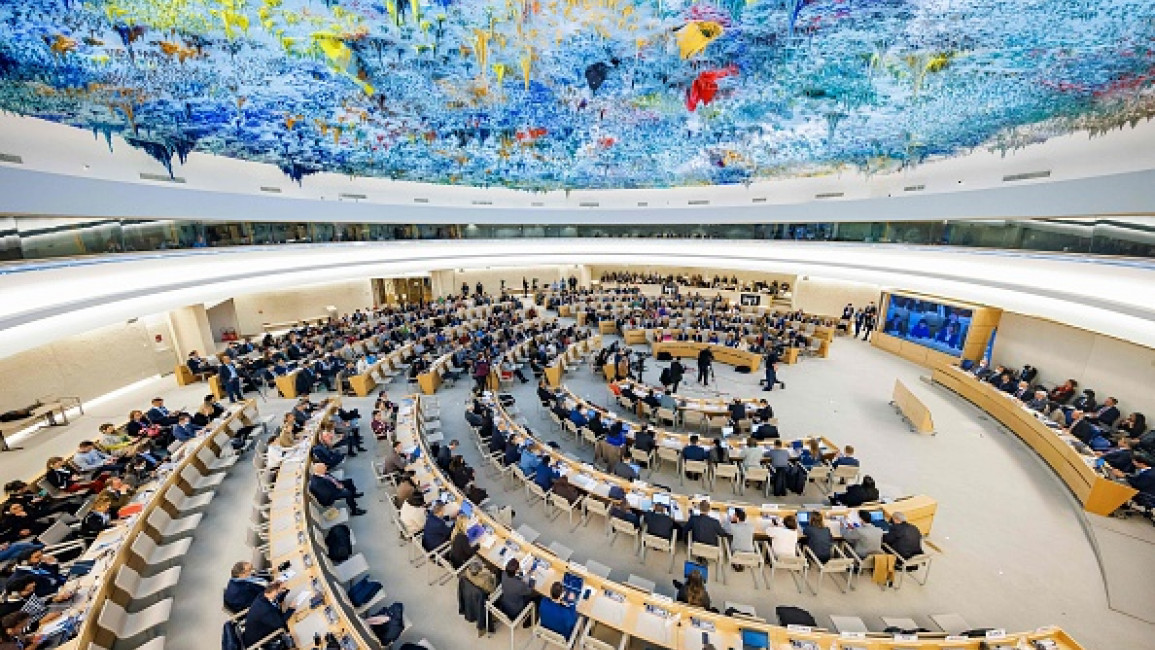 The bloody repression of peaceful demonstrators in Iran must end, the UN rights chief insisted Thursday, as countries discussed launching an investigation into Tehran's deadly crackdown.

Volker Turk opened an emergency session of the UN Human Rights Council, where countries were called to discuss Iran's "deteriorating human rights situation" and determine if a high-level international investigation is warranted.

The meeting, requested by Germany and Iceland with the backing of more than 50 countries, follows two months of protests in Iran sparked by the death in custody of 22-year-old Mahsa Amini, after she was arrested for an alleged breach of the country's strict dress rules for women based on Islamic sharia law.

"I call on the authorities immediately to stop using violence and harassment against peaceful protesters," Turk said, in his first address to the council since becoming the United Nations' high commissioner for human rights last month.

"The unnecessary and disproportionate use of force must come to an end," he said, warning that Iran was in "a full-fledged human rights crisis".

He urged the 47-member council to vote in favour of an investigation.

Turk said he had offered to visit Iran since taking up his post last month but so far had received no reply.

Iranian authorities have grown increasingly heavy-handed in their response to the demonstrations as they have spread across the country and swelled into a broad movement against the theocracy that has ruled Iran since 1979.

Turk said more than 300 people had been killed since Amini's death. Norway-based group Iran Human Rights has put the toll above 400, including more than 50 children.

He also said around 14,000 people, including children, had been arrested over the protests, describing this as "a staggering number", and decried that at last six death sentences had been handed down to demonstrators.

Others who took the floor Thursday put the number of arrests even higher, with German Foreign Minister Annalena Baerbock saying more than 18,000 had been arrested.

She urged the council to vote for a so-called independent international fact-finding mission to probe all abuses connected with the ongoing protests, to ensure "those responsible can be held to account".

"Impunity prevents justice. Justice for sisters, sons, mothers. They have names. Jina, Abolfazl, Minoo," she said, listing some of the many killed.

She told reporters that the requested investigation would collect evidence towards holding perpetrators to account - although it remained unclear what jurisdiction would try them.

"If we don't collect the evidence today, if we don't support this resolution, justice will never come to the victims," Baerbock said.

"We are all watching with horror as events unfold in Iran," she told the council, as members of her staff held up pictures and lists of names of those killed in the crackdown.

"The people of Iran are demanding something so simple, something that most of use here take for granted: the opportunity to speak and to be heard."

Wearing a black chador, Khadijeh Karimi, Iran's deputy of the vice president for women and family affairs, insisted before the council that Europe and the United States "lack the moral credibility to preach... on human rights and to request a special session on Iran."

"Reducing the common cause of human rights to a tool for political purposes of specific groups of Western countries is appalling and disgraceful," she said.

Iran received backing from some countries, with China's ambassador Chen Xu warning against "turning human rights into a tool to intervene into other countries internal affairs", while Russian ambassador Gennady Gatilov slammed the call for an investigation as "fundamentally illegitimate".

"Nor is it about the so-called West imposing their values on the people of Iran," she told reporters.

"This is about respecting, protecting and fulfilling human rights and fundamental freedoms."

"It is the right thing to do."