Ukraine battles to reconnect millions in the cold and dark 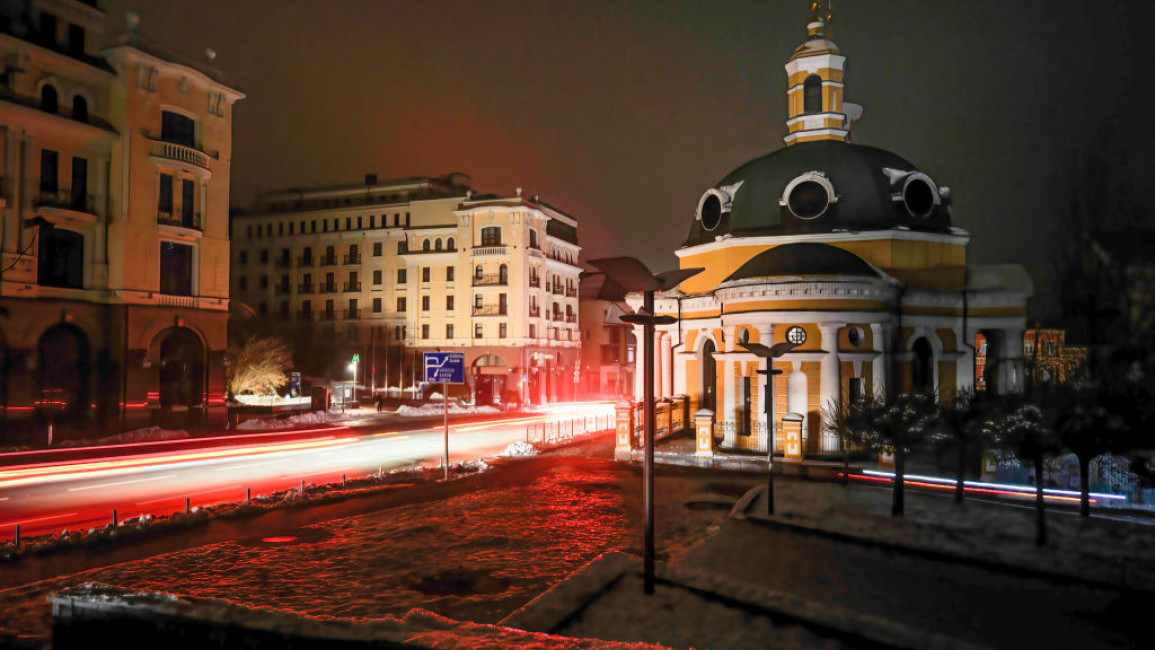 The energy system in Ukraine is on the brink of collapse and millions have been subjected to emergency blackouts over recent weeks after systematic Russian bombardments of the grid.

The World Health Organisation has warned of "life-threatening" consequences and estimated that millions could leave their homes as a result.

But the shelling had killed seven people at Vyshgorod, on the outskirts of the capital, said Oleksiy Kuleba, head of the Kyiv Regional Military Administration.

And a fresh round of strikes Thursday killed at least four people in the southern city of Kherson, recently recaptured by Ukraine, said a senior official there.

The latest attacks on the power grid come with winter setting in and temperatures in the capital hovering just above freezing.

Ukraine accused Russian forces of launching around 70 cruise missiles as well as drones in attacks that left 10 dead and around 50 wounded.

But Russia's defence ministry denied striking any targets inside Kyiv, insisting that Ukrainian and foreign air defence systems had cause the damage.

"Not a single strike was made on targets within the city of Kyiv," it said.

Moscow is targeting power facilities in an apparent effort to force capitulation after nine months of war that has seen its forces fail in most of their stated territorial objectives.

"The way they fight and target civil infrastructure, it can cause nothing but fury," said Oleksiy Yakovlenko, chief administrator at a hospital in the eastern Ukraine city of Kramatorsk.

Despite the increasingly frequent blackouts, Yakovlenko said his resolve was unwavering.

"If they expect us to fall on our knees and crawl to them it won't happen," Yakovlenko told AFP.

Russian troops have suffered a string of battlefield defeats. This month they withdrew from the only regional capital they had captured, destroying key infrastructure as they retreated from Kherson in the south.

On Thursday, Yaroslav Yanushevych, head of the Kherson military administration, said Russian strikes there had killed at least four people.

"The Russian invaders opened fire on a residential area with multiple rocket launchers. A large building caught fire," he said on Telegram.

Ukraine prosecutors also said Thursday that the authorities had discovered a total of nine torture sites used by the Russians in Kherson as well as "the bodies of 432 killed civilians".

Wednesday's attacks disconnected three Ukrainian nuclear plants automatically from the national grid and triggered blackouts in neighbouring Moldova, where the energy network is linked to Ukraine.

all three nuclear facilities had been reconnected by Thursday morning, said the energy ministry.

Power was nearly entirely back online in ex-Soviet Moldova, where its pro-European president Maia Sandu convened a special meeting of her security council.

Igor Terekhov, the mayor of Ukraine's second largest city, Kharkiv, near the border with Russia, said water was being restored to homes and municipal workers were reconnecting public transport.

"We've restarted power supplies. Believe me, it was very difficult," he said.

But there were still disruptions across the country and even the central bank warned the outages could disrupt the operations of banks.

The geopolitical impact of Iran's role in the Ukraine war

The Kremlin said Ukraine was ultimately responsible for the fallout from the strikes and that Kyiv could end the strikes by acquiescing to Russian demands.

Ukraine "has every opportunity to settle the situation, to fulfil Russia's demands and as a result, end all possible suffering of the civilian population," spokesman Dmitry Peskov said.

Moscow announced separately it had issued tens of thousands of Russian passports to residents of four Ukrainian territories, which President Vladimir Putin claimed to have annexed in September.

"More than 80,000 people received passports as citizens of the Russian Federation," Valentina Kazakova, a migration official with the interior ministry, said in remarks carried by Russian news agencies.

In September, Russia held referendums -- widely denounced as rigged by the international community -- in Donetsk, Lugansk, Zaporizhzhia and Kherson. It claimed residents had voted in favour of becoming subjects of Russia.

Putin formally annexed the territories at a ceremony in the Kremlin later that month, even though his forces have never had full control over them.