Three teens among 15 Iranians facing death penalty: judiciary
MENA
2 min read
The New Arab Staff & Agencies
Three teenagers are among 15 people who could face the death penalty over the killing of a Basij member in Iran. 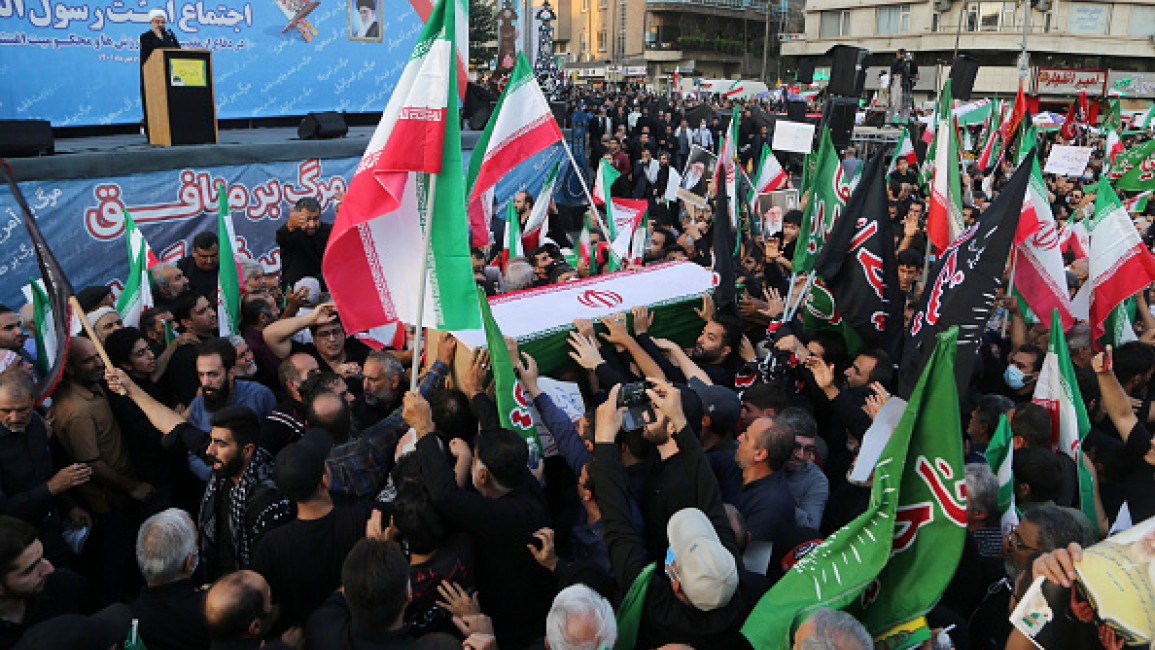 Three Iranian teenagers are among 15 people who could face the death penalty over the killing of a pro-government paramilitary force member, the judiciary said Wednesday.

Iran has been rocked by street violence since the September 16 death of Mahsa Amini, a 22-year-old Iranian of Kurdish origin, after her arrest in Tehran for an alleged breach of the country's dress code for women.

A group of 15 people was charged with "corruption on earth" over the death of Ruhollah Ajamian, a member of the Basij paramilitary force, the judiciary's Mizan Online website reported.

Prosecutors allege Ajamian, 27, was stripped naked and killed on November 3 in Karaj, a city west of Tehran, by a group of mourners who had been paying tribute to a slain protester.

Initially, on November 12, Mizan Online announced charges for 11 people over Ajamian's killing, including a woman.

But on Wednesday, as the trial opened, it said 15 defendants in the case had been charged with "corruption on earth" - a sharia-related charge that is a capital crime in the Islamic republic.

"Three of the accused are aged 17" and their cases would be dealt with by a juvenile court, the website added.

An Iranian general said on Monday that more than 300 people have been killed in the unrest, including dozens of security force members, and thousands have been arrested, among them around 40 foreigners.

More than 2,000 people have been charged with offences, according to the authorities.

At least six people have so far been sentenced to death, their fates now depending on the supreme court which rules on appeals.