State moves to block judge Tarek Bitar as new charges filed for Beirut port blast investigation
MENA
3 min read
William Christou
Lebanon
So far no one has been prosecuted for the 4 August 2020 Beirut port explosion, which killed at least 250 and injured over 6,000. 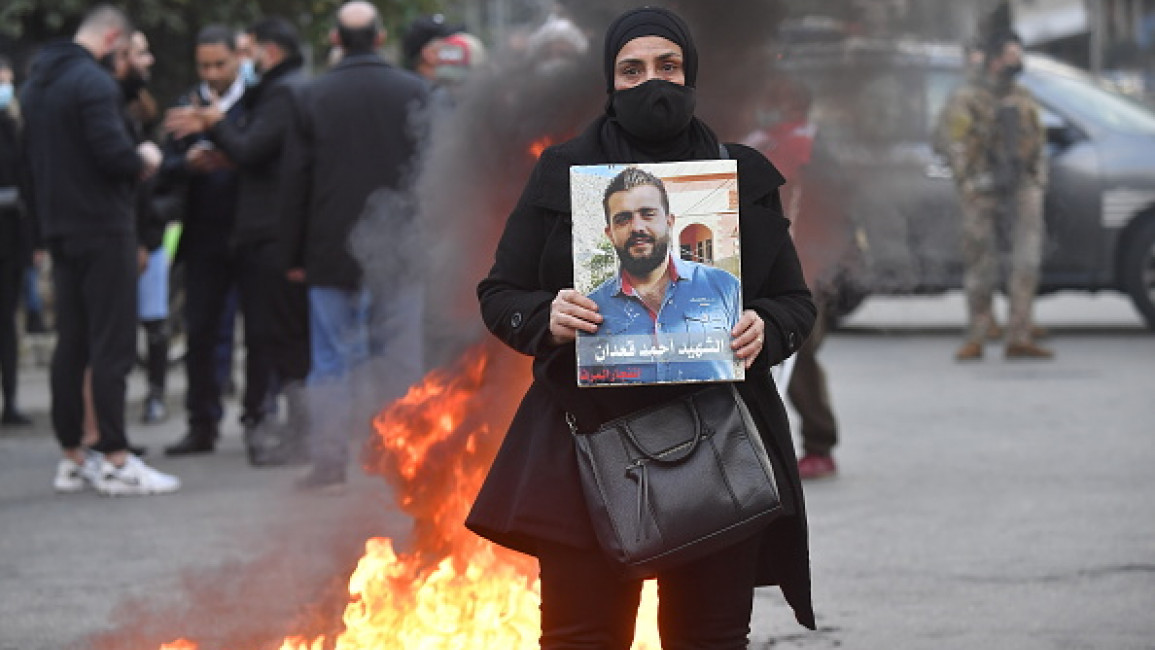 Lebanese officials have moved to block the judge leading the investigation in the Beirut port blast, Tarek Bitar after he charged several officials in connection with the blast on Tuesday.

Bitar charged the PM at the time of the blast, Hassan Diab, and two other former ministers with homicide with probable intent, Reuters reported on Tuesday.

The court has refused both Bitar’s reinstatement and his summons for officials, saying it will deal with the charges "as if they do not exist", as it considers Bitar as having overstepped his judicial authority.

So far no one has been prosecuted for the 4 August 2020 Beirut port explosion, which killed at least 250 and injured over 6,000.

Bitar resumed work on Monday after issuing a legal analysis that said he was not subject to the rulings of Lebanon's Court of Cassation.

The court had blocked Bitar from continuing his investigation since December 2021 after officials he had summoned for questioning filed complaints accusing the judge of "political bias."

According to local media reports, the public prosecutor of the Court of Cassation is weighing prosecuting Bitar for "usurpation of power." The New Arab has been unable to verify these reports.

Victims of the Beirut port blast have said that they are "cautiously optimistic" about Bitar's reinstatement, though they fear the Lebanese political class will still try to block the investigation.

"Finally, Bitar is finding a way to be back to his place. We are happy that Judge Bitar is back. The main concern is internally, the obstacles that were stopping him are still there," Mireille Khoury, whose son Elias was killed in the blast, told TNA.

Khoury added that she hoped an international investigation would be opened "in parallel" with a domestic one, in case Bitar's probe is once again blocked.

Anger as pictures of Beirut blast victims removed from wall

Intelligence chief Abbas Ibrahim said on Monday that "the claims presented by Judge Bitar do not warrant comment." He previously refused to appear for questioning and called Bitar's summons a politically motivated move.

A Hezbollah political adviser, Hussein al-Khalil, said on Monday that Bitar's investigation was a "black stain" on Lebanese judicial history.

Bitar was reportedly threatened by Hezbollah officials in the fall of 2021, with officials warning him that the investigation should not produce unfavourable results for the militia and political party.

It is not clear exactly how Bitar's investigation will progress, given that the court of cassation has objected to his legal analysis and is refusing to execute his summons.

"His decision was necessary to ensure that justice takes back its course and to fight against impunity and we expect a lot of pressure to obstruct his work in the future," Ghida Frangieh, a researcher with Legal Agenda, told TNA.

Amnesty International has urged Lebanese authorities to permit Bitar's investigation into the Beirut blast to proceed.

"Instead of creating further obstacles, the government should take all measures to ensure that the domestic investigation can proceed without political interference," Aya Majzoub, Amnesty International’s Deputy Director for the Middle East and North Africa said on 23 January.

Last week, Lebanon's state security arrested and interrogated family members of victims of the Beirut port blast after a protest in front of the ministry of justice, prompting public outrage.