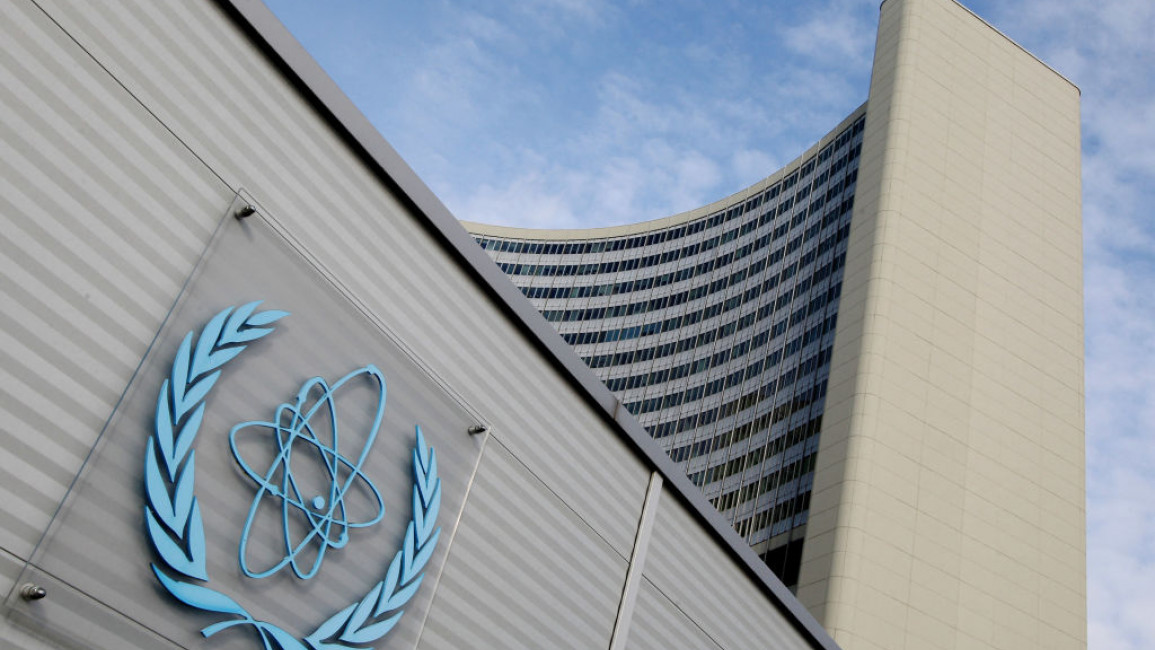 The United States, Britain, France and Germany have submitted a motion to the UN nuclear watchdog's board censuring Iran over its lack of cooperation with the agency, two diplomats said Tuesday.

The resolution calling on Iran to cooperate fully with the International Atomic Energy Agency (IAEA) comes after a report by the agency concluded there had been "no progress" in a long-standing probe into undeclared nuclear material in Iran.

Traces of undeclared uranium of man-made origin had been discovered at three Iranian sites in the past.

The issue has been a point of contention during on-off talks between Tehran and world powers to revive a 2015 landmark deal that sought to curb Iran's nuclear programme in exchange for sanctions relief.

The "resolution has been submitted tonight", a European diplomat told AFP. A second diplomat confirmed the move.

The draft text seen by AFP underscored that it was "essential and urgent" for Iran to "act to fulfil its legal obligations".

A similar resolution criticising Iran was adopted at the IAEA's June meeting, with only China and Russia voting against it.

At the time, the Islamic Republic denounced the motion as "political" and responded to it by removing surveillance cameras and other equipment from its nuclear facilities.

The text must be discussed and voted on during this week's quarterly meeting of the IAEA's 35-nation Board of Governors that starts on Wednesday.

A simple majority of board members is sufficient to pass the resolution.

A visit by an IAEA delegation in Tehran has been scheduled for the end of the month in an attempt to make progress on the investigation.

But the IAEA has kept demanding "technically credible explanations" for the traces, including "access to locations and material", as well as the collection of samples.

Talks have been under way since April last year to revive the 2015 nuclear deal, which started to unravel when the United States withdrew from it in 2018.

US Secretary of State Antony Blinken late last month reiterated that he saw little scope to restore the deal, pointing to the clerical leadership's conditions, as major protests roil the country.