Qatar, UAE energy ministers say natural gas will be' needed for long time'
Energy
3 min read
The New Arab Staff & Agencies
Despite mild winter in Europe bringing down gas prices come down, volatility would remain "for some time to come" given there was not much gas coming into the market until 2025, Qatar's energy minister Saad al-Kaabi said. 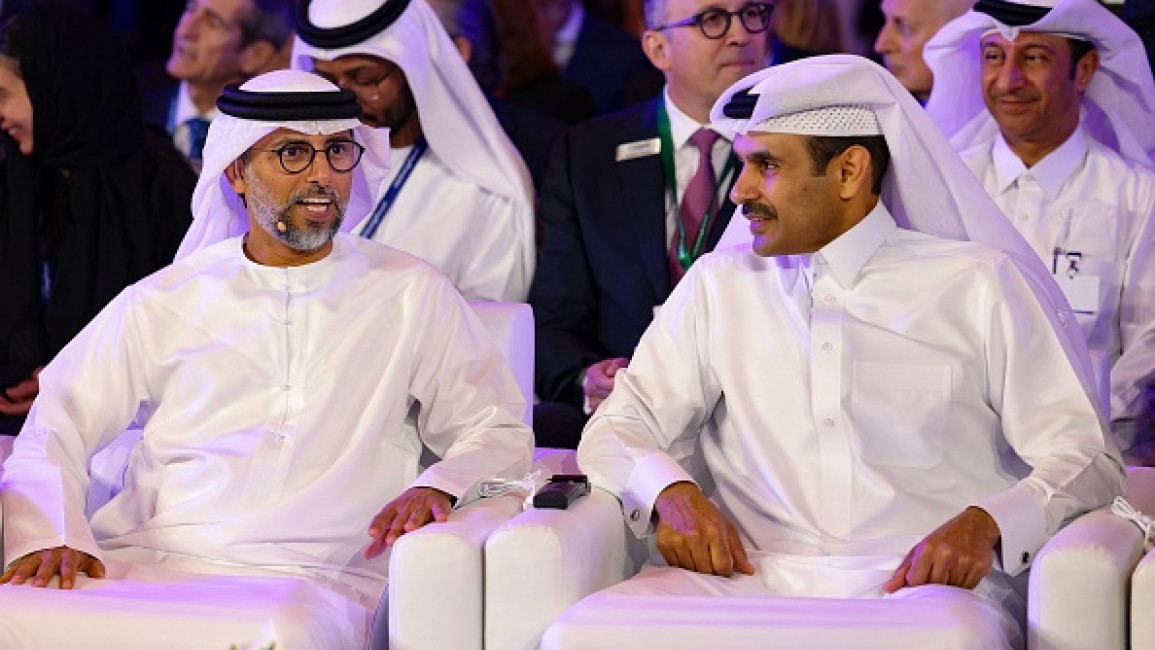 The world will need natural gas for a long time and more investment is required to ensure supply security and affordable prices during the global energy transition, the energy ministers of Qatar and the United Arab Emirates said on Saturday.

Saad al-Kaabi, Qatari state minister for energy, told the Atlantic Council Global Energy Summit that a mild winter in Europe had seen prices come down, but that volatility would remain "for some time to come" given there was not much gas coming into the market until 2025.

"The issue is what's going to happen when they (Europe) want to replenish their storages this coming year and the next year," he said.

Kaabi later told reporters that Qatar, which is working to expand its gas output, has limited volumes going to Europe that it would not divert away, "but there is a limit to what we can do".

Qatar is one of the world's top producers of liquefied natural gas (LNG). The UAE is an OPEC oil producer that is sharpening its focus on the gas market as Europe seeks to replace Russian energy imports after supply cuts since Western sanctions were imposed on Moscow over its invasion of Ukraine.

The Qatari minister said he believed that Russian gas would eventually return to Europe.

UAE Energy Minister Suhail al-Mazrouei, speaking on the same panel in Abu Dhabi, agreed that "for a very long time, gas will be there" and that while more renewable energy would be installed, more investment was needed in gas as a base load.

"The whole world needs to think of resources and how to enable companies to produce more gas to make it available and affordable," Mazrouei said.

Kaabi said it was unfair for some in the West as part of its green energy push to say African countries should not be drilling for oil and gas when it was important for their economies and the world needed more supply.

Mazrouei said the "unclear" strategy of many countries made it difficult for them to commit to long-term gas contracts which in turn made it hard for energy companies to secure financing to invest in developing production capacity.

As competition for LNG heated up, Germany last year struck a 15-year supply deal for Qatar LNG from 2026, the first of its kind to Europe from Qatar's North Field expansion project. QatarEnergy had signed a 27-year deal to supply China's Sinopec.

Kaabi, who is also CEO of QatarEnergy, said negotiations were taking place with many players around the world.

"There are a lot of European and Asian buyers, and there is a potential that by the end of the year, the entire Qatar expansion will be sold out," he said.

Qatar's two-phase North Field expansion plan includes six LNG trains that will ramp up its liquefaction capacity from 77 million tonnes per annum to 126 million tonnes by 2027.