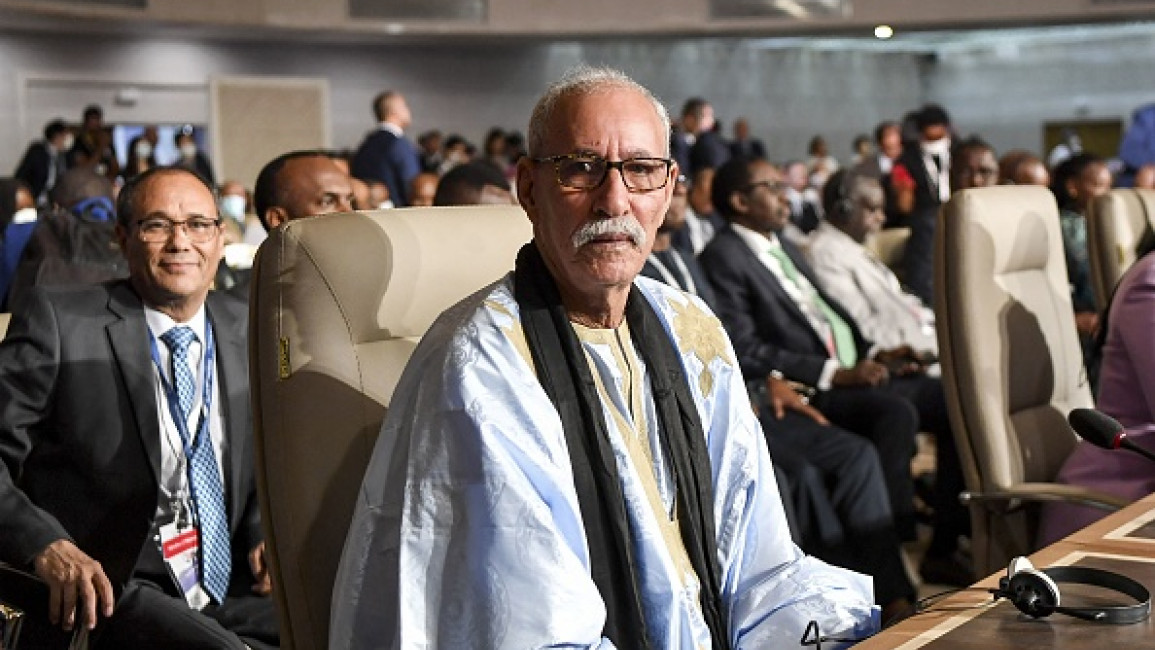 The Polisario movement, which seeks independence in disputed Western Sahara, will meet later Friday for leadership elections in the shadow of mounting tensions between host Algeria and Morocco, which controls most of the territory.

More than 2,200 members of the movement and 370 foreign guests are attending the five-day congress deep in Algeria's desert, at a Sahrawi refugee camp named after Dakhla, an Atlantic port city in what is Moroccan-controlled Western Sahara.

The Polisario's current head Brahim Ghali, 73, appears to enjoy the vital backing of Algeria and is expected to be re-elected at the gathering, which comes at a critical time for the movement.

"It's the first congress since the armed struggle resumed," the movement's representative in South Africa, Islam Beissat, told AFP.

The conflict dates back to 1975, when colonial occupier Spain withdrew from Western Sahara, sparking a bitter 15-year war between the Polisario and Morocco for control of the territory.

That ended with a ceasefire deal in 1991, with the North African kingdom in control of 80 percent of the resource-rich desert territory and the Polisario clinging to hopes of a referendum on independence.

That has never happened.

The truce broke down in November 2020 after Morocco sent troops to the far south of the Western Sahara to disperse Sahrawi protesters who were blocking the sole highway to Mauritania and the rest of Africa, which the Polisario says was built after 1991 in violation of the agreement.

A string of deadly incidents since have sparked fears of a return to full-blown conflict.

Morocco sees the entire Western Sahara, home to abundant phosphates and fisheries and the strategically vital highway to West Africa, as its sovereign territory, and has offered limited autonomy.

Since late 2020, the Polisario says it has been in "a war of legitimate defence" and has declared the entire Western Sahara, including its land, sea and airspace, a "war zone".

The congress comes as tensions spiral between Morocco and Algeria, which cut all diplomatic ties with its neighbour in August 2021 over both Western Sahara and Rabat's normalisation deal with Israel.

Morocco, emboldened by the support of the administration of former US president Donald Trump, which recognised the kingdom's sovereignty over the vast desert territory, has stepped up the pressure on other countries to back its position.

The Polisario is holding its 16th congress in under the slogan "stepping up the campaign to make the occupier withdraw and to impose total sovereignty" in the self-proclaimed Sahrawi Arab Democratic Republic.

The conference marks the end of the mandate of Ghali, a founding member and the SADR president, as well as the national secretariat.

"Sahrawi people will have their final word during this congress," said Oumeima Abdeslam, the movement's delegate to the United Nations in Geneva, who denied reports of an internal struggle over Ghali's successor.

"The post of secretary general is not the monopoly of anyone," she said.

Algerian professor and international law expert Tahar Eddine Ammari predicted Ghali would be elected for another term, as "if the congress decides to replace him, the Sahrawi representation would be weakened".

His continued rule is therefore "a logical choice for the Sahrawi fight to continue," he said.

The movement however needs "to adapt to the new international context," Ammari said, pointing to Spain's declaration of support early last year for the Moroccan autonomy plan.

Why Spain is wading into Morocco and Algeria's rivalry

In late October, the UN Security Council called on the parties to resume negotiations without preconditions and in good faith "with a view to achieving a just, lasting and mutually acceptable political solution."

It said this solution should provide for the self determination of the people of Western Sahara.

Its envoy to the region, Staffan de Mistura, has travelled to the region several times to meet with the different parties since he was appointed in late 2021, but has made little visible progress.