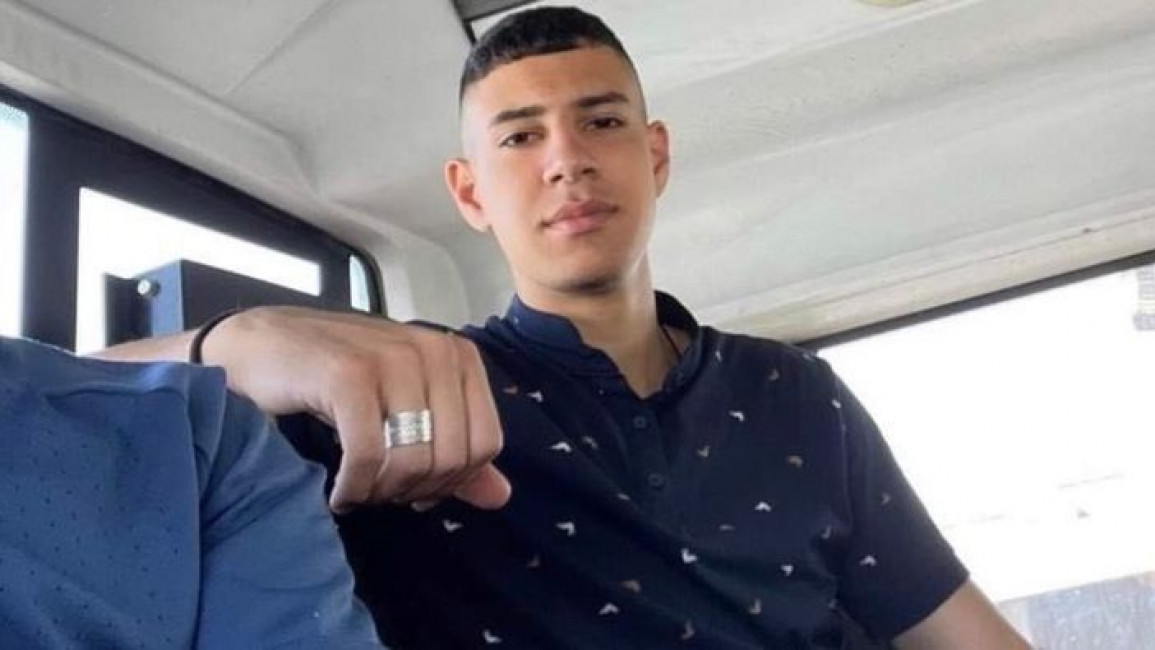 On 18 October 2022, the Israeli police arrested several Palestinian children, ages 14-16, from Beit Hanina in occupied East Jerusalem on suspicion of involvement in disturbances and causing harm to Israelis.

"Nine children were arrested in a brutal manner, all between the ages of 14-16," said Naser Odeh, the lawyer representing Shadi Khoury.

The prosecution pressed charges under a "terror clause," which has the potential to deliver harsh sentences. In addition, the indictment charged the children with the intent to cause severe harm to an Israeli and block a road.

Nearly six weeks later, Shadi and several children are still being detained. The prosecution is adamant about the indictment.

#Shady_khoury absent from school since 18/10/222 was kidnapped last Tuesday from #Jerusalem home by #IOF
11th grader is deprived from his right to education,to protection, kept in a cell without trial, his court gets postponed every other day ! #ApartheidIsrael #Justice #Freedom pic.twitter.com/Kpi1Vx8aCj

On Thursday, the prosecution objected to the defence's request to send Shadi to house arrest pending the start of the trial. The High Court may now have to decide on the possibility of sending the boys home until the time of the trial.

Suheil and Rania, Shadi's parents, appealed to the Israeli authorities from the start to put Shadi under house arrest instead of prison, but the prosecution opposed it.

Detaining children is a measure of last resort under Israeli and international law.

"This is an indication of the trajectory of the Israeli authorities," Odeh said, implying the prosecution's rigid stance towards the Palestinian children.

Today, three Palestinian young men from Tamra ('48 Palestine) were sentenced to 7 years in prison and another to 5 years for protesting during the Unity Intifada in May 2021. There are hundreds facing similar charges and sentences.

According to one of the defence lawyers, the police relied on a statement from one of the boys to implicate Shadi and several more children.

"The children were beaten up at home during the arrest phase and later inside the police stations," Odeh said.

Seven hundred-seventy Palestinian children, some as young as fourteen, have been arrested so far this year, according to figures from the Palestinian Prisoners' Society.