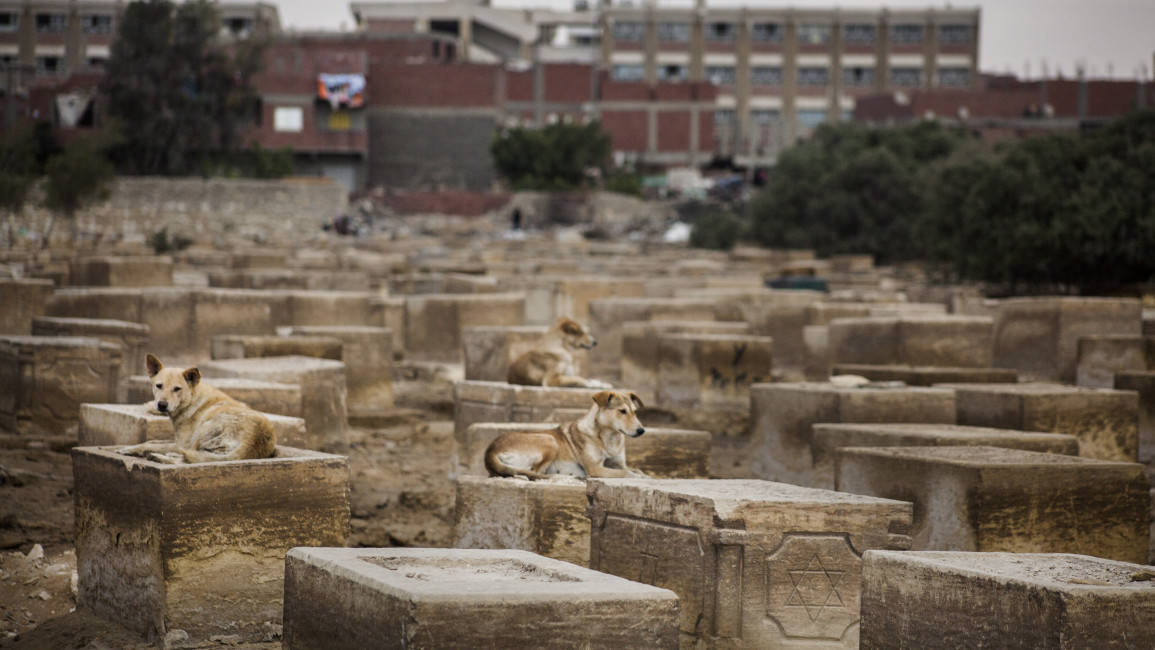 One of the oldest Jewish cemeteries in the world has been reopened over the weekend in the Egyptian capital after a three-year renovation process funded by a US grant, the United States embassy in Cairo said in a statement.

As part of the US Ambassadors Fund for Cultural Preservation, the US Department of State issued three years ago a US$150,000 (about 2.25 million EGP) grant to the American Research Center in Egypt (ARCE) and its partner, the Cairo-based Jewish Drop of Milk Foundation, to fund the cemetery's restoration, the statement added.

A private donation from the Karaite Jews of America had also provided additional amenities and landscaping for a memorial garden—the Garden of Remembrance—at the site.

The newly-restored Lichaa and Menasha burial sites, located in the Bassatine working-class neighbourhood in Cairo, are the remaining portion of Egypt's Karaite Jewish cemetery.

Karaism is a Jewish movement that believes in the values of the Torah but rejects oral traditions such as the Talmud and other Rabbinic writings.

The Bassatine cemetery dates back to the 9th century. At that time, the land allocated to it consisted of 147 acres.

"This is a cause for celebration for all of Egypt, firstly because we are a multicultural country where pharaohs, Romans, Greeks, Muslims, Copts and Jews have lived and second because the people buried here deserve to be remembered. They were real Egyptians who contributed to its renaissance," Magda Haroun, the head of the Jewish community in Egypt and an outspoken anti-Zionist, told UAE-based The National.

The news about the Jewish cemetery restoration project was mainly ignored by Egyptian media.

Jewish graves have reportedly been subjected to consistent negligence by the subsequent governments over the past decades, being destructed by sewage water and becoming a hub for garbage and old tires. The newly inaugurated grave site is probably among the few sites saved.

Haroun recalled being attacked by knife-wielding thugs when she first visited the Bassatine cemetery back in 2013, an incident prompting her to work on restoring it.

"The [thugs] did not allow me to enter [the cemetery] and I remember leaving thinking it was a nightmare, how to run down the cemetery had got. Which is why this is such an important day for me because it is the fruit of the hard work we have done since 2014 to conserve this site," Haroun said.

Egyptians commonly do not differentiate between Zionists and Judaism. Following the Zionist conquest of Palestine in 1948, Egyptian Jews faced difficulty and suspicion within Egyptian society, as most of the population holds members of the Jewish faith generally responsible for the Zionist ethnic cleansing of Palestine in 1948 and the occupation of the Sinai Peninsula during the 1967 war between Egypt and Israel.