2022 Arab Opinion Index: Nearly half of all Iraqis reject Iran's influence on government

2022 Arab Opinion Index: Nearly half of all Iraqis reject Iran's influence on government
MENA
4 min read
Ali Abbas Ahmadi
Iran has been accused of meddling in Iraqi political affairs for years and holding sway over a government that is perceived to care little about its citizens. 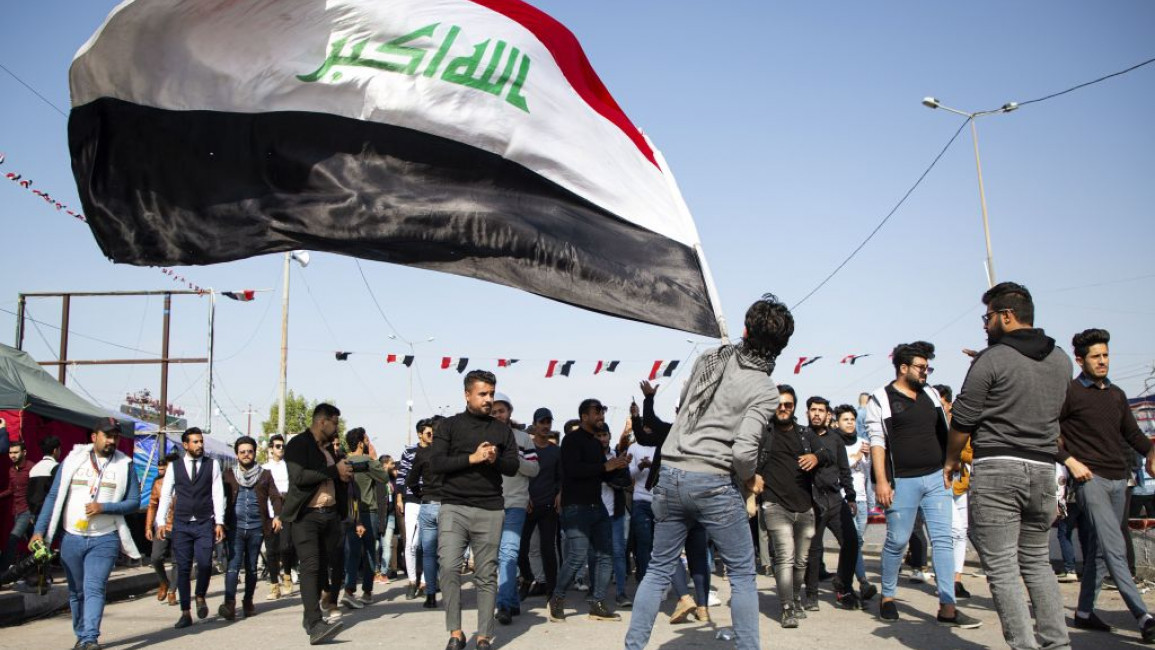 Nearly half of all Iraqis believe that Iran poses the biggest security threat to their country, according to statistics from the 2022 Arab Opinion Index.

The Arab Opinion Index is an annual survey conducted by the Arab Centre for Research and Policy Studies in order to gauge Arab public opinion on political and cultural matters. The 2022 poll included interviews with 33,300 people across 14 Arab countries.

Across the Arab World, a third of all respondents view Israel as the biggest threat to their country’s security. Only 9% identified Iran as the biggest security threat - behind both Israel and the United States.

However, Iraq's statistics differ significantly from the Arab average, likely because of Iran’s direct interference in Iraqi affairs over the past two decades.

Iraqis also expressed opposition to Israel and the United States in the survey. The overwhelming majority of respondents from Iraq - 92% - were opposed to recognising Israel.

The Iraqi parliament passed a law in May 2022 criminalising relations with Israel.

"It does not mean Israel is not a threat. [Iraqis] feel Iran is a threat because of its direct interference. Tehran is directly involved in their lives," said Lamis Andoni, Middle East analyst at The New Arab.

Analysis: Security gaps due to ongoing political disagreements in Iraq, and Turkey's targeting of the Syrian Democratic Forces, have created opportunities for the Islamic State to launch attacks

Some in Iraq, a country with a majority Shia Muslim population, are frustrated with the destabilising role Iran has played in their country.

Since then, Iran's influence has exploded in the region via political allies and proxy militias, with Tehran attempting to extend its political and economic interests in the region.

"Since 2003, Iran’s influence in Iraq is greatest, as Tehran regards Iraq as one of its provinces rather than an independent country with full sovereignty," said Dana Taib Menmy, The New Arab’s correspondent in Iraq.

"Iran gains political, economic and social benefits from its influence in Iraq," he added. "Politically, Iraq cannot form any government unless Tehran had the final say; Iran fulfilled its agenda in the country through its influence over the Iraqi ruling parties."

Iran-linked Iraqi militias and federal government forces - along with US airpower and Iraqi-Kurdish forces - played a pivotal role in defeating the Islamic State group in Iraq.

The Islamic State declared a 'caliphate' in 2014, and swiftly conquered vast swathes of territory across Iraq and Syria.

Powerful Iraqi Shia cleric Ali al-Sistani called for mobilisation to defeat the group, which led to the creation of the Hashed al-Shaabi or Popular Mobilisation Forces (PMF), an umbrella coalition consisting of militias loyal to Tehran.

The Islamic State group was territorially defeated in Iraq in 2017, and in Syria two years later following intense US aerial bombing.

Despite their role in defeating IS, Iran-backed militias have been accused of perpetrating mass atrocities against Iraq’s Sunni community, including the ethnic cleansing of Sunni Arab areas in northern and western Iraq.

Iran has also been accused of supporting a corrupt ruling elite to ensure Tehran continues to dominate Iraq. The current Iraqi Prime Minister, Mohammed Shia Al-Sudani - who was sworn in after a months-long stalemate - is part of Coordination Framework, a coalition of political parties close to Iran.

Iraq’s governments have also been supported by the United States, highlighting how the two rival powers have used Iraq to further their own interests. This complicity was highlighted by Andoni, who said the US has played a major role in bringing Iraq under Iran’s control.

"The US has been dealing with all prime ministers of Iraq, including those who are very close to Iran," she said. "So it's a complex relationship between the US and Iran."

The Iranian presence and influence became even stronger after the US withdrew most of its troops from Iraq in 2011.

Many Iraqis have become disillusioned and angry with parties in Baghdad who were loyal to Tehran in running the country.

Iran has influence on Iraq's infrastructure and most major industries, and provides the country with one-third of its gas and electricity, despite Iraq’s rich natural resources.

Iraqis who initially supported the Iran-backed political parties, have since expressed their discontent with Iran’s growing influence in the country.

Iran’s perceived meddling was one of the reasons behind widespread protests in Iraq in 2019, when millions of Iraqis took to the streets to demonstrate against corruption, poverty, and poor public services as well as Iranian influence.

Iraqis have struggled under inefficient and corrupt rule propped up by Iran for decades, which has fomented immense frustration in the country.