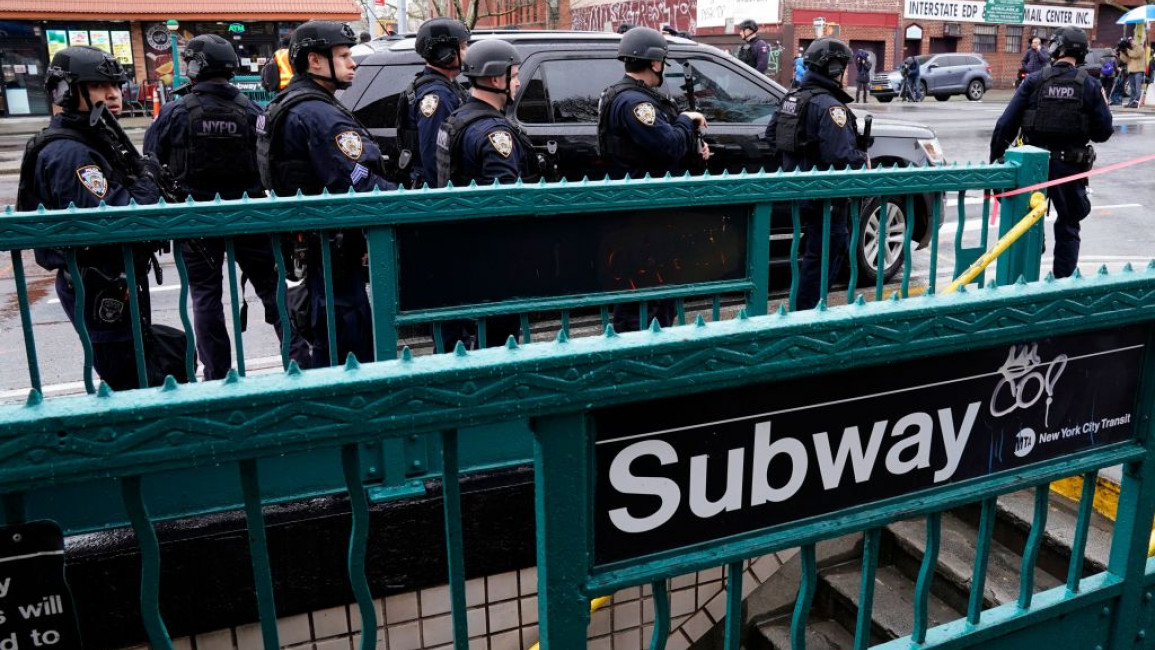 The man who set off smoke bombs on a crowded New York subway train before shooting 10 people last April in one of the most violent attacks ever seen on the city's transit system pleaded guilty on Tuesday to terrorism and weapons charges.

Frank James, 63, appeared in US District Court in Brooklyn and read aloud from a short statement confessing to the attack on a Manhattan-bound N train on April 12, for which he faces a maximum sentence of life in prison.

"I got on the subway train that was carrying people," said James, dressed in wrinkled khaki jail overalls and sitting at a table alongside his public defenders. "While I was on the train, I started shooting a firearm."

James shot 10 passengers during the morning rush hour as the train headed to an underground station in Brooklyn's Sunset Park neighborhood, while another 13 people were injured in the ensuing panic, according to the police account. No one was killed.

In May, he had initially pleaded not guilty to 10 counts of committing a terrorist attack and other violence against a mass transportation system and using a firearm during a crime of violence.

In Tuesday's statement to the court, James said he did not plan to kill anyone, intending only "serious bodily harm," and said he would make "a complete statement expressing my remorse" at his later sentencing hearing.

Prosecutors from the US Attorney's Office in Brooklyn rejected James' account of his intent, telling the court that if he had gone to trial, the government could prove his intention was deadly.

Prosecutor Sara Winik told the court that the trajectory of the bullets showed James's gunfire was aimed at his victims' torsos because he was trying to kill them. She also said they would be able to prove that James had been planning the attack since 2017.

In a letter to the court last week, prosecutors said that if James demonstrated that he accepted responsibility for the crime, a prison sentence of 32 to 37 years would be appropriate under federal guidelines. If not, he could face 40 years to life.

Defense lawyers said the sentencing guidelines pointed to between 16-1/2 years and just over 18 years in prison.

The judge ordered the government's probation department to complete a pre-sentencing report by July 4, but he did not set a date for sentencing.

James smiled with his two public defenders and shook their hands before U.S. marshals escorted him out of the courtroom to return him to the federal Metropolitan Detention Center in Brooklyn.

Police apprehended James in Manhattan's East Village neighborhood 30 hours after the attack and following a massive manhunt. Bystanders spotted the man and posted pictures of him to social media.

The New York Police Department (NYPD) said they initially linked James to the assault after finding keys to a rented U-Haul van left at the crime scene.

James, a native of the city's Bronx borough with recent addresses in Philadelphia and Milwaukee, had nine prior arrests in New York and three in New Jersey, according to the NYPD.

Less than two months after James' attack, a man was arrested in the fatal, unprovoked shooting of a man on a subway car crossing the Manhattan Bridge from Brooklyn into Manhattan. In June, another man was arrested on suspicion of pushing a woman onto the tracks of a subway station in the Bronx.