Macron defends France's visa restrictions on Algerians, Moroccans, and Tunisians
MENA
2 min read
Basma El Atti
Rabat
In September 2021, Paris halted half the number of visas granted to Algerians and Moroccans and reduce by a third of those available to Tunisians. 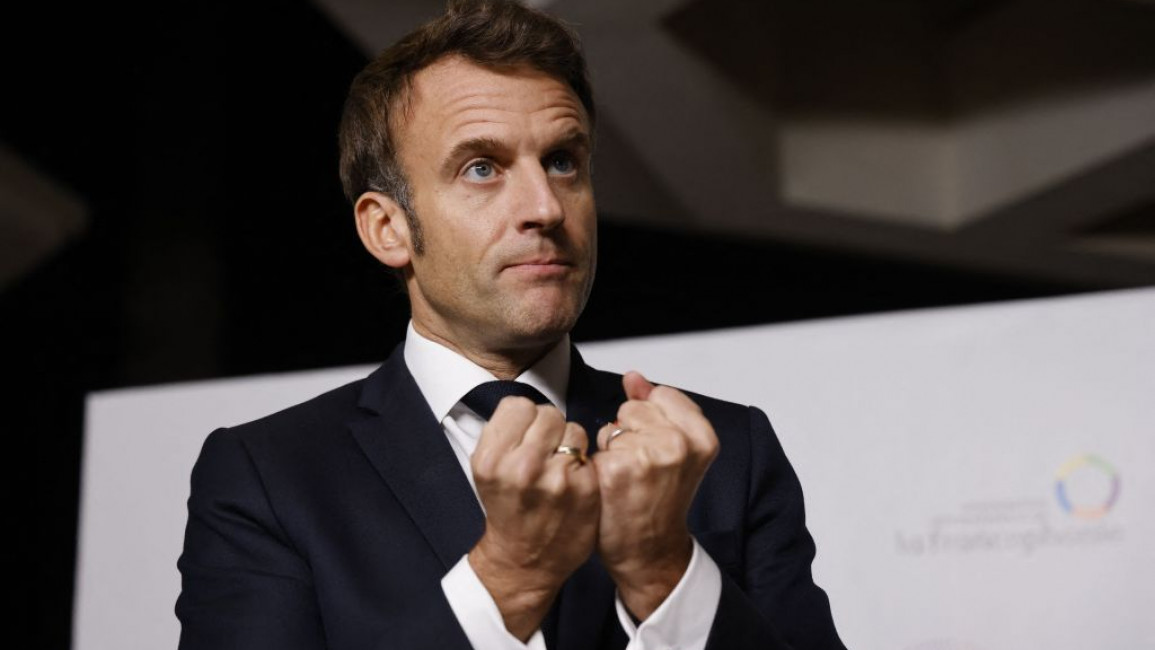 "This overheating of the last few months has had an effect (…) We see that the returns [of expelled migrants] are facilitated," the French president told AFP on the sidelines of the Francophonie summit in Tunisia on Saturday.

In September 2021, Paris halted half the number of visas granted to Algerians and Moroccans and reduce by a third of those available to Tunisians.

The policy was decided to pressure governments deemed "too uncooperative" in the readmission of their nationals expelled from France.

On 31 August, Paris ended the restrictions for Tunisians.

During her visit to Algiers in October, France's Prime minister Elizabeth Borne said discussions are underway to ease the restrictions for Algerians too.

Meanwhile, Rabat is the only North African country excluded from the 'Paris mercy'.

In Morocco, the visa restrictions triggered waves of protests and social media campaigns, calling on the Moroccan government to "punish" France over its "racist" policy.

"What France is doing is an attack on the content of Article 13 of the Universal Declaration of Human Rights and Article 12 of the International Covenant on Civil and Political Rights," Adil Tchikitou, President of the Moroccan League for Human Rights, told The New Arab during a protest in October.

The Human Rights group has also called on the French embassy to pay back visa fees (around US$ 70) to Moroccan applicants. A call that France's embassy in Rabat has refused.

As Macron admitted that "students' economic, academic and political mobility" has been endangered by Paris' recent restrictions, he blamed "countries that have not kept their commitments vis-à-vis France" for this outcome.

"It is not acceptable that we do not take back foreigners in an irregular situation who were identified as dangerous and disturbing public order," said the French president.

"The susceptibility is on both sides. France has the right to be susceptible too," Macron added.