Saudi-funded LIV Golf nearing TV rights deal with The CW: report
Sports
3 min read
The New Arab Staff & Agencies
Saudi-funded LIV Golf was without a US television deal in its initial season in 2022, streaming events on its website and on YouTube. As a result, the breakaway league struggled to reach mainstream audiences. 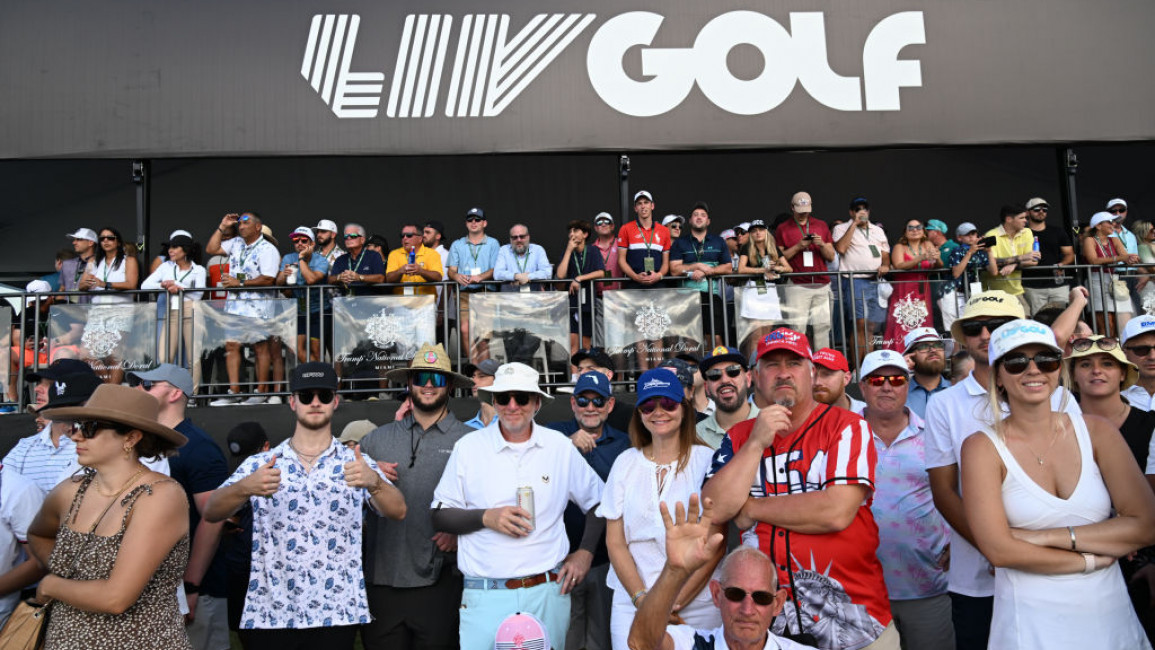 LIV Golf is close to completing a television rights agreement with The CW, Golf.com reported on Tuesday.

The Saudi-funded circuit was without a US television deal in its initial season in 2022, streaming events on its website and on YouTube. As a result, the breakaway league struggled to reach mainstream audiences.

The deal with The CW would be unorthodox primarily because the network would be new to the sports world, a break from its typically teen-skewing lineup of dramas.

LIV CEO Greg Norman told Golf.com last week regarding the importance of a television deal: "It's crucial. We have a great platform that really should be shown to the world. When we go internationally, we are applauded and accepted and everybody wants to see us.

"So here in the United States, it was obviously a very critical point to our business plan to make sure we do get on TV and we will get on TV."

LIV tees off in Oregon amid criticism over Saudi funding

LIV broadcaster David Feherty hinted at the LIV-CW link on Thursday when he mentioned during an appearance in West Palm Beach, Florida, that the sides were in talks.

After an eight-event opening season, LIV is looking to hold 14 tournaments this year, beginning with an event in Playa del Carmen, Mexico, from 24 to 26 February.

The CW has 220 affiliate stations in the United States.

The golf tour has been criticised for its links to Saudi Arabia, which has been under flack from human rights groups over its treatment of activists.

The Democracy for the Arab World Now (DAWN) has called for former President Donald Trump to be investigated over payments he reportedly received for holding the LIV Golf tour at his resorts and highlighted his links to Saudi Crown Prince Mohammed bin Salman.

"The absence of strong conflict of interest laws has created a dangerous and expanding threat to U.S. national security, as former U.S. officials – even a former president – increasingly race to monetize their work for our government into lucrative contracts with foreign governments," said Sarah Leah Whitson, Executive Director of DAWN in a statement.

Norman has defended his links to Saudi, highlighting the kingdom's shares in other big companies - such as Facebook - and said accused his critics of "deafening" hypocrisy.