Lebanese environmental group accused of being affiliated with Hezbollah

Lebanese environmental group accused of being affiliated with Hezbollah
MENA
5 min read
Agencies
"We are not an arm for anyone," the head of Green Without Borders, Zouher Nahli, told The Associated Press. "We as an environmental association work for all the people and we are not politicised." 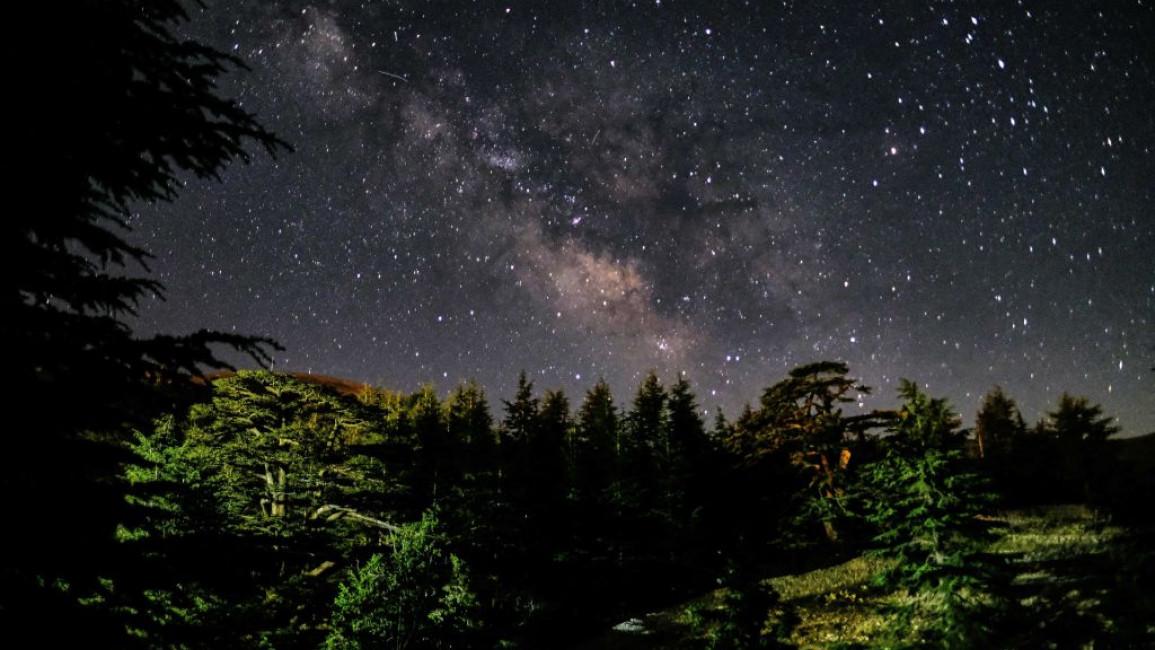 On the outskirts of this southern Lebanese village, workers in a pickup truck parked at a nature reserve named after a fallen fighter of the militant Hezbollah group. They took two large eucalyptus tree seedlings out of the truck and planted them.

The men are from Green Without Borders, a non-governmental organisation that says it aims to protect Lebanon's green areas and plant trees.

But Israel, the United States and some in Lebanon accuse the NGO of being an arm of Hezbollah to hide its military activities. They say the organisation has been setting up outposts for the militant group along the border with Israel. Last month, residents in the southern Christian village of Rmaych near the border said they encountered armed men at an outpost of the organisation that was blocking them from farmlands.

Green Without Borders denies any link to Hezbollah, which also says it is not connected to the environmental group.

"We are not an arm for anyone," the head of Green Without Borders, Zouher Nahli, told The Associated Press. "We as an environmental association work for all the people and we are not politicised." He spoke at the Bassam Tabaja Nature Reserve, named for a Hezbollah fighter killed in Syria in 2014, where the NGO has planted hundreds of trees.

He said the organisation's funding comes from the ministries of environment and agriculture as well as from wealthy Lebanese who care about the environment and municipalities, mainly in the eastern Bekaa Valley and southern Lebanon. He said he is an Agriculture Ministry employee.

Since it began operations in 2009, the group has helped plant about 2 million trees, Nahli said.

Israel and Hezbollah are archenemies and have fought several wars over the past decades, the last of which ended in August 2006. The 34-day conflict killed 1,200 in Lebanon, mostly civilians, and 160 Israelis, mostly soldiers.

The UN Security Council resolution that ended that war said the border area should be free of "any armed personnel, assets and weapons," other than those of the government and UN peacekeepers. After the war, thousands of Lebanese troops were deployed in the border zone and the UN peacekeeping force, known as UNIFIL, which has been present there since 1978, was beefed up.

In a November report, UNIFIL said shipping containers and prefabricated buildings, some of them with visible Green Without Borders markings, had been set up at 16 sites along the border. In several instances, UNIFIL patrols were prevented from nearing the locations, it said.

The Israeli military claims Green Without Borders outposts on the border are used by Hezbollah to gather intelligence information.

At a Security Council meeting in September, the US deputy UN ambassador, Richard Mills, claimed the proliferation of the group's outposts along the border obstructs UNIFIL access and "is heightening tensions in the area, further demonstrating that this so-called environmental group is acting on Hezbollah's behalf."

At the meeting, the council unanimously approved a resolution strongly condemning harassment, intimidation, attacks and restrictions on UNIFIL.

Last month, an Irish UN peacekeeper was killed and several others were wounded when attackers opened fire on a UNIFIL convoy in southern Lebanon. Hezbollah denied any connection to the attack.

Nahli said he was not aware of any shipping containers or buildings being set up by his organisation. "All we do along the border is protect forests and all the claims are illogical and baseless," he said.

Residents in border Shia villages that support Hezbollah praise the organisation. "It is doing good for the environment and planting trees along the border. We are very happy with their work," said Salah Rammal, a shop owner in the border village of Odaisseh.

Residents of the Christian village Rmaych, however, have complained for years about a position set up by Green Without Borders on farmland belonging to village families in a nearby valley. They say the organisation did not plant any trees there and actually chopped down trees and cut a 1.5-kilometre (1-mile) dirt road on their land.

"It is a cover for Hezbollah to have positions. We have no problems with Hezbollah, but it should be outside our lands," said Bassam al-Haj, a Rmaych schoolteacher.

In December, al-Haj and other residents went to the outpost and confronted the men there. Al-Haj said some of the men at the site were masked and armed, and that the outpost included several rooms, a tent and a fence that blocked off village farmland.

The residents and the men argued, he said. One resident who was videoing the encounter was told by one of the men, "We will crush you if you don't delete the photos that you took," al-Haj said.

Days after the confrontation, a Hezbollah official and members of the organisation visited the village and met residents at the mayor's office, said Father Najib al-Ameel, a priest from Rmaych who attended the talks.

The mayor and residents asked that the post be removed, he said. Al-Ameel said he told the Hezbollah official, "We will not accept anyone but the Lebanese army to protect us." A few days later, Green Without Borders removed the post and now residents can freely access their land, he said.

Nahli said the media had blown the incident in Rmaych out of proportion and refused to discuss details. In the past, Hezbollah has blamed frictions at Rmaych on members of the far-right Christian Lebanese Forces party, which is among Hezbollah's harshest critics.

When asked if peacekeepers could visit the organisation's sites, UNIFIL spokesman Andrea Tenenti said, "We had the possibility, of course, to monitor the whole area of operations and also areas and places where Green Without Borders operated."

He said there has not been "a breach of 1701," the Security Council resolution that ended the 2006 war.

Nahli argued that Green Without Border’s work is sorely needed. Over the past few decades, Lebanon has experienced one of the world's worst deforestation rates, which he said has accelerated since the economy collapsed, starting in late 2019, as poor people cut trees to use the wood for heating. The forested area has dropped from 25% of the country's territory to only around 3% now, he said.

"We are trying by all our means, in coordination with all concerned authorities, to prevent more deforestation," he said.