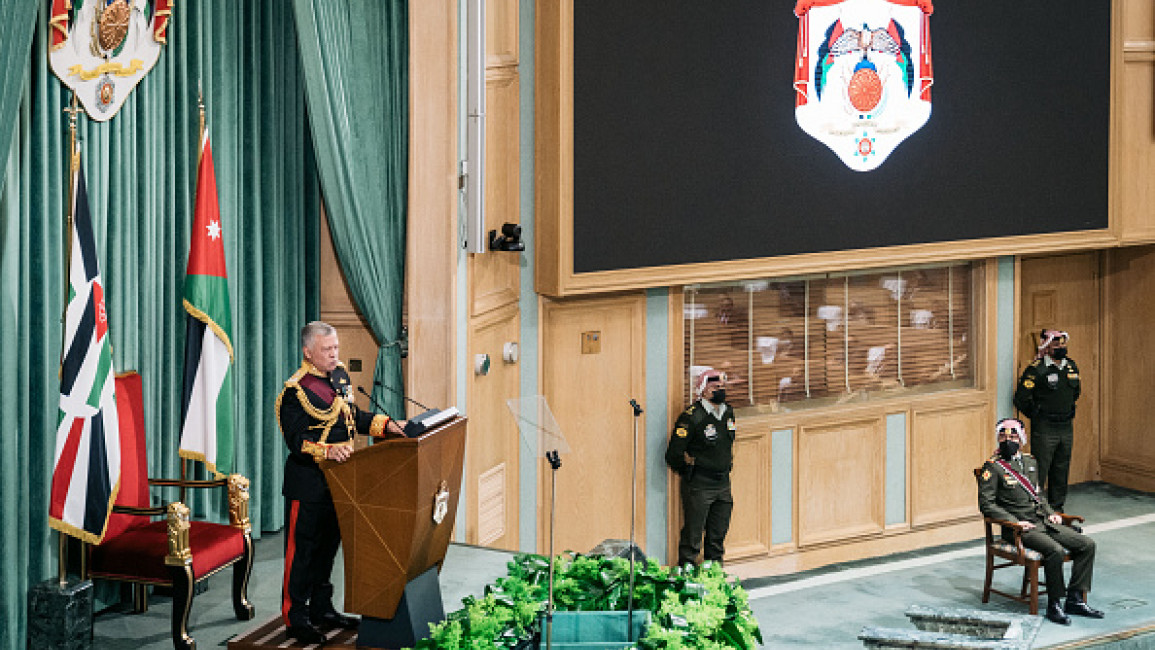 Jordan’s parliament on Wednesday voted to expel MP Mohammed al-Fayez after he sent a letter to Saudi Arabia’s Crown Prince Mohammed bin Salman (MBS) asking him not to send any more foreign aid to Jordan.

The MP had sent a letter to MBS in December 2022 in which he said Saudi aid “only goes to the corrupt class” and is “at the expense of the dignity of the Jordanian people”.

Jordan’s parliament said that al-Fayez had violated Jordan's law and constitution by “defaming the kingdom” and violating diplomatic protocol through his letter to MBS.

Parliamentary minutes also said the MP had been unduly absent from parliamentary sessions and had committed perjury.

Al-Fayez told The New Arab that he was “very happy” about the parliamentary vote, noting that he had submitted his resignation to the Jordanian legislature in early December.

In his resignation letter, he cited “foreign interference” in the parliament and its “lack of ability to do anything” as the reasons for his departure.

Saudi Arabia is an important economic partner to Jordan, employing thousands of Jordanians whose remittances are a vital part of the Hashemite Kingdom’s economy.

The Gulf monarchy also has been a large source of foreign aid to the country. In 2018, it and other Gulf countries offered at least $2.5 billion to Jordan in order to control mass protests over proposed austerity policies.

Jordan has punished citizens in the past who “disturb relations with sisterly countries,” under its counter-terrorism law. The charge has been leveled most often against those who have criticised Gulf countries.

In August 2020, famed political cartoonist Emad Hajaj was arrested for a cartoon which mocked the recently signed UAE-Israel peace treaty.

“We talk about political reforms and constitutional changes that can move Jordan to a better place. But what happened today confirms that all of this is just lip service,” al-Fayez said.

Nearly nine out of ten Jordanians said that they believe corruption is present in the Jordanian state, according to the 2022 Arab Barometer opinion survey.

In contrast, only 35 percent of Jordanians surveyed believe that the government is working to crack down on corruption – down from 60 percent in 2012.

Deepening inequality has aggravated concerns about corruption and economic mismanagement in the country.

The richest 1 percent of Jordanians made six times more wealth in 2020-21 than the bottom fifty percent of the population, Oxfam research revealed on 17 January.

In recent months, Jordan has experienced a mass strike by truckers and small business owners over the rising cost of living.

The government has responded by lifting some taxes on essential items such as kerosene, but otherwise has said that a repeal of subsidies is necessary to comply with the terms of its IMF reform program.