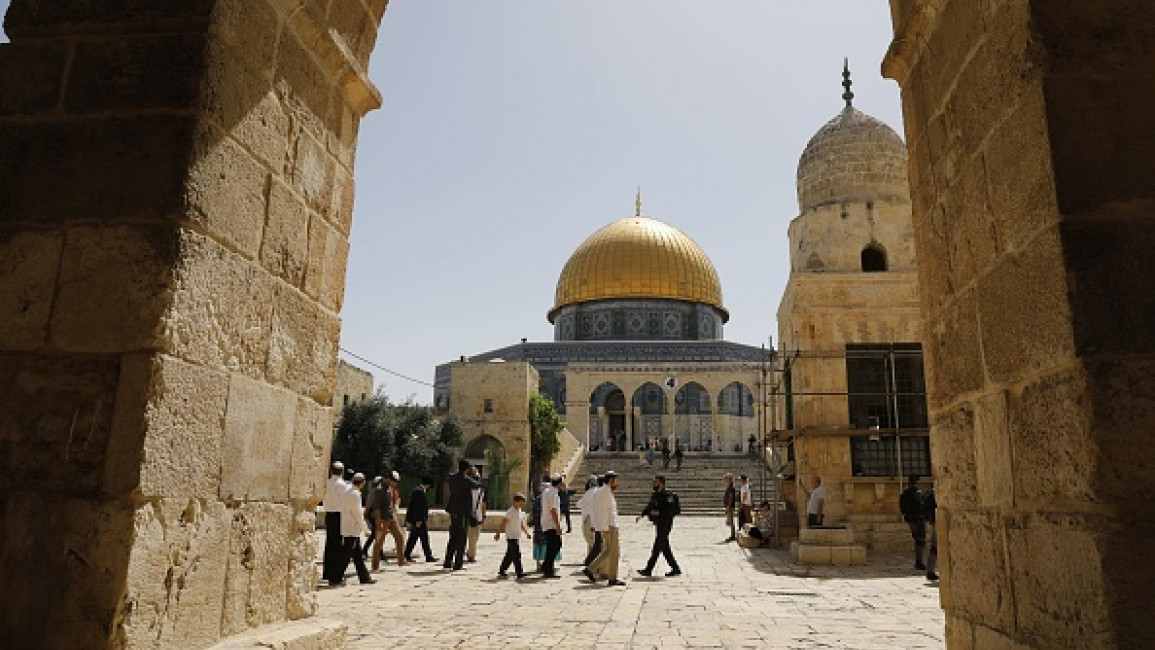 Another Palestinian man was shot and killed on Saturday night during an Israeli raid in Nablus, occupied West Bank, according to Palestinian sources.

Sa’ed al-Kouni, who is believed to be in his late 20s, was killed by an undercover Israeli army officer in the al-Ta’awon area of the city, reported the Palestinian Wafa agency.

Three others were also wounded in the raid and were subsequently rushed to hospital for medical treatment.

According to the Palestinian healthy ministry, more than 140 Palestinians have been killed by Israeli forces since the beginning of the year - most of which in the occupied West Bank territory, as well as 49 others during Israel’s intense air strikes on the besieged Gaza Strip in August.

The extremists stormed the compound through the Moroccan Gate and then performed Talmudic prayers under the protection of Israeli forces, while hundreds more performed rituals in the Al-Buraq Wall Plaza, which overlooks the third holiest site in Islam.

The holy site is also a key symbol of Palestinian national identity.

Activist Fakhri Abu Diab told Arabi21: "There is severe tension in Al-Aqsa, while the occupation forces are deployed in all the courtyards and squares of the blessed mosque".

"The occupation forces increased their presence at the gates of Al-Aqsa, as they impeded the entry of Jerusalemites to Al-Aqsa Mosque," he added.

The latest events come as far-right, settler organisations have intensified their calls to carry out mass storming of the holy site this week, coinciding with the beginning of the Jewish New Year which starts on Monday.

Meanwhile, Israeli authorities have permitted settler incursions into the Al-Aqsa Mosque and compound almost on a daily basis since 2003 with the exception of Friday, which is the Muslim day of worship.

East Jerusalem, where the Al-Aqsa compound is located, has been under Israeli occupation since the 1967 Six-Day War, following Israeli’s invasion of the territory.

Israeli forces and settlers have since subjected Palestinians in east Jerusalem and the West Bank to threats, intimidation and violence.