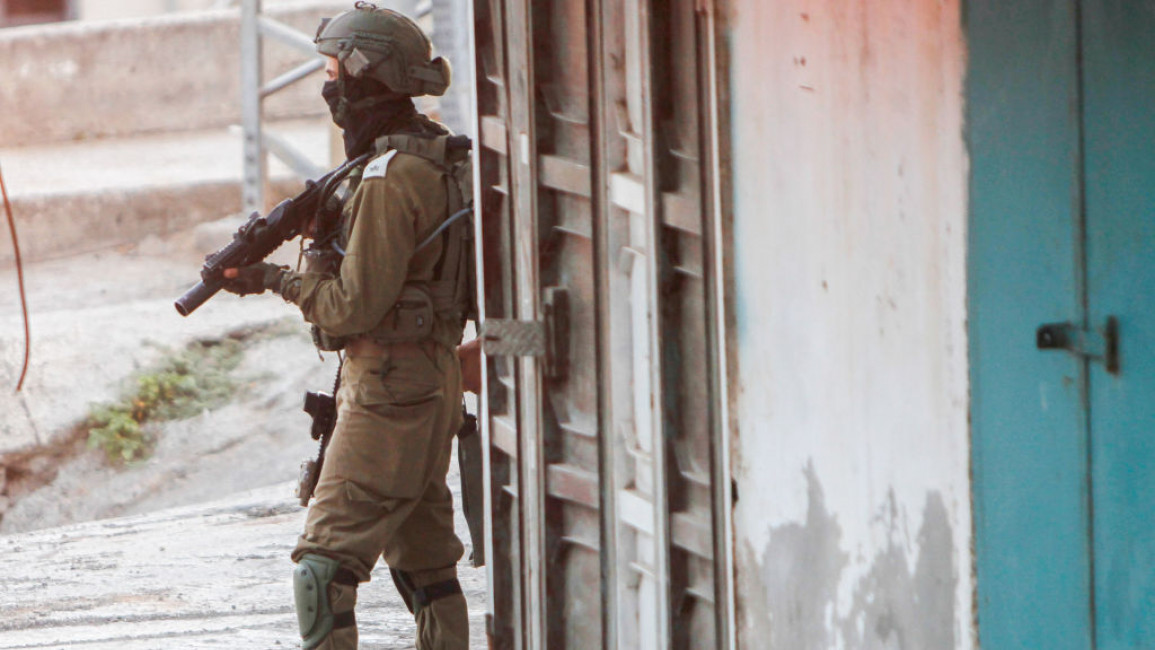 Israeli forces raided a residential building and confiscated CCTV camera recordings in the West Bank city of Nablus on Friday.

The Israeli raid took place in Nablus's Rafidiya neighbourhood, where they arrested a Palestinian man who has previously been imprisoned by Israel.

They said around ten military vehicles took part in the operation and there were mistaarvim driving around in civilian cars.

Mistaarvim are members of Israel's forces who go undercover pretending to be Palestinians.

Armed Palestinian youths fired on the Israeli forces taking part in the raid, the eyewitnesses said.

Palestinian family forced by Israel to knock down own home

Israeli soldiers removed the door from an apartment in a residential building they stormed, interrogating those living there before taking a recording device connected to the building's surveillance cameras.

They then withdrew from Nablus.

On Thursday, Israeli settlers attacked a Palestinian man and his son while they were inside the Israeli municipality building in the occupied city of Jerusalem.

That same day a Palestinian from Umm Al-Fahm, a city within Israel whose population is almost exclusively Palestinian, was banned for six months from East Jerusalem's Al-Aqsa Mosque, the third-holiest place in Islam.

Israeli snipers set up on the roofs of local Palestinians' homes as the military, which also employed sound grenades, denied ambulances access 👇https://t.co/V4vBjEHluj

Israeli police protected settlers on Thursday evening as they stormed East Jerusalem's Old City and carried out a provocative march in the Al-Wad Street in the Muslim Quarter.

Al-Wad Street is a key pathway near both the Western Wall, the holiest site where Jews can pray, and Al-Aqsa.

Also in East Jerusalem, Israeli forces arrested the son of Palestinian governor of Jerusalem Adnan Ghaith, from his home in the Silwan neighbourhood.

Many Palestinians in Silwan are threatened with expulsion by Israel.