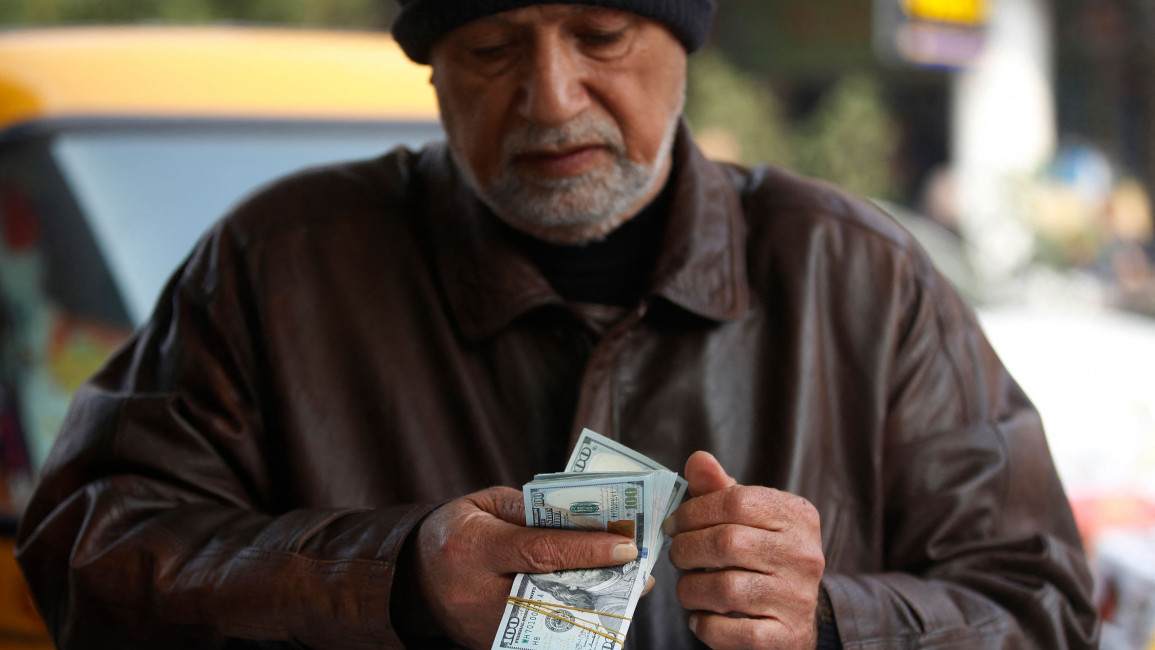 The Iraqi dinar slightly boosted on Tuesday after Iraq’s prime minister replaced the governor of the country's Central Bank, following a weekslong plunge of the Iraqi currency vis-a-vis the US dollar.

Economists, however, warn that Iraq urgently needs changes to its financial, economic, and management systems, as well as replacing old officials to limit the impact on the dinar's value. In addition, economists urged that the Iraqi government should reach a strategic agreement with the US.

Mukheef, who was in the post since 2020, was replaced by Muhsen al-Allaq, who governed the central bank from 2014 to 2020. Mukheef was seen as close to Shia cleric Moqtada al-Sadr who withdraw from the Iraqi political system last summer after his parliamentary bloc won the majority but could not form a cabinet. Allaq is close to Nouri al-Maliki, a former PM of Iraq and a close ally of Iran.

The dinar revived to 1, 620 per US$1 after it hit new unprecedented lows last week, reaching about 1, 700 to the dollar. The currency has lost nearly 7 per cent of its value since mid-November. The official rate stands at 1,470 dinars to US$1.

"Over the years the Iraqi political sides were contesting over the position of governor of ICB, Mukheef was accused by political rivals with the Shia of working for the Sadists and trying to make Sudani's cabinet fail. In the coming days, we will see how Allaq can regain the value of the Iraqi dinar and reduce inflation," Karwan Hama Salih, an Iraqi Kurdish economist, said to The New Arab.

"The ICB and the government, through issuing nearly 26 statements in the past few months, failed to create a positive psychological impact on Iraqi citizens to trust in the national currency and reduce buying the dollar. Thus, reshuffling the governor of ICB now is another attempt by the Iraqi government to create such a positive psychological impact on the Iraqi markets," Hama Salih said.

Hama Salih further said that since the 2003 US-led illegal invasion and occupation of Iraq, more than US$300 billion are missing in the country, most of which has been smuggled abroad through money laundering, particularly to the neighbouring countries.

"Unfortunately, Iraq has not been investing in surpluses of the hard currency begotten from selling oil to build infrastructure and boosting the key sectors, and the money has been flowing out," he noted.

"The US authorities have noticed that nearly 57 per cent of the dollars sent back to Iraq by planes, as revenues of selling oil, are being smuggled to neighbouring countries under the US sanctions—mainly Iran and Syria. Therefore, the US Federal reserve now only sends amounts of dollars that Iraq reeds locally," he added.

Many Iraqis criticised Sudani for the reappointment of Allaq, casting concern the situation might become worse.

Allaq's term in office was mired by a major corruption when he admitted in front of the Iraqi parliament that rainwater entered the vault of the state-run Al Rafidain Bank and spoiled seven billion Iraqi dinars.

Iraqi exile journalist Ali Fadhil who previously leaked tens of alleged corruption cases of the Iraqi ruling elites, wrote on Twitter that he will soon leak an audio record by Allaq in which he is allegedly involved in money smuggling out of the country.

Fadhil also cautioned that further danger is on the horizon when oil prices decline, then the ID will further lose its value, leading to deeper economic and political crises in Iraq as the country gets almost 90 per cent of its income from selling oil.

"Unless the Iraqi government soon reaches a strategic agreement with the US, as well as other international countries — even with Iraq's neighbours — the depreciation of the national currency will continue to dangerous standards, making Iraq a corpse..." the journalist wrote.

Iraq, the second-largest crude oil producer in OPEC after Saudi Arabia, mainly depends on income from selling oil in US dollars. The Central Bank of Iraq then sells the US dollar, as well as other foreign currencies in daily auctions.

Recently, the US Federal Reserve has blacklisted nearly fourteen Iraqi private banks and forced the ICB to launch an online platform in an attempt to limit the overflow of US dollars to countries sanctioned by the US.

The Iraqi foreign minister is scheduled to visit the US soon, to pave the way for an expected visit soon by Sudani and a meeting with US president Joe Biden. Political and economic observers say the meeting would be decisive as Sudani would try to settle the currency exchange issue with the US senior officials.