Iraq apologises after chaos at Gulf Cup prevents Kuwaiti Emir's representative from attendance
Sports
2 min read
The New Arab Staff & Agencies
Iraq has apologised for a fight that broke out at the opening ceremony of the Gulf Cup, which caused the Kuwaiti delegation to leave the stadium. 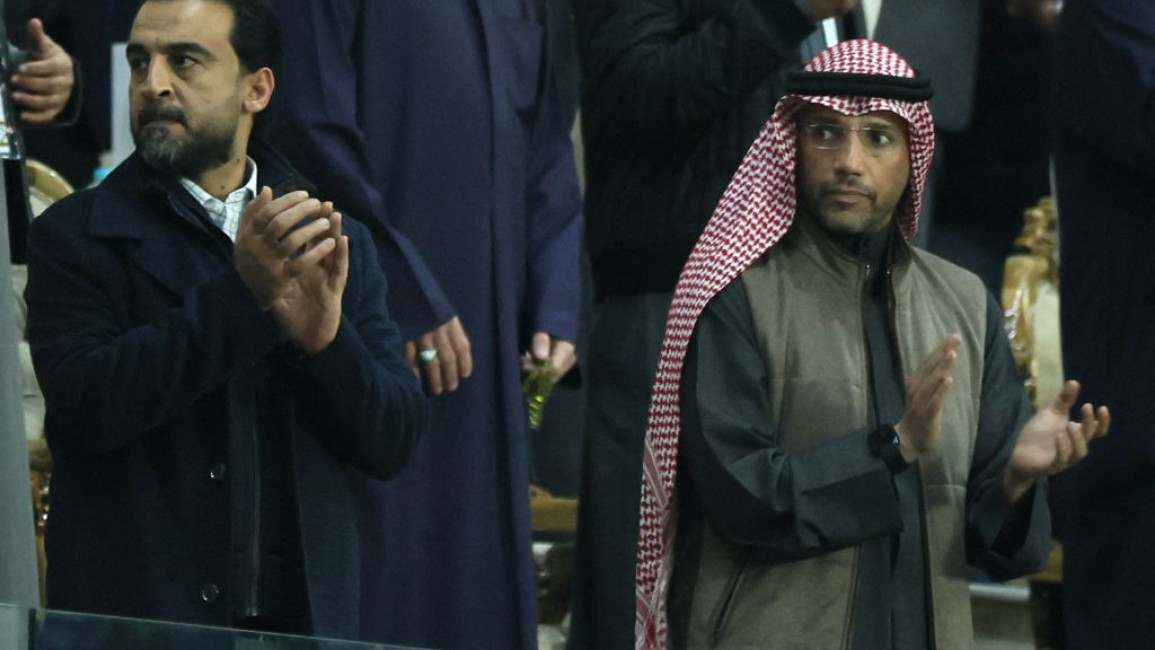 Iraq has apologised to its neighbour Kuwait after a scuffle in the VIP section prevented the Kuwaiti emir's representative from attending opening ceremonies at the Gulf Cup football tournament.

Matches are taking place in the city of Basra, near Kuwait, as war-scarred Iraq hosts the regional event for the first time in more than four decades.

The country was long banned from international football and is counting on the tournament to burnish its image.

Videos on social media showed about 20 men verbally abusing and jostling each other, for unknown reasons, in a VIP section of the city's International Stadium. It was hosting the tournament's opening match between Iraq and Oman on Friday night.

During the chaos, Kuwait Olympic Committee president Sheikh Fahad Nasser Sabah al-Ahmad could not get into the venue, Kuwaiti press reported. He was representing the country's Emir Sheikh Nawaf al-Ahmad Al-Sabah.

The president of the Kuwait Football Association and his delegation withdrew from the opening ceremony "in solidarity" with the emir's representative, who could not attend for safety reasons, the reports said.

ICYMI: Iraqi volunteers are painting the streets of Basra with murals as it prepares to host the Arabian Gulf Cup for the first time in decades ⚽️ pic.twitter.com/giloXowFIq

The Association "expressed its strong dissatisfaction with the poor organisation... and the resulting mass stampede and overcrowding," Kuwait's Arab Times reported.

It added that Kuwait's national team would still play in the tournament.

Iraq's football federation on Saturday apologised to the Kuwaiti delegation "for the difficulties encountered in entering the stadium".

Security also refused entry to some fans as well as accredited press photographers including from AFP.

Iraq's federation said it would "take into account" what happened both inside and outside the stadium "to make sure that organisation improves".

The country had not hosted the Gulf Cup since 1979, the year dictator Saddam Hussein seized power in Baghdad.

In 1990 he invaded Kuwait, leading to a ban on Iraq by world football's governing body FIFA.

Other bans followed sporadically until early 2022 because of Iraq's years of war and instability.

But with a semblance of stability returning to the country, tournament organisers have undertaken major infrastructure projects and Iraqis are enthusiastically welcoming their Kuwaiti neighbours.

Eight regional nations are competing in the Gulf Cup, which runs until January 19.