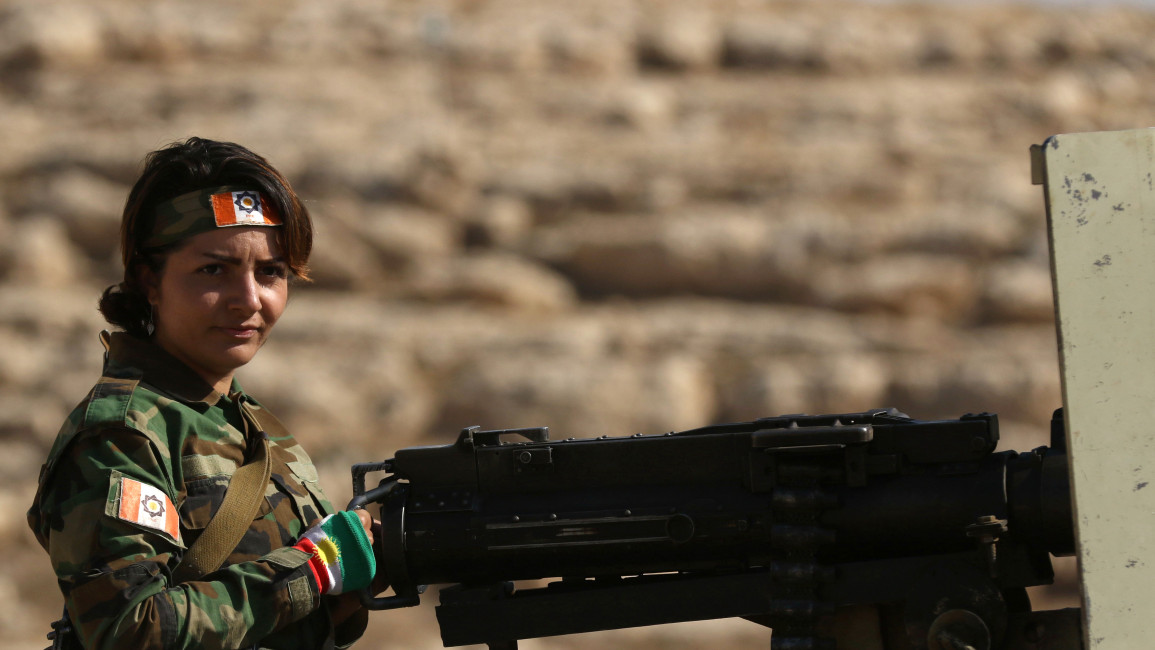 "The IRGC launched four ballistic missiles against our headquarters in Pirde sub-district of Erbil province, fortunately, there were no casualties as we have already taken precautionary measures," Khalil Nadiri, PAK's spokesperson said to TNA. "One of the missiles landed about 40 metres from the place where our party leader was meeting with our forces, fortunately, and he was not hurt."

Since 2014, PAK has fought alongside the Kurdish Peshmerga forces in the fight against the Islamic State (ISIS).

Iran has been targeting the bases of the Iranian Kurdish opposition parties regularly, yesterday's missile attack was the third this month. Iran is blaming the parties for launching attacks against Iran's armed forces from Iraqi territories and fuelling the ongoing protests inside Iran. Although Iran has been using lethal force, it has failed to curb the protests, especially in Kurdish-populated areas west of the country.

Last week, IRGC's Quds Force commander Esmail Qaani threatened ground operations in pursuit of the Iranian Kurdish parties inside the Iraqi territories if the Iraqi and Kurdish authorities do not disarm the parties.

Nadiri said they have no formal relations with the Iraqi federal government but have ties with the Kurdistan Regional Government (KRG) that so far did not ask them to lay down their arms.

"We would not lay down our weapons and would not accept relocation to a third country.  The KRG minister of interior Rebar Ahmed has told Iranian officials in Tehran that the KRG neither would ask the Iranian Kurdish parties to lay down arms, nor it can disarm us because we are not terrorists," Nadiri said.

"Since 1991, we did not launch any armed operation against Iran from the Kurdistan region territories, Iran only uses that as a pretext to disarm us and gather us in a camp similar to the Mojahedin-e-Khalq Organization (MKO)- now an exiled Iranian resistance group- and then easily can target us," Nadiri added. "If the KRG would demand us to lay down our weapons, we would refuse that and would return to the Iranian Kurdistan to continue with our armed struggle against Iran."

Iraqi Shia PM Mohammed al-Sudani and President of the Iraqi Kurdistan region Nechirvan Barzani on Tuesday in Baghdad discussed the security dossier at the Iraqi borders.

"Both sides emphasised cooperation to protect Iraq's sovereignty, reject repeated violations, and work to prevent using Iraqi territories as launchpads for attacking any neighbouring country," they said in a joint statement.

Al-Sudani early this week indicated deploying more Iraqi border guards across the Iraqi borders in the Kurdistan region with Iran.

Since September people of Iran have been taking to the streets in protest of the tragic death of Mahsa Amini, a 22-year-old Kurdish woman from Saqqez who died three days after being severely beaten by Iran's morality police for not wearing "a proper hijab".

Two people were killed, and several others wounded on 15 November when Iran's Islamic Revolutionary Guard Corps (IRGC) targeted the headquarters of the Iranian Kurdish opposition parties in northern Iraq with ballistic missiles and suicide drones.

The strikes targeted bases of the Kurdistan Democratic Party of Iran (KDPI) near Koya town of Erbil province, and the Komala Toilers Party of Kurdistan, in Zirgwez village of Sulaimaniyah province. Another KDPI peshmerga was killed on 21 November when an IRGC missile hit the party's headquarters in Koya.

In late September, IRGC hit the headquarters of KDPI, PAK, and Komala, with missiles and suicide drones, consequently, 13 people were killed, including several fighters of KDPI and PAK; at least 58 others were injured.