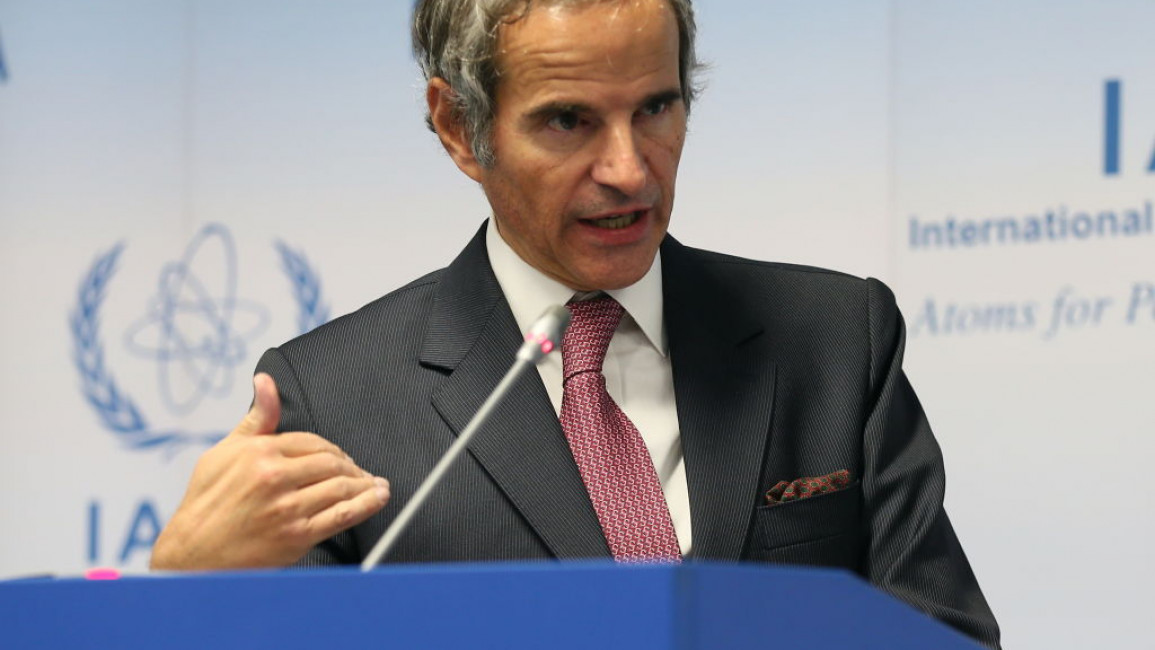 UN nuclear watchdog chief Rafael Grossi said on Wednesday that he hoped a planned visit to Tehran as part of a probe into uranium traces found in Iran would still take place.

His comments came after the Islamic Republic had appeared to question a visit was even on the agenda.

The International Atomic Energy Agency (IAEA) has been pressing Iran to provide answers on the presence of undeclared nuclear material found at three sites.

The IAEA probe has been a key sticking point that led to a resolution criticising Tehran in June.

A delegation from the UN nuclear watchdog was due to visit Tehran by the end of this month, but Iran's atomic energy chief Mohammad Eslami reportedly said earlier on Wednesday that no such visit was planned "for the moment".

"Maybe it is lost in translation," Grossi told reporters in Vienna.

"But we hope that this technical meeting" aimed at resolving outstanding issues will happen.

"Some doubt" was now hanging over the visit by senior agency officials, Grossi said, but he added that he was hopeful Iran would be able to "clarify" that.

Iran is seeking closure of the @iaeaorg's investigation of its nuclear activities, among other guarantees, in order to revive the country's 2015 nuclear deal with world powers 👇https://t.co/a6CHTmZJin

Eslami later told Iran's state news agency that during a meeting last week between Iranian officials and the IAEA, "it was decided that a delegation from the agency would… travel to Iran".

But he qualified this by casting doubt on whether any such trip would be "useful" if undertaken in a context where the IAEA's board of governors approves a draft resolution put forward by the US and European nations.

Traces of undeclared uranium of man-made origin had been discovered at three Iranian sites in the past.

A quarterly report by the IAEA last week also concluded there had been "no progress" in the long-standing investigation.

The issue of the "three sites" has been a point of contention during on-off talks between Tehran and world powers to revive a 2015 landmark deal that sought to curb Iran's nuclear programme in exchange for sanctions relief.

Late on Tuesday, diplomats said that a fresh resolution rebuking Iran had been submitted to the IAEA's board of governors.

Tehran immediately rejected the resolution put forward by Western nations calling on Iran to cooperate fully with the IAEA.

"They wrote a resolution and brought documents which they themselves know are not true and which are rejected by the Islamic Republic," Eslami said.

The resolution was set to be discussed during a quarterly meeting of the IAEA's 35-nation board of governors that began on Wednesday.

The draft text seen by AFP underscored that it was "essential and urgent" for Iran to "act to fulfil its legal obligations".

It comes against the backdrop of stalled talks on reviving the 2015 nuclear deal.

The agreement Iran reached with Britain, China, France, Germany, Russia and the United States gave Tehran relief from sanctions in return for guarantees it could not develop an atomic weapon. Iran has always denied wanting a nuclear arsenal.

The deal collapsed after Washington's unilateral withdrawal in 2018 under then president Donald Trump.