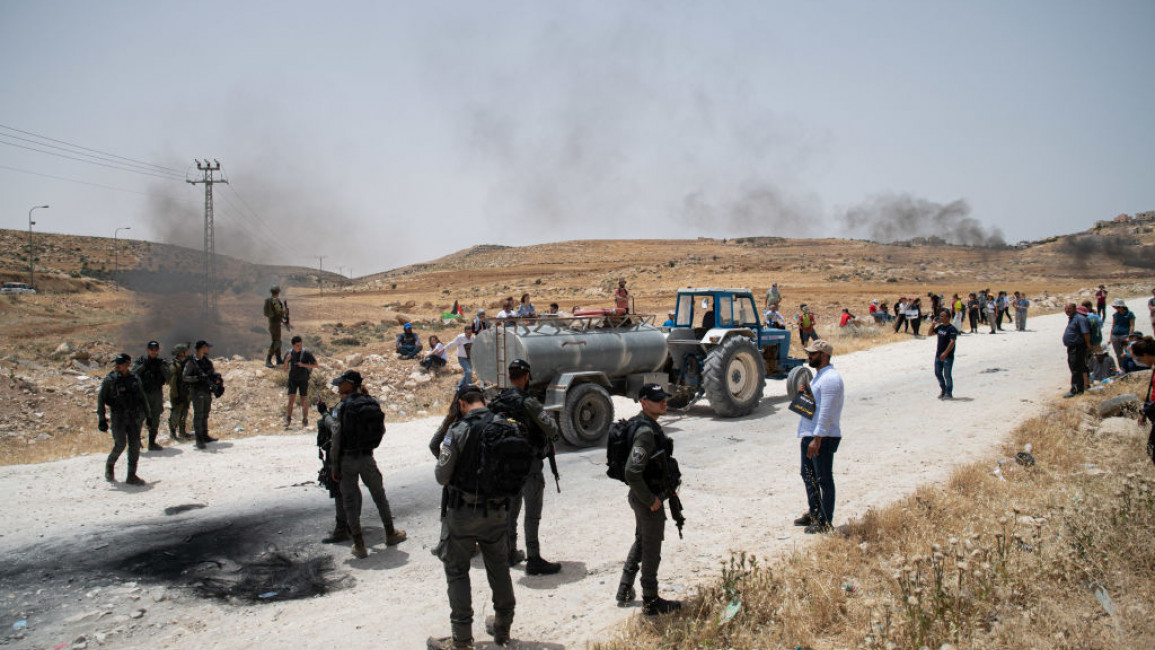 Human Rights Watch charged on Monday that new Israeli rules for foreigners entering the West Bank risked turning the occupied territory into "another Gaza," cutting residents off from the outside world.

The regulations, which have faced waves of condemnation from the European Union and United States, have also been clouded by uncertainty.

Israeli said the rules, which came into force in October, are aimed at clarifying the procedures surrounding West Bank entry and are being implemented on a two-year trial basis.

They were also revised last year amid widespread criticism.

Despite those revisions, HRW said the measures "threaten to further isolate Palestinians from loved ones and global civil society."

"By making it harder for people to spend time in the West Bank, Israel is taking yet another step toward turning the West Bank into another Gaza, where two million Palestinians have lived virtually sealed off from the outside world for over 15 years," HRW's Eric Goldstein said.

Gaza has been under a strict Israeli blockade since 2007, the year Hamas Islamists took power in the coastal territory. Israel has occupied the West Bank since 1967.

Israeli fire kills another Palestinian in the West Bank

Some of the most controversial new West Bank access measures relate to foreigners seeking to join their Palestinian spouse.

Israel, under the new rules, can reject such family reunification claims if they violate "the policy of the political echelon."

There are also new curbs on foreigners seeking to spend time in the West Bank, including to volunteer, study or teach.

For academics, for example, Israel now retains the right "to review the academic qualifications of lecturers or researchers at Palestinian universities," and determine whether their qualifications merit an extended stay, HRW said, citing the guidelines.

HRW said that, in practice, the new rules "foreclose all paths to remain long-term in the West Bank" for large categories of people.

The Israeli defence ministry body responsible for civil affairs in the Palestinian territories, COGAT, did not immediately respond to questions about the implementation of the guidelines or HRW's criticisms.