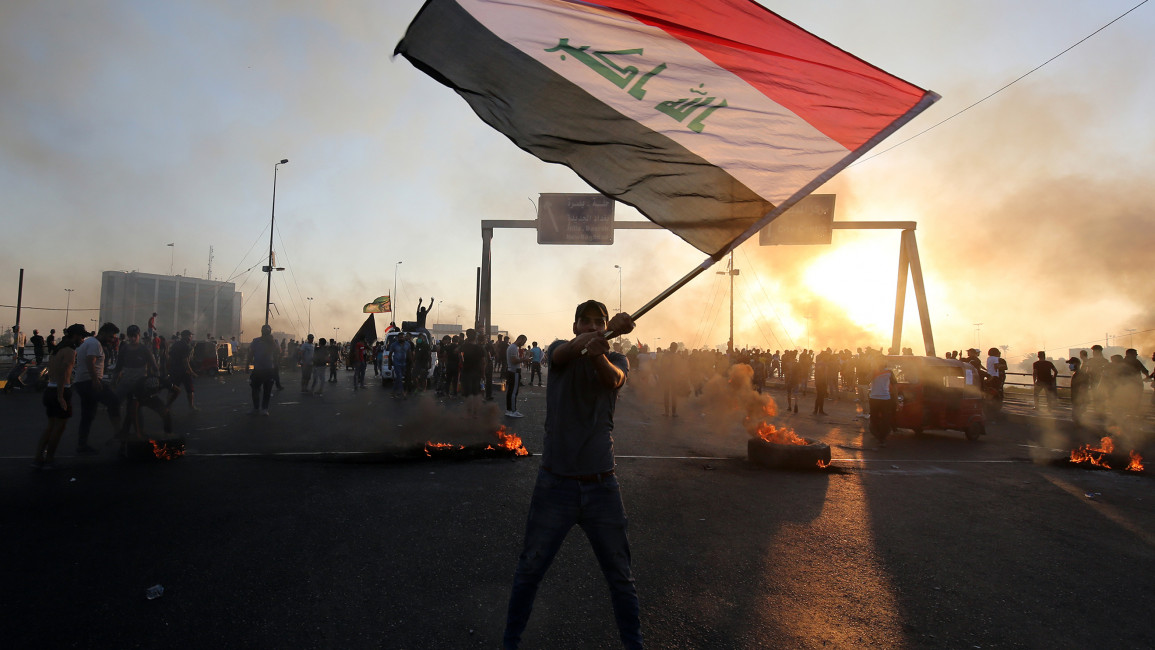 "In 2022, the Iraqi government under former Prime Minister Mustafa al-Kadhimi struggled to deliver on key demands made by protesters, leading to what the UNDP described as a further breakdown in the social contract between rulers and ruled," the report said.

"In the KRI, Kurdish authorities in 2022 used vaguely worded laws to target critics for expressing criticism and opinions they object to. In August, Kurdish authorities arrested dozens of journalists and activists in advance of planned protests called for by KRG critics. Three of those arrested and briefly detained were members of the Iraqi parliament," read an excerpt of the report.

"Similarly, in 2021, the Erbil Criminal Court sentenced three journalists and two activists to six years in prison after they were convicted in court proceedings marred by serious fair trial violations and political interference—a trend in the KRI dating back years," it added.

In 2019, protests erupted against then-prime minister Adel Abdul Mahdi's government with demonstrators demanding an overhaul of a political system they see as profoundly corrupt and keeping most Iraqis in poverty.

More than 560 people, mostly unarmed demonstrators but also members of the security forces, were killed in the spate of popular unrest as Iraqi security forces and unidentified gunmen cracked down.

Former Prime Minister Mustafa al-Kadhimi, who came into power in May 2020, promised to investigate the violence and hold those who opened fire at the protestors accountable.

"But between 2020 and October 2022, in the cases of killings, assassinations, kidnappings, and injuries Human Rights Watch investigated, barely any of the legal complaints filed by families and individuals had progressed towards achieving justice. In cases of killing, maiming, and disappearance of protesters investigated by Human Rights Watch, no legal accountability had been achieved, even for high-profile assassinations of activists such as Reham Yacoub in Basra in August 2020," HRW noted.

The weaponisation of water and Iraq's climate catastrophe

"In 2021, former Prime Minister al-Kadhimi touted the arrest of the alleged killer of well-known security analyst Hisham al-Hashimi, but the presiding judges in the case have on multiple occasions postponed the trial without arraigning the suspect," the report said.

As per women's rights, the organisation criticised the authorities and stressed that "women continue to struggle against patriarchal norms embedded in Iraq's legal system. Some survivors of human trafficking are tried and convicted of prostitution. More generally, women survivors of gender-based violence have limited access to shelter or justice."

The watchdog also indicated that members of the lesbian, gay, bisexual, and transgender (LGBT) community in Iraq "experience systematic violent targeting because of their sexual orientation. This violence includes killings, abductions, torture, and sexual violence."

The report also slammed the Iraqi authorities for failing to rescue almost 3,000 Yezidi women and children who remain missing following abductions by ISIS when the group controlled two-thirds of Iraq's territories in 2014.

"There has been no systematic effort by the Iraqi authorities to rescue them or ensure their return. Instead, families and Yazidi volunteers have largely driven all such rescue efforts," HRW reported.

Iraq is the fifth most vulnerable country to global warming and climate change, which impacted the country with rising temperatures, worsening droughts and frequent sandstorms.

The right group said environmental issues "are exacerbated by political conditions. Poor governance, including water mismanagement, has contributed to the effects of the drought."

Since the 2003 US-led illegal invasion and occupation of Iraq, Iraqi authorities - including the northern Kurdistan region (KRI) run by the Kurdistan Regional Government (KRG) - continue to abuse basic human rights although the country is a party to the International Covenants on Human Rights.