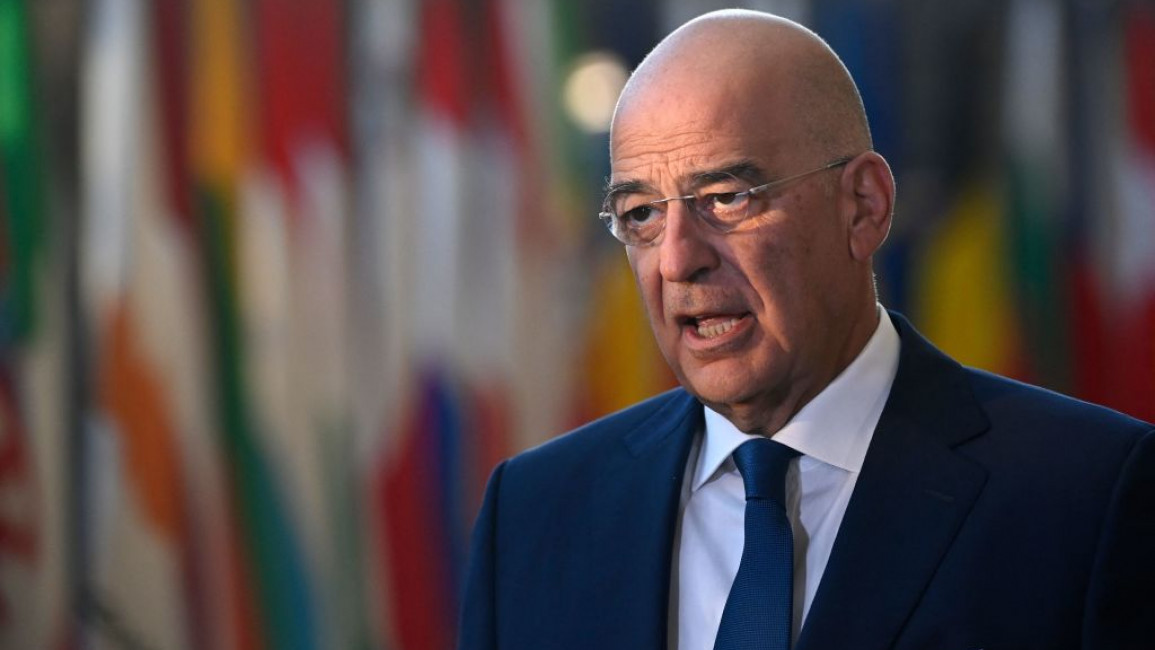 Greek Foreign Minister Nikos Dendias snubbed his Libyan counterpart on Thursday, abandoning a planned visit to Tripoli to avoid being welcomed by the top diplomat of a government allied with arch rival Turkey.

Libyan Foreign Minister Najla al-Mangoush was left waiting on the tarmac at Tripoli airport when Dendias refused to disembark from his plane and instead flew on to second city Benghazi, where a rival administration holds sway.

Athens blamed the incident on Tripoli, where Dendias had been scheduled to meet the head of Libya's Presidential Council, Mohamed el-Manfi, without meeting members of the executive, according to the Greek foreign ministry.

Dendias's visit to the politically divided North African nation comes after Libya's Tripoli-based government signed a memorandum of understanding with Ankara over exploration for Mediterranean oil and gas that is bitterly contested by Athens.

Mangoush had been waiting on the tarmac to welcome Dendias "in keeping with diplomatic norms", a statement from her ministry said.

But "in a surprising and insulting move, the Greek minister refused to disembark from his plane and left without any clarifications," it added.

Built on a 2019 border deal between Tripoli and Ankara, the energy exploration agreement signed last month angered Greece, Egypt and Cyprus which argue that neither side has a right to drill in those areas.

The rival administration which holds sway in Benghazi also condemned the deal, insisting the Tripoli-based government of Abdulhamid Dbeibah no longer has a mandate to rule or sign international agreements.

The Libyan ministry said Dendias had been invited in response to a request from Athens, "despite (him) taking offensive positions... and making unbalanced statements about Libya's sovereignty and its right to establish relations that meet the hopes of its people".

After the signing of the hydrocarbons memorandum in October, Dendias had said it "threatens stability and security" in the region.

"Ms Mangoush tried to impose on me by her presence at the airport to meet with her. As a result I interrupted the visit in Tripoli and we flew to Benghazi, where the schedule was followed," the Greek minister said in the eastern city of Benghazi.

There, he delivered three small boxes of coronavirus vaccines and a 550,000-euro ($568,000) donation towards a World Food Programme reconstruction of the port.

He also met members of the eastern-based parliament, tweeting that he had thanked them for "their clear stance on condemning the Turkish-Libyan 'memorandum' in 2019 and the one signed in October".

Later, Dendias met military strongman Khalifa Haftar, for talks he said focused "on the need for #Libya stabilisation & promoting peace and stability in the wider region", according to his Twitter account.

Libya has been plagued by violence since the overthrow of Moamer Kadhafi's regime in a 2011 NATO-backed uprising.

Dbeibah was appointed as part of a United Nations-guided peace process following the last major battle in Libya in 2020. Tripoli's troops, backed by Turkey, pushed back Haftar's forces -- backed by Egypt and others -- after their year-long attempt to capture the city.

The parliament and Haftar say Dbeibah's mandate has expired, further complicating the country's foreign relations as well as its domestic landscape.