Gaza resistance in a 'state of alert' of potential Israeli attacks after two explosions in Jerusalem
MENA
3 min read
Sally Ibrahim
Gaza
Speaking to The New Arab, a fighter within Hamas said that the joint meeting including various Palestinian resistance groups adopted "unprecedented security measures", as well as summoned all the fighters to be ready for any emergency. 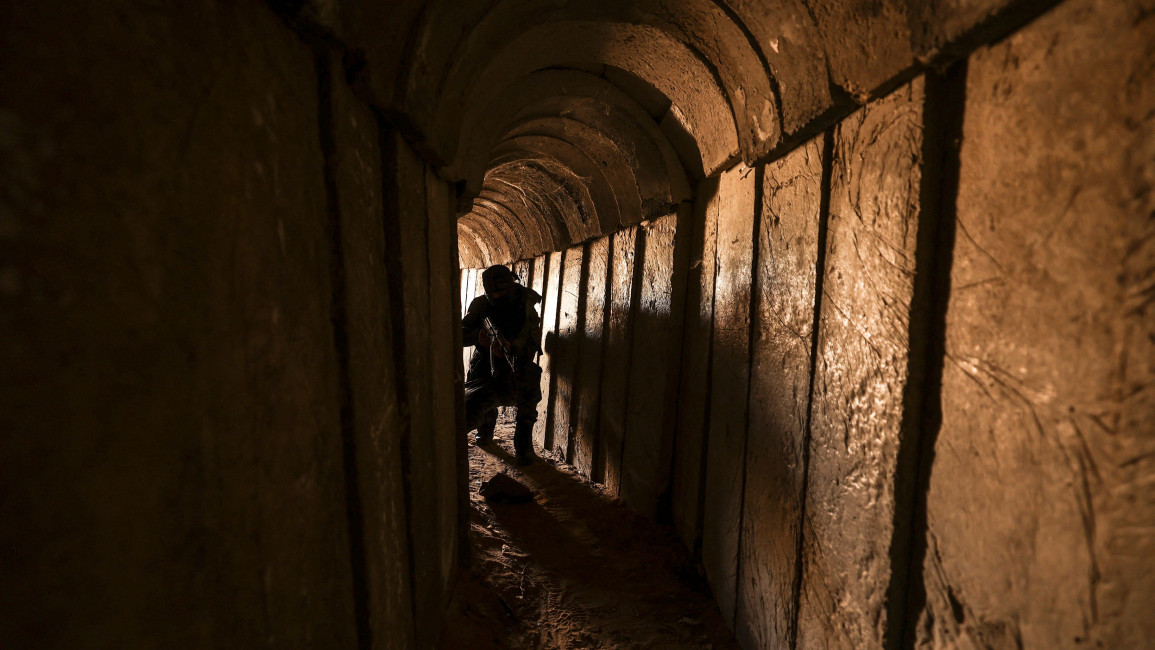 Palestinian armed groups in the Gaza Strip on Wednesday declared a "state of alert" in the coastal enclave in anticipation of a possible Israeli military attack on the besieged territory, according to security sources.

Speaking to The New Arab, under the condition to not mention his name, a fighter within Hamas said "the joint room of the Palestinian resistance adopted unprecedented security measures, as well as summoned all the fighters to be ready for any emergency."

"So far, the resistance does not have confirmed information of the Israeli enemy will attack Gaza (...) However, the developments on the ground push us to be ready for any Israeli folly that might be committed against our people," he said.

"The resistance is ready to involve in a new large-scale war with Israel," he added, pointing out that the resistance has placed its personnel on alert to respond to any Israeli bombardment.

Israel is attempting to curb the unprecedented "escalation" with the Palestinians in the occupied West Bank by diverting attention to besieged Gaza Strip, Palestinian analysts said to The New Arab. https://t.co/LPnBWfkcl8

The state of alert was announced following two separate explosions that occurred earlier in the day at a bus station in west Jerusalem, killing an Israeli and wounding at least 22 others, according to Israeli police.

At 7:05 am local time, a detonation device was set off near a bus in the Givat Sha'ul area, leaving several injured, some in critical condition.

Around 7:35 am, another blast occurred next to a bus stop at the Ramot intersection in Jerusalem. Three minor injuries were evacuated from the scene for medical treatment.

According to the Israeli public broadcaster, the Israeli police suspect a cell in east Jerusalem is behind the bombings.

Meanwhile, the Israeli Maariv newspaper also claimed that "the nature of the bombings in Jerusalem unequivocally points to the involvement of Hamas."

One Israeli was killed and 18 people were injured in two separate, but coordinated explosions at separate bus stops in West Jerusalem on Wednesday morning, the Israeli police said. https://t.co/NRxQoxWSGf

Despite the fact that Hamas has not claimed responsibility for the explosions, the movement's spokesperson praised the "heroic operations" and stressed that "they came as a natural response to the endless Israeli crimes and violations in Jerusalem, Al-Aqsa Mosque Compound, and the occupied West Bank."

Abdul Latif Qanou, a Gaza-based spokesman of Hamas, said in a press statement that "such explosions came as a result of the Israeli settlers' storming against the Palestinian and Islamic holy Al-Aqsa Mosque and Israeli attempts to divide it temporally and spatially."

In turn, the Palestinian Islamic Jihad (PIJ) said that “the Palestinian people possess a strong will and are ready to do anything in order to protect their land and sanctities."

In a press statement sent to TNA, Daoud Shehab, the PIJ spokesman, said that the Palestinian people "will not stand idly by before the formation of a new government coalition that places settlement, Judaisation, and aggression on the top of its priorities, and strives to devour what is left of the Palestinian land."

The two bombings come in light of the tension between the Palestinian and Israeli sides since the beginning of this year.

For months, the occupied West Bank has become a deadly battleground between Palestinians and the Israeli army.

Since March, Palestinian attacks against Israelis have escalated, both in the West Bank and Israel, killing at least 21 Israelis. On the other hand, Israel has killed at least 204 Palestinians, including women and children.