Egypt had at least 60,000 political prisoners since Sisi took power: NYT
MENA
4 min read
Thaer Mansour
Egypt - Cairo
From September 2020 to February 2021 alone, NYT estimated around 4,500 people were in pretrial detention limbo. But the paper reported that the true total is likely greater than the reporters' estimate, which is only a partial snapshot of the system. 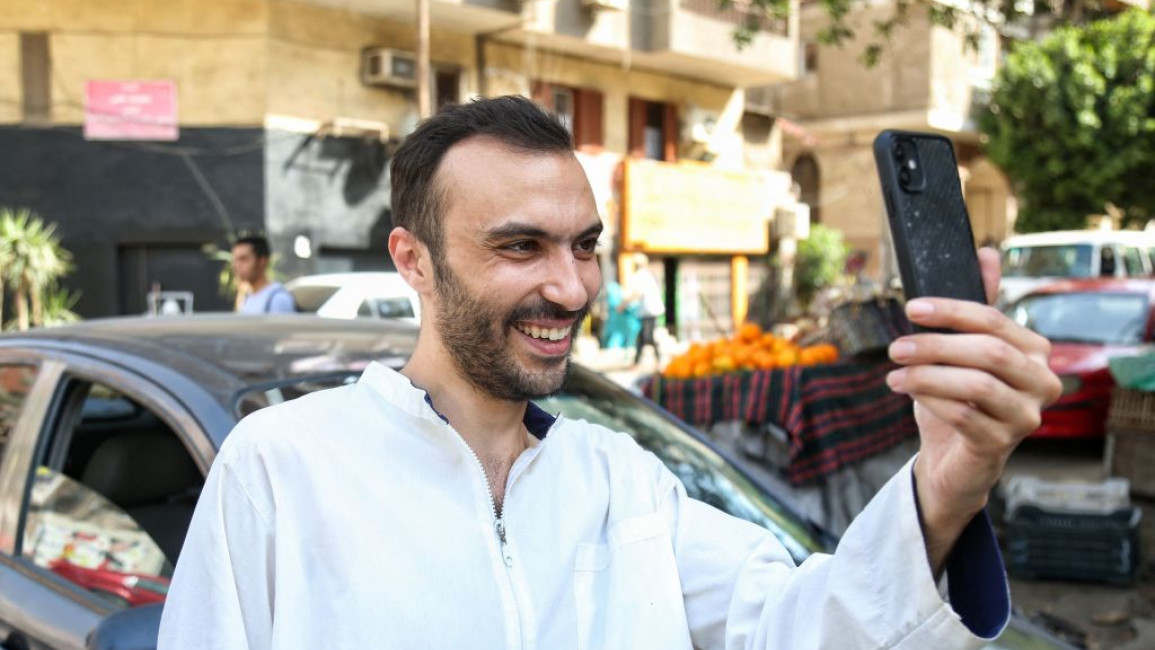 Local and international human rights groups estimate that Egypt has been holding as many as 60,000 political prisoners and detainees behind bars since president Abdel-Fattah El-Sisi took office.

However, according to The New York Times, "no public records exist of how many people are held in pretrial detention" but an analysis by the newspaper "of handwritten court logs, painstakingly kept by [Egyptian] volunteer defence lawyers, shows for the first time the number of individuals detained without trial and exposes the circular legal process that can keep them there indefinitely."

The findings were reached by three NYT reporters: Vivian Yee, Allison McCann, and Josh Holder and published in a long report run on Saturday, the day Sisi met with US president Joe Biden in Jordan for the first time since the US president took office.

Even though it was not officially published, Biden is believed to have raised the issue of human rights with Sisi, as well as with other Arab leaders during his first Middle East trip.

From September 2020 to February 2021 alone, NYT estimated around 4,500 people were in pretrial detention limbo.

But the paper reported that the true total is likely greater than the reporters' estimate, which is only a partial snapshot of the system.

"The estimate leaves out detainees who were arrested and released before the five-month mark, the first time a court appearance is required. Nor does it include Egyptians prosecuted outside the capital. And there is no public accounting of prisoners held off the books in police stations and military camps or those who have simply vanished," the report read.

"Pre-trial detention is renewed after a person is charged with a crime. In the case of a political detainee, it's usually a ready set of known charges to any human rights lawyer: 'disseminating false news, misusing social media tools, and being a member of an illegal group (usually the Muslim Brotherhood designated a terrorist group since 2014),'" a prominent rights lawyer told The New Arab, on condition of anonymity for safety-related reasons.

After a detainee is accused of these charges, even over publishing a tweet or a post on Facebook, like the case with jailed prominent activist Alaa Abdel-Fattah, his or her detention is renewed by the court every 45 days, in most cases without a lawyer present or a case reviewed.

"Legally, pre-trial detention can be renewed for only 24 months. But there is a manipulative way to recycle the detainee into a new case while s/he still in custody. So the detainee remains in jail for another four years and so on after being charged with another case while already being detained," the lawyer explained.

The New Arab attempted to interview several activists after being released from detention but they showed concerns to talk to the media.

According to NYT, "dozens or even hundreds of people may be grouped together in the same case, and their detentions renewed en masse. One case included more than 600 people arrested during anti-government protests in 2020."

The report revealed that the arrests "include a 14-year-old boy arrested in Giza, a 57-year-old woman arrested at her home in Alexandria, and a 20-year-old man arrested at an architecture office in Suez."

The NYT report also spotlighted enforced disappearance which is commonly used by the security apparatus against dissidents in the country, with some detainees appearing days or weeks later at a prosecutor's office to face charges, while others have disappeared entirely, and others dying due to torture.

One case the paper mentioned is the son of Abdo Abdelaziz, 82, a pickled fish trader in Aswan. The elderly man spent the first few days after security officers arrested his son in October 2018 waiting at the police station.

He was certain his son, Gaafar, would be out soon: Gaafar was a driver, he said, a father of four with no time for politics.

"When I'd hear about someone being arrested, I'd think they must've done something wrong," he told NYT. "But because I know we're not political, we're not fundamentalists, I figured they'd let him go."

After the US presidential election, Egypt released more than 200 prisoners in what some interpreted as a goodwill gesture towards Biden.

Soon afterwards, rights lawyers told NYT, that at least 140 of them were recycled into new cases.

"The report of the New York Times is very detailed and daring. I assure you every single piece of information in it is true," the lawyer TNA talked to concluded.