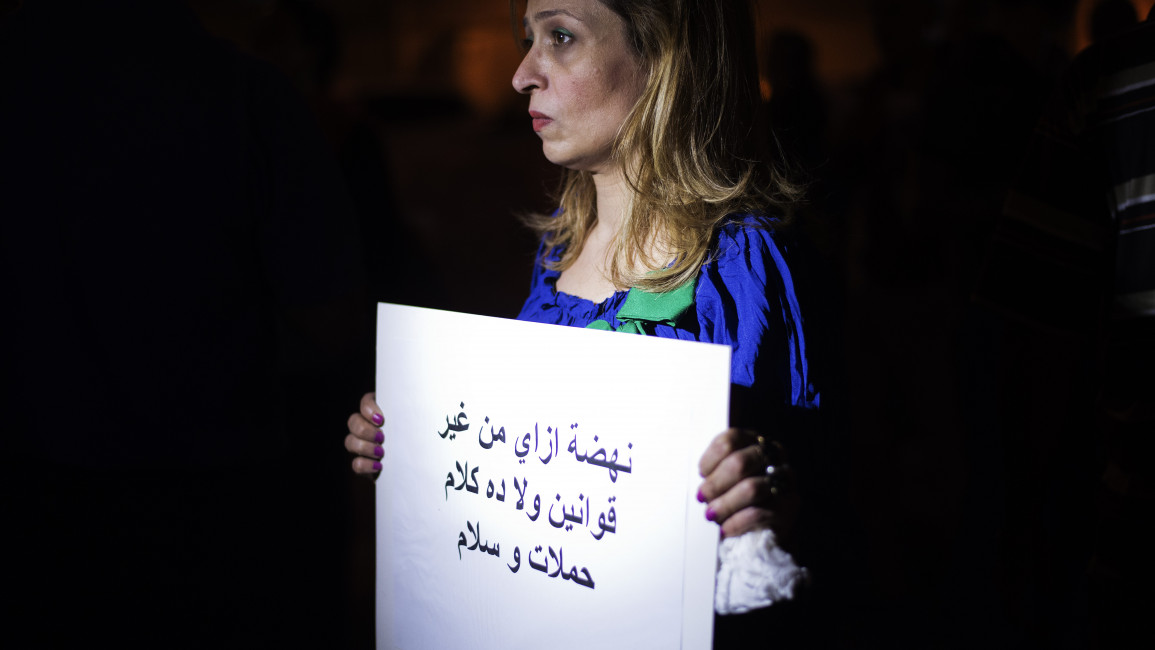 Calls for toughening laws against child marriage and violence against children in Egypt have been renewed after an underage girl had been unofficially married and her chastity questioned by her husband.

Last week, a 16-year-old girl in the northern Sharqia province got married and then divorced the following morning after her husband doubted she was a virgin.

Following her return to her family, her father took her to be examined by a gynaecologist who said her hymen was not deflowered, providing them with a medical testimony in writing.

The girl returned to her village, carried on her father's shoulder, in a procession that consisted of her family members and relatives, while her father repeatedly shouted into a speaker: "The chaste and honourable has arrived, o village."

Social media users were quick to share the video of the Sharqiya girl's parade, which was later reported by local media outlets and the interior ministry. The interior ministry posted a statement on Facebook in which it said the fathers of the bride and groom were summoned to the police directorate where they were questioned and reconciled.

A day later, a customary reconciliation session was held between the family of the girl's father and that of the one-night husband, who later re-married her.

"This incident won't be the last as apart from inherited primitive deeply-rooted social norms, it unveils several crimes: underage marriage, jeopardising a child's life and circumventing the law without being held responsible for wrongdoings," lawyer Intesar El-Saeed posted in a statement on her Facebook page.

"The girl has been subjected to physical violence, psychological damages as well as social stigma," added Saeed, also a high-profile women's and children's rights activist, and further called for tightening the laws against underage marriage.

Legally, the marital age in Egypt is 18 for both sexes. However, there is a phenomenon of underage marriages, common in rural areas, in the south and among low-income brackets, when families tend to marry their children, mostly girls, without officially ratifying the marriage until they reach the legal age.

Almost one in every 20 Egyptian girls aged 15 – 17 is married, according to a 2017 census by the Central Agency for Public Mobilisation and Statistics (CAPMAS).

"If the marriage takes place before age 18, nobody has legally held accountable unless a 'maazoun' (an Islamic, legal registrar) documents it before, he is the one being legally criminalised," El-Badawy told The New Arab.

"There must be a deterring law that protects children against early marriage and toughens penalties against the perpetrators of this crime, especially parents," he said. "Unfortunately, this crime keeps happening every day and nobody can stop it."

In April this year, the cabinet approved a draft law prohibiting child marriage. Yet so far no concrete steps have ever been taken to prevent the heinous habit.

In Egypt and other eastern and Arab countries, an intact hymen is a schema, often regarded as a girl's proof of virginity and chastity. The subject is even found in local folklore. An Egyptian proverb compares a girl's virtue (in this case the hymen) to a piece of a matchstick that can only be struck once.

The age of the husband remains unclear.

Egyptians are not new to virginity checks. In 2011 following the 25 January Revolution, the military council, running the country, ordered several women activists to take a virginity test after being detained from the iconic Tahrir square, an act that angered women's rights advocates around the world.