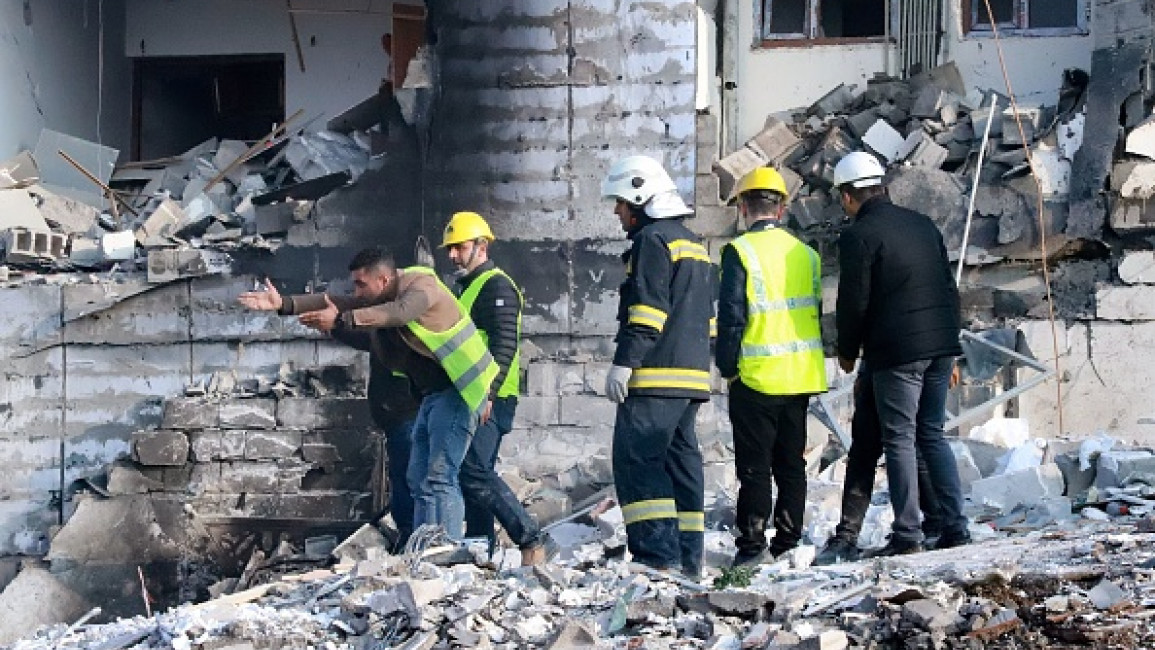 Fifteen people died and around a dozen were injured in northern Iraq when a fuel tank exploded, causing a building to collapse, authorities said Friday as search operations ended.

Provincial governor Haval Abu Bakr provided the final toll for Thursday evening's blast in Sulaimaniyah, the second-largest city of Iraq's autonomous Kurdistan region, and declared a day of mourning in the province.

"Most of the victims are women and children," Abu Bakr said, adding that "there are no more bodies under the rubble of the house".

Sulaimaniya governor confirmed that the death toll from last night’s explosion due to gas leak has reached 11, with 12 others injured — via @K24English.

Authorities said the three-story building collapsed after a leak from a liquefied petroleum gas tank used for heating triggered a blast.

Emergency services still searching for survivors had given an earlier toll of 11, but several hours later the city's emergency response chief Saman Nader announced "the end of operations," with 15 bodies found in total.

Local residents had watched on Friday morning as rescue workers, assisted by a backhoe, searched among collapsed bricks and twisted metal.

The explosion shattered the windows and blackened the facade of a neighbouring building.

Bafel Jalal Talabani, head of the Patriotic Union of Kurdistan (PUK) in power in Sulaimaniyah, said he would finance the reconstruction of the building and those nearby.

He also said he would cover medical bills of any injured needing care abroad, his party's website said.

Much of war-ravaged Iraq's infrastructure is dilapidated and tragedies are common.

The country also suffers from poorly enforced safety standards, particularly in the transport and construction sectors.

In late October, at least nine people were killed and 13 others injured when a tanker transporting gas accidentally exploded in Baghdad, the Iraqi capital.