From Palestine with Art: Palestinian exhibition at the Venice Biennale charms public and sways opinion

From Palestine with Art: Palestinian exhibition at the Venice Biennale charms public and sways opinion
Culture
5 min read
Rather than focusing on art for art's sake, Palestinian visibility at major art fairs has been a struggle fraught with issues of eligibility and censorship. But after a highly successful exhibition at the Venice Biennale, that might all be changing.

Venice Biennale is the world's foremost art event. For the first time, a Palestinian art institution was accepted to present a "collateral event" exhibition. For countries not eligible for national participation (those not recognised as a state by Italy) the "collateral event" route is the only avenue available for participation.

Dubbed From Palestine with Art, the exhibition featured 19 Palestinian artists (11 of which are women) and over 30 works of art. Over 180,000 visitors viewed the exhibition during its seven-month showcase.

The New Arab interviewed the founder of the Palestine Museum US, Faisal Saleh, to understand the impact the event has had and will have on the Palestinian art scene.

Why did you choose the Venice Biennale?

Venice Biennale is the oldest, largest, longest, and most prestigious art event related to contemporary art in the world. We focused on the Biennale because we wanted to bring Palestine to the pinnacle.

We put 2 months of hard work into constructing our dossier, our goal is to make our presence not only a one-time event but rather a regular presence at the Biennale.

How did this exhibition, From Palestine with Art, impact the local community and the visitors?

The impact was incredible – statistics show that Palazzo Mora (the exhibition venue hosting the event) received 180.000 visitors during the seven months of opening – many of those visitors were there to attend our exhibition specifically, among the several exhibitions hosted in the building.

Our project was the only official Venice Biennale exhibition in the building.

We collected 10 guest books, each with at least a hundred pages. At some point, people filled the last book with so much love, drawings and thoughts that we barely could read through it. I realised how many Palestinians came to visit from many countries - a diaspora that is alive and willing to identify as Palestinian.

Our aim was to strengthen Palestinian identity and representation through art and I can safely say we achieved that.

The exhibition had a strong impact also on the local Italian community, gathering dozens of volunteers that spontaneously supported the project, connecting with local schools and universities, with the Italian-Palestinian community and Palestinians in the diaspora, with associations, institutions, churches, mosques, and so much more.

I was impressed, meeting the people that entered while I was in Italy and listening to their stories, I felt so much solidarity and love around the Palestinian cause.

At the same time, many people were curious and asking questions and we had the opportunity to teach them about our identity and traditions, and the wonderful contribution that Palestine gives to contemporary art. This is to say that the community engagement was very strong.

What impressed you the most about the event?

Several things impressed me. I have already mentioned all the messages of solidarity and appreciation we received directly, from those who were filling the books - but also through the videos turned in by our team, interviewing the visitors, showing how the Palestinian identity is strong and rooted despite the daily attempts of erasure.

I was also impressed by the drawings of a group of young children that visited the exhibition with their primary school art teacher, inspired by the paintings of Nabil Anani.

It doesn't happen every day in the West to be exposed to artists that come from colonised, marginalised groups. We chose to challenge the cultural bias of decolonising art – and we insisted on representing women, who are often under-represented in art, by hosting 11 women artists out of a total of 19 artists.

Palestine is often misrepresented in the media as a place synonymous with war, clashes, sadness, and misery. Do you think that we need, in a sense, to re-brand Palestine? And how do you think this art show contributed to this rebranding?

I will tell you something – art has such a strong voice, it can touch people’s hearts, stronger and deeper than politics sometimes. Art is a powerful communication tool that can be if used correctly, extremely helpful in representing a whole people and counteracting the false narratives and prejudices around it.

When we listen to the performance of Dima Bakhri (who closed the official exhibition ceremonies) we're talking to the West in its own language - with the operatic style of a mezzo-soprano, in the heart of Venice, a few steps away from its famous theatre La Fenice.

PalArt Festival: A voice for Palestinian artists in the UK

This is the biggest rebranding we could ever make!

Listening to Mawtini, a patriotic poem written in 1934, in the Lirica style is implying that all the lies that are spread about Palestinians, that we are all terrorists and that we only know violence as a means of expression, are false: because when you listen to Dima you see someone that doesn't look like a terrorist, and neither sings like one.

In this sense, art wins even where the political debate fails – we made art more impactful than politics. I believe we were more effective in seven months than many years of political preaching about Palestine, giving Palestinians their own voice back.

Alba Nabulsi is a Palestinian-Italian journalist, lecturer, and translator based in Padua, Italy.

Lebanon's crisis told through the view of Kash Hamam players 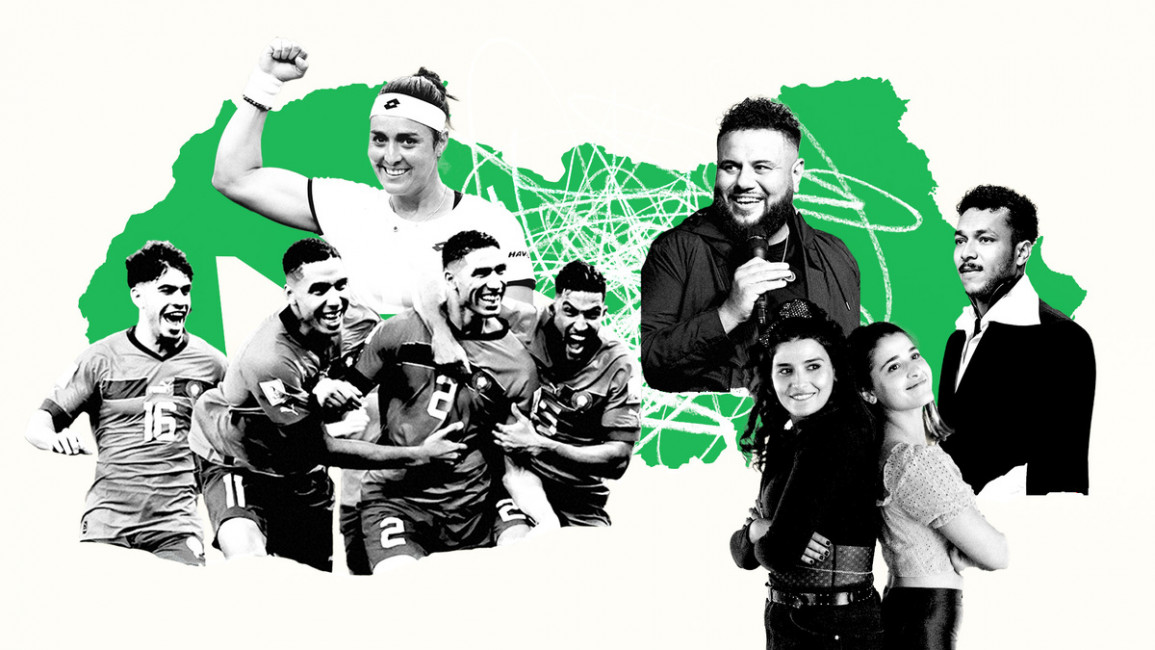 Will the year of Arab excellence continue into 2023?