Introducing settler colonialism: An essential weapon in the imperial armoury

Introducing settler colonialism: An essential weapon in the imperial armoury
Book Club
6 min read
Marc Martorell Junyent
Book Club: From the dispossession of land to the siphoning of resources, the story of our times is one determined by imperial legacy and settler colonialism. In this comprehensive introduction, Professor Sai Englert dissects this formative force. 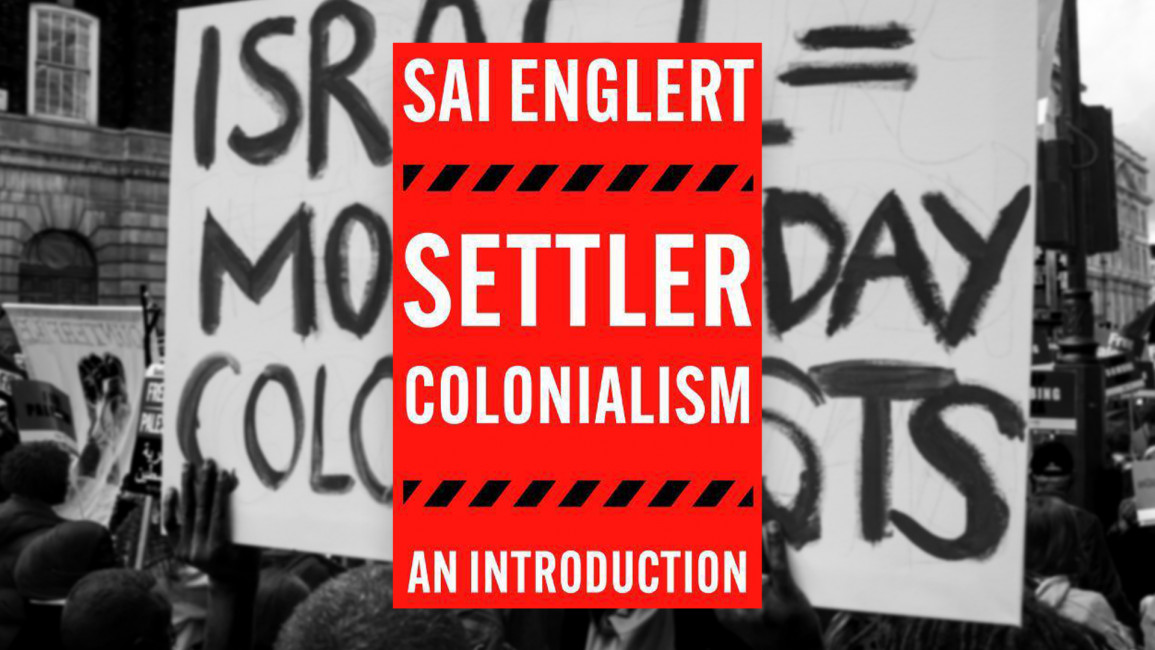 Australia, the United States, South Africa, and Israel are thousands of kilometres away from each other, located on different continents. But they all have something in common: they are the product of settler colonialism. Their particular stories of modern state formation are underpinned by processes of dispossession of Indigenous populations at the hands of settlers.

In his book Settler Colonialism: An Introduction, University of Leiden Assistant Professor Sai Englert seeks to approach the concept of settler colonialism and its multiple manifestations around the world to the general informed reader.

The author’s goal, however, goes beyond a purely intellectual endeavour. As Englert writes, “identifying how structures of domination have been built, imposed, and reproduced, is necessary in order to dismantle them.”

"Settler colonialism depends on the reproduction of its core tenet: the political distinction between the Indigenous, “who is marked for alienation from the land” and the settler, who enjoys the right to land"

In the search for the origins of settler colonialism, the author asks us to go back to the late fifteenth century. After the Spanish reached the Americas, they established structures of exploitation to the benefit of the settlers and the colonial metropolis.

Overconfident because of the enormous riches found in the Americas, Spain soon embarked itself in numerous wars that were paid through the borrowing of money from North Western European traders.

The extraction of precious metals in the Americas, argues the author, indirectly “led to growing Dutch and English power in global trade” thanks to the enrichment of their merchants, which would in turn fuel the Industrial Revolution. A process of population growth and urbanization took place in England and the Low Countries before expanding to Central Europe.

The so-called ‘urban poor’, many of them having migrated from rural areas, populated the rapidly growing cities and were seen by the authorities as a potential threat to social stability. In this context, “deporting the poor (and the rebellious) to the colonies would serve a double purpose: lessen social tensions at home and strengthen settlement abroad.”

It must be noted that only some colonial enterprises were meant to accommodate settlers from the metropolis. In contrast to settler colonialism, what is known as franchise colonialism or simply colonialism sought to control colonized societies through an imported colonial administration and cooperation with local rulers but did not intend to create a new society ruled by settlers on Indigenous land.

In the heyday of imperialism, many countries engaged in both settler and franchise colonialism.

French rule in Algeria, for instance, was settler colonial, whereas France’s presence in Tunisia was simply colonial. These differences would have a major impact on decolonization processes later on. France’s departure from Tunisia was relatively peaceful when compared with the bloody 1954-1962 Algerian War of Independence.

As Englert notes, settler colonialism depends on the reproduction of its core tenet: the political distinction between the Indigenous, “who is marked for alienation from the land” and the settler, who enjoys the right to land.

When workers’ movements emerged among the settlers demanding better working conditions from the settler colonial state and the owners of capital, the state often responded by offering cheap – or free – land and housing to the workers.

Thus, the workers were co-opted in a process that widened the divide between the settlers and the Indigenous, who were not entitled to these benefits. It is hardly coincidental that Australia became in 1907 the second nation – only after New Zealand – to establish a living family wage.

If the co-optation of workers’ movements through further dispossession of the native has been one of the pillars of settler colonialism, the same applies to racism. Although the settler colonial state normally embraced equality at a rhetorical level, it simultaneously upheld the notion that the Indigenous had racial characteristics that justified “continued relations of domination, elimination, and exploitation.”

One of the clearest manifestations of this racist logic was the creation of residential schools for Indigenous children in the United States and Canada. These boarding schools served a dual purpose: they removed the Indigenous children from their lands – facilitating settler colonial plunder – and deprived the new generations of Indigenous people of their languages and cultural identities.

For all of settler colonialism’s ability to self-perpetuate, Englert argues that we should not overestimate its strength. Settler colonial regimes collapsed in Algeria with the departure of the French and in South Africa with the end of apartheid.

At the same time, we observe contemporary cases of Indigenous peoples contesting states that emerged through settler colonialism. The author mentions the mobilizations of Indigenous peoples in the United States and Canada to stop the construction of oil and gas pipelines that are planned to cross their territories.

Meanwhile, more than seven decades after the Nakba, Israel continues to work towards the expulsion of Palestinians. This is a process that, as explained by Patrick Wolfe in his seminal text Settler Colonialism and the Elimination of the Native, takes place at two levels.

On the one hand, Israel often uses force to expel Palestinians. On the other hand, it prevents family reunions for Palestinian Israeli citizens while encouraging Jewish migration to Israel.

In the face of continuous efforts of dispossession, the Palestinians – like the Indigenous people of North America – continue to claim their rights. This could recently be observed in the Great March of Return and the protests in Jerusalem's Sheikh Jarrah neighbourhood.

At the beginning of Settler Colonialism: An Introduction, the author explains that the book is not an original piece of research. This is true.

The author’s honesty aside, however, there is great merit in what Englert does. His book introduces a concept such as settler colonialism – which has often remained a topic of academic discussion – to a broader public.

Englert’s work is informed by a rich body of scholarship on the topic that the author makes more accessible. And in the process, he demonstrates that dealing with settler colonialism is essential to understand our past, and, as the examples of Palestinian and Indigenous mobilization in North America exemplify, also our future.

Marc Martorell Junyent is a graduate in International Relations, and holds an MA in Comparative and Middle East Politics and Society from the University of Tübingen (Germany). He has been published in the London School of Economics Middle East Blog, Middle East Monitor, Inside Arabia, Responsible Statecraft and Global Policy.