In Tunisia, travel bans are weaponised to silence opposition

Since Kais Saied's coup in July 2021, the Tunis-Carthage International Airport has become a political theatre: several opponents to President Saied's regime have been banned from travelling, often without any clear reason.

Last July, Amnesty International urged the Tunisian president to stop ‘arbitrary travel bans’ against dissidents and opposition figures. In the two months following Saied’s seizure of sweeping powers, the NGO reported over 50 cases of travel bans that were imposed arbitrarily against civil servants and officials without judicial rulings.

“After these bans were reported, authorities stopped the travel bans for some time. But since June 2022, the bans policy has resurfaced, especially on former Members of Parliament (MPs),” Amna Guellali, Amnesty International regional director for MENA, told The New Arab.

"During Ben Ali's rule, the armed forces were given a great deal of leeway with little oversight from the judiciary. This reality continues today"

Since July 2021’s power grab, a large number of the 216 MPs that were elected in 2019 have been banned from travelling by President Saied. In order to travel, they need to withdraw the ‘elected representative’ designation from their national identity card and obtain a certificate from the courts to prove that they do not have any open cases pending against them.

Two weeks ago, former Ennahda MP Rabeb Ben Letaief was banned from travelling abroad. Police told her she needed to first verify her situation with the First Instance Court of Tunis.

“Border control told me I could not travel because I had a speeding ticket,” Ben Letaief told The New Arab. “It's harassment. If you are opposing Saied, they are ready to invent anything to discourage you from politics,” she added.

Before the Tunisian revolution and Arab uprisings that swept the region in 2011, arbitrary travel bans were used against “thousands of Tunisians” according to the NGO Human Rights Watch.

Taoufick Ben Brick, a famous Tunisian journalist and political opponent to former dictator Zine El Abidine Ben Ali, was periodically detained in 2000 and prevented from travelling when border police confiscated his passport at the airport. Ben Brick’s case became prominent and provoked an international wave of solidarity after being amplified by several European media outlets.

Most experts describe Ben Ali’s era as a police state. All Tunisians who were politically involved were at risk of facing restrictions on their freedom of movement. During Ben Ali’s rule, the armed forces were given a great deal of leeway with little oversight from the judiciary. This reality continues today under President Saied.

Using anti-terrorism laws, police can not only prevent Tunisians from travelling abroad but also arrest and detain them. Under a series of measures intended to combat extremism, known as S17, close to 100,000 Tunisians have faced border restrictions, according to a 2017 report by the Transitional Justice Observatory Network.

In 2015, the Ministry of Interior officially launched this informal policy in order to prevent Tunisian youngsters from joining extremist groups. The Ministry of Interior defines it as “a preventative measure to be taken in the presence of information or suspicion about the possible recruitment of people by countries classified as conflict areas like Syria and Libya, or persons who have visited or taken part in conflicts in those countries”.

Since then, many government officials have used this judicial flexibility to their advantage. Former chief of government Youssef Chahed, for example, was accused of using arbitrary travel bans as a bargaining chip in order to obtain majorities in the Parliament for the government’s bills.

Since July 2021, Ghazi Chaouachi, a lawyer and former MP, has emerged as one of the major leaders of the opposition to Saied, calling for an immediate return to parliamentary democracy.

He explained to The New Arab how arbitrary travel bans are handled at the airport. “The bans happen when you reach the border control agents. They send you to another room to wait while Carthage decides if they can allow you to go or not.”

Legally, it is impossible to ban someone from travelling without an open case and a decision from a judge.

“Leaving such responsibility to the police is dangerous: a policeman always doubts you. It's his job. Justice needs to codify the whole process in order to prevent arbitrary rulings,” said Chaouachi.

Oussama Sghaier, a former Ennahda MP, tried to travel twice in June 2022, but both attempts proved unsuccessful in the face of an order restricting his movement. “After I handed my passport to the border control agent, I saw that the screen indicated something because the frame turned red. He then asked me to wait,” explained Sghaier to Amnesty International.

After dissolving the parliament and sacking 57 judges, President Saied established his authority through the army and police. Limiting the right to move freely is an informal policy that also threatens freedom of speech by scaring Saied's critics.

“My parents are now worried when I post something on Facebook about the president,” explained Anis, a Tunisian student in France. “I was too young during Ben Ali’s regime to notice those kinds of things, but  my family tells me that Saied is using the same methods.”

“Anyone who has any political involvement is now threatened by those bans. This is a major attack on our rights to circulate. Some people cannot join their family, get medical attention or simply work in Europe,” she explained.

Major opponents to Kais Saied have been banned from travel, including former Minister and leader of the political party Afek Tounes, Fadhel Abdelkafi, last November. His party accused state institutions of, “being instrumentalised to suppress the opposition and target political figures”.

In 2020, at least 20% of Tunisians wanted to leave the country. Some think that these arbitrary travel bans are a way of bullying potential political opponents into silence in order to maintain the illusion many have of living, working or studying abroad.

Restrictions on movement and travel bans are strong tools in the hands of President Saied, whose regime is facing a deepening economic and political crisis, with a record-low turn-out of 11% of eligible voters in the first elections since his power grab, and a growing protest movement against his rule.

Amine Snoussi is a political analyst based in Tunis.

Will Riyadh steer Pakistan out of its economic quagmire? 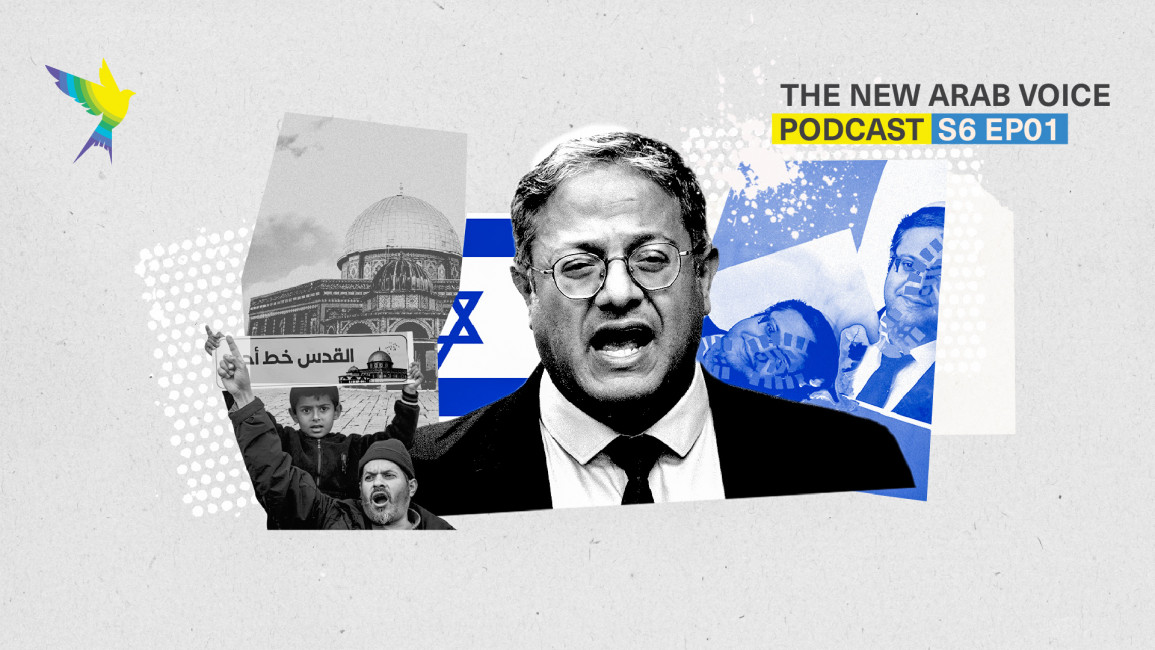 Israel's Far-Right is Al-Aqsa-ing for Trouble